With Rogers outages and Air Canada delays, we're thinking these two should merge
Skip to content 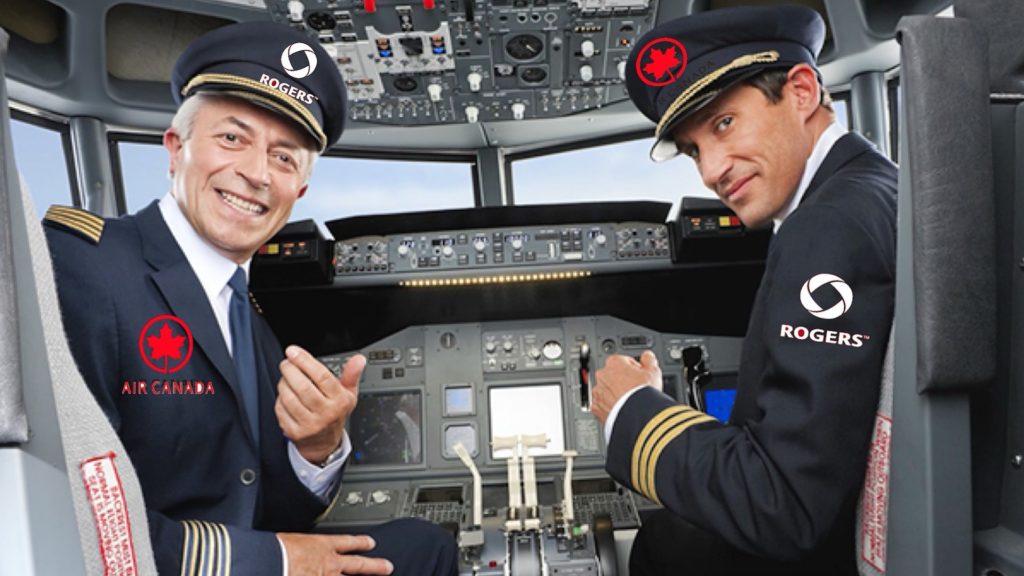 From flight delays to internet outages, Air Canada and Rogers are not very popular these days in Canada.

Rogers just made enemies with millions of Canadians across the country today in a nationwide outage affecting not only wireless, internet and cable connections but also banking, government and emergency services. The outage, which began early Friday morning, is currently still happening, causing crowds at local coffee shops and libraries as work-from-homers look for places to connect.

But it’s still up for debate whether Rogers has eclipsed Air Canada in rousing the ire of Canadians. It’s been a few hellish months of flight delays, cancellations and lost baggage for the airline, all while failing to compensate travellers fairly. At least it has a number one ranking worldwide – for flight delays, that is. The carrier saw 65 per cent of flights arriving late. Air Canada cut their summer schedule recently, citing staffing shortages – no surprise, considering the airline laid off thousands of workers during the pandemic and is struggling to hire them back now.

Perhaps the two companies, vying now for Canada’s most-hated spot, are planning a merger of epic proportions – a one-stop-shop where Canadians can go to get the worst service, the most frequent delays and the most infuriating reminders that Canada’s biggest industries are massive oligopolies.

We asked our Streets of Toronto followers for their best name suggestions for an Air Canada-Rogers merger. Here are some of the best ones!

Check out Streets of Toronto’s Instagram for more name suggestion and drop your own in the comments!