With a new album and renewed energy, The Wooden Sky are ready to soar - Streets Of Toronto
Skip to content 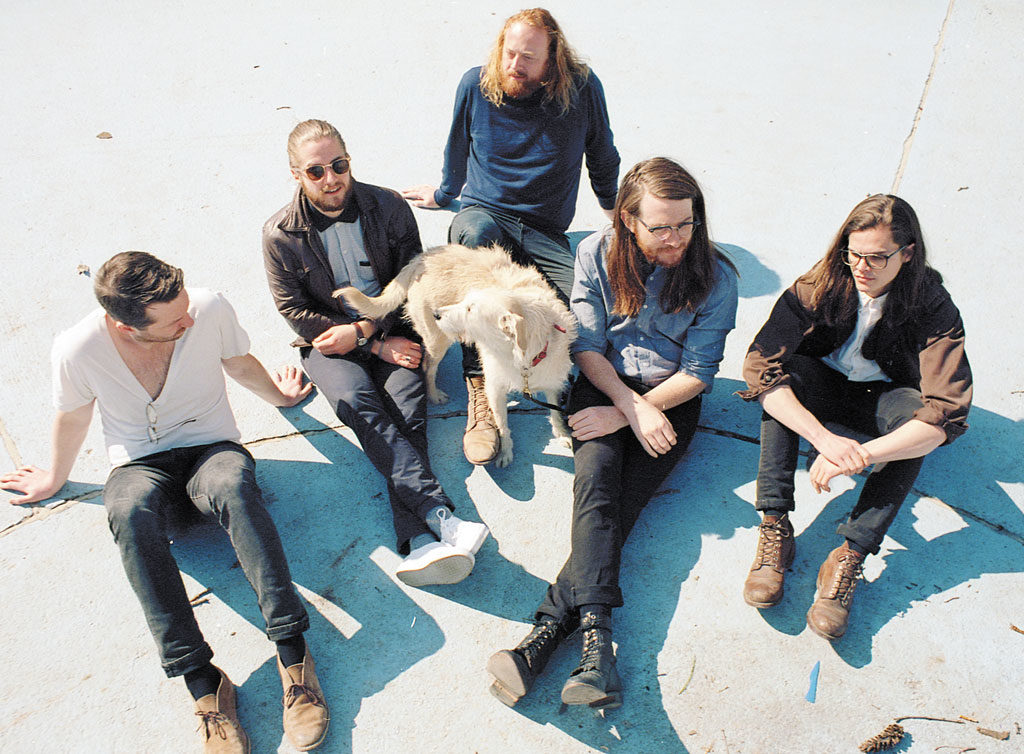 Gavin Gardiner, of Toronto roots outfit the Wooden Sky, is sitting across the table at a café/vinyl record shop on Bloor Street West near his home in the High Park neighbourhood. The band has been through some serious upheaval, including the departure of long-time bass player Andrew Wyatt, but Gardiner, with a new album and a cross-country tour on the way, is more interested in sharing his wife’s favourite joke.

“What’s the difference between a folk musician and a large pizza? A large pizza can feed a family of four,” says Gardiner with a laugh, before adding, “stop telling that at your family gatherings!”

It’s this kind of low-key candor that comes with experience and an acknowledgement that ups and downs are part of being a musician in Canada, even the folkies.

For Gardiner and the remaining members of the Wooden Sky the last year has been a lesson in balance and renewed commitment.

The remaining band members — Gardiner along with Simon Walker and Andrew Kekewich — came together to decide whether or not to continue their critically acclaimed project as well as talk about the possibility of starting their own record label.

“It sort of forced us to step away and say, ‘OK, is this working?’ ” says Gardiner. “ ‘Is this really what we still want to do?’ And we decided, yeah, we still want to make music together, and the three of us sort of dove in headfirst and started working.”

The result, their new and fourth album, Let’s Be Ready, released on Sept. 2, shows renewed energy and depth and a band in full control of their creative process.

The Wooden Sky also recently established their own studio along with a record label, Chelsea Records, which enabled the band to really push themselves into new sonic territory and experiment much more than on previous albums.

Process has a large impact on the final product, according to Gardiner, and the band has completely revolutionized their process.

“In a collaborative environment, you go through stages, and in a three-hour period, you’d hit a wall and we’d just stop,” Gardiner explains. “Now, we’ve forced ourselves to keep digging and find new ways to do it not just get frustrated, quit and come back later.”

The band recorded at home with producer Chris Stringer in Toronto, following on the heels of their previous two albums done under the guidance of producer Howard Bilerman at legendary Montreal studio Hotel 2Tango.

“It was really nice; we kind of took what we learned from Howard and brought that with us,” says Gardiner. “And to be able to bike to the studio every day and go home afterwards, that’s a treat.”

The Wooden Sky plays two shows at Lee’s Palace on Oct. 17 and 18. For more information, go to www.chelsea-records.com.