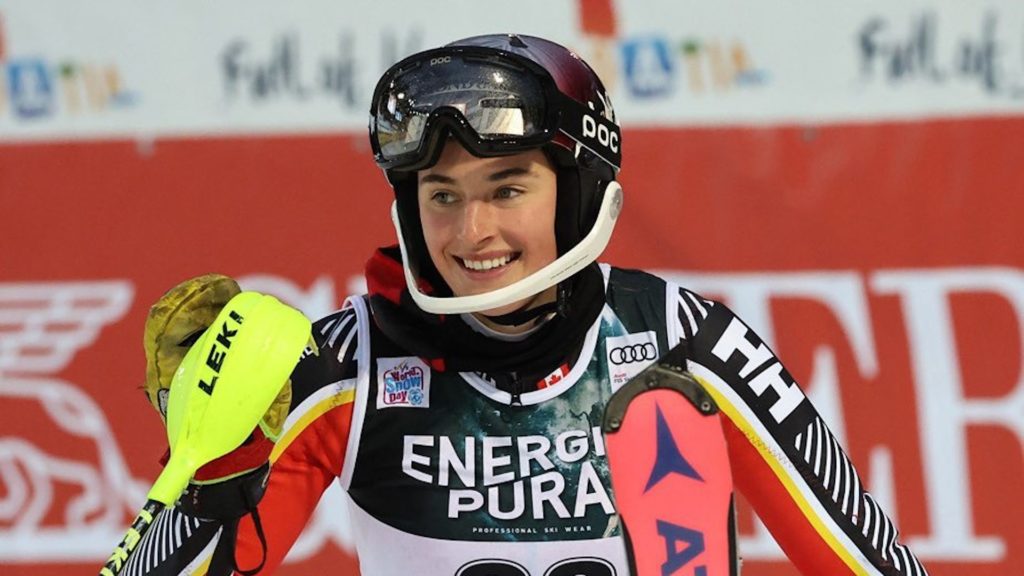 Slalom skier and hometown athlete Ali Nullmeyer got her start in the sport making the drive up to Georgian Peaks Ski Club in Collingwood as a youth. And look at her now, on the way to her first Olympic Games in Beijing. Here is what you need to know:

Background: Nullmeyer was born and raised in Toronto attending Havergal College from Kindergarten to Grade 8. The 23-year-old skier got her first taste of snow on a family ski trip to Utah when she was just 18-months-old. Not long after, she began skiing out of the Georgian Peaks Club in Collingwood. For high school and even more skiing, she attended Green Mountain Valley School in Vermont. In 2015, she joined the Canadian Alpine Ski Team and made her World Cup debut at the 2017 FIS Alpine World Ski Championship in St. Moritz.

Earlier this month, Nullmeyer finished fifth (a career-best) in a recent FIS World Cup stop in  Zagreb, Croatia that solidified her spot on the Canadian Olympic team.

What you need to know: During the 2017/2018 season while training for the World Cup opener in Austria, Nullmeyer tore her ACL and meniscus in both knees. It took her 11 months to get back out on the snow. She’s also a full-time student-athlete in the National Collegiate Athletic Association’s (NCAA) and plans to graduate from Middlebury College, located in Vermont, in 2023.