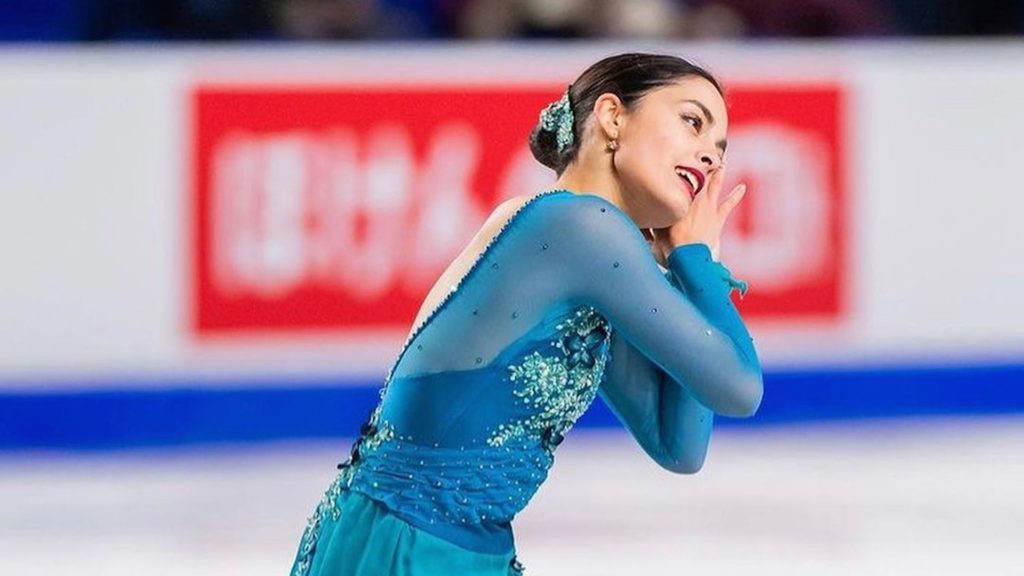 GTA figure skater Madeline Schizas is an 18-year-old, two-time Skate Canada Challenge champion who hails from Oakville. At the age of six, she attended the 2010 Winter Olympics in Vancouver and it was then, she fell in love with the sport, thanks to a dazzling performance by Joanie Rochette who took home a bronze medal for Canada despite tragically losing her mom just a few days earlier. Schizas is one of 13 figure skaters representing Team Canada at Beijing 2022, and the only Canadian vying for gold in the Women’s Singles competition. No pressure. Here is what you need to know:

Background: Schizas took the rink at the age of three, and by the time she was 16, had amassed a number of medals including the 2018 Ontario Winter Games Novice Champion, the 2019 National Junior Silver Medalist, and an Ontario provincial medal. At her senior debut in 2020, she won her first Skate Canada challenge and took home a bronze medal at the 2020 Canadian Championships. The upcoming winter games will mark Schizas’ first Olympic appearance. She’s set to celebrate her 19th birthday on Feb. 14, just one day before she competes in the short program.


Career Highlights: At the World Championships in Stockholm, Sweden, Schizas finished 13th overall. This was only her second senior international competition and her debut at an International Skating Union (ISU) Championship.

In early January, Schizas clinched the gold medal at the Canadian Figure Skating Championships in Ottawa, securing her spot on the Olympic team.

What you need to know: When she’s not on the ice, Schizas attends the University of Waterloo where she’s studying urban planning. She’s also an accomplished singer and pianist and for the last three years has been a children’s music teacher. She’s even dabbled in the entertainment world, appearing as a skating double on the Netflix series, Spinning Out alongside veteran figure skater, Johnny Weir.

Fun Fact:  While the majority of figure skaters spin and jump counter-clockwise, Schizas naturally spins and jumps in the clockwise direction.