Will the third time be the charm for Mayor Tory to leave his mark? - Streets Of Toronto
Skip to content 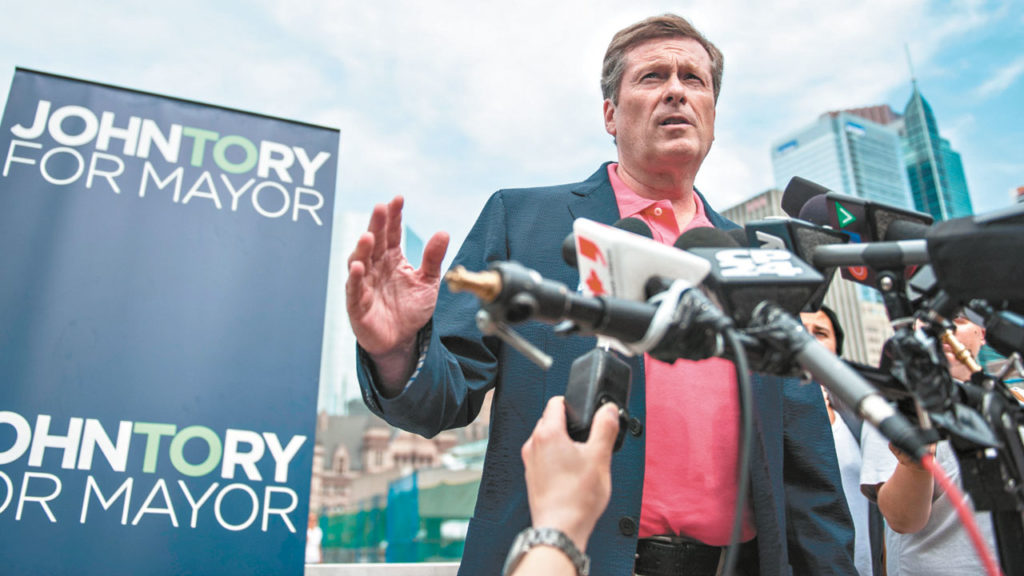 The next four years will be incredibly difficult for the City of Toronto. City council is broke: it does not have the money to meet the very modest priorities established for 2023. It is some $800 million short, a sum much too large to be made up with a property tax increase. The big tax programs — income tax, corporate tax, HST — all flow to the provincial and federal governments, while the city is left begging them for support.

The homeless problem is increasing, not decreasing. That’s a result of two factors: the inequality in our city, with abysmally low rates of welfare payments, and the shortage of affordable housing. The city has no direct control over inequality and does not have the funds to address the affordable housing crunch in the short or long term.

Climate change is sure to present more serious challenges for the city in the next few years — as it did recently in Montreal with extensive flooding. The city does not have the funds to take the protective actions needed to strengthen infrastructure.

City staff is stretched beyond its limits, and too many basic city functions are not being attended to. Starving the city bureaucracy of funds has resulted in ambitious and imaginative staff abandoning the city to find work in the private sector, and those who are left are worked too hard.

And with the strong mayor legislation now passed by the provincial government, city councillors have no significant power to change city priorities.

For the first time in the city’s history the mayor is in charge, and the mayor is required by the strong mayor legislation to adhere to provincial priorities. Provincial governments have belittled city government for the past 25 years: the megacity legislation in 1997; the reduction in the size of city council by 50 per cent in 2018; and now the strong mayor proposal.

John Tory has been mayor for the past eight years. He might have made speeches about some of these issues, but he has not mobilized any sustained pressure to ensure the big issues are addressed. He could have been a strong supporter of the charter city idea, which would give the city more power and money, but he chose not to be.

At the moment, John Tory seems most likely to be re-elected as mayor: there are several dozen other candidates running against him, but none have much of a public presence or even experience on city council.

He has given no good rationale for running again.

He is a nice man and has brought a sense of civility to the office, but he’s timid and sometimes misguided, such as when he authorized spending $2 million to remove a few dozen homeless people from a park.

Can he leave a legacy of which he and the city can be proud? Certainly, but it will require him to change his approach.

This will be a big change for John Tory. If he does not make that change, his legacy will be as the city’s longest-serving mayor who served when the city spiralled downhill. Let’s hope he does change.