Why are Doug Ford and John Tory rewriting the rules of local democracy now? - Streets Of Toronto
Skip to content 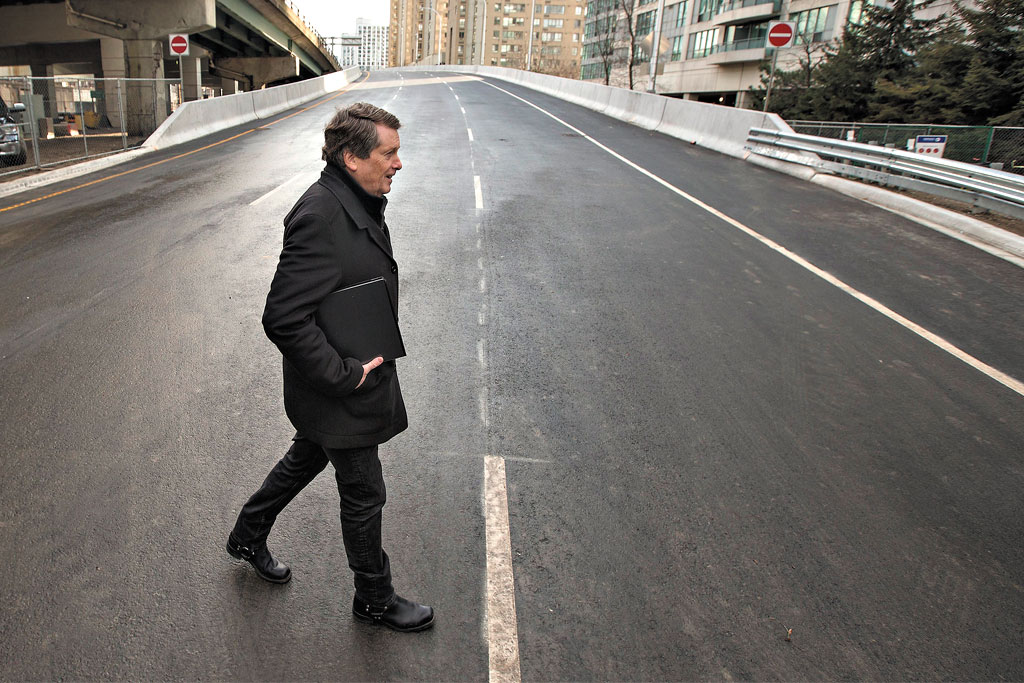 This is not the John Tory for whom the people of Toronto signed up just a month ago.

This week has been a rough one for democracy in our city and the entire province of Ontario. We learned that the province is rearranging municipal governance to suit its own needs, backtracking on a pledge to protect the Ontario Greenbelt, and even Mayor John Tory is getting in on the anti-democratic act by demanding and apparently getting new powers to override the will of the majority of the city council when it suits him. It sounds awful. It sounds anti-democratic. And what’s worse, this was known before both elections and not one person spoke up to allow the people of Ontario to vote on these massive changes.

How? How is it possible that putting development over the health of our air, our water, and our food sources shouldn’t be an election issue? Sure, that might be the priority of the building industry-backed Ontario PC Party and that’s their business. But for a party that seems to bill itself as one “for the people,” it apparently doesn’t think their thoughts and opinions matter for much.

It is the moves of Mayor John Tory that are the most surprising and disappointing. This is a person who I believe prided himself on taking a common sense and measured approach. A person who doesn’t lose votes at city council because he can work and does with others — fellow city councillors, local residents and businesses and other levels of government.

So, the first question is why he thinks he needs new powers that allow him to basically do what he wants whenever he wants on matters of provincial priority. And, secondly, since he was campaigning behind the scenes to grab more power than any other jurisdiction in any region of our country, why oh why Mr Mayor, was this not mentioned leading up to the election? These sorts of moves don’t happen overnight, or on a whim, this was most assuredly coming for some time. Why override local democracy?

This leads to the final question for Mr Tory. What’s coming next? Surely this build-up of power unlike anything we have seen in the city’s history must be leading to something. And, frankly, I’m getting more than a little nervous about the next shoe to drop.

It is the same formula for the province. We know the video that existed of Doug Ford pledging to carve up the Ontario Greenbelt for development.

He was caught and pledged to protect it. Now, of course, we know that was not true.

And, again, there was an election in June. Like, five months ago. Where was the plan to carve up the Greenbelt and threaten our air, water and food at that point?

A local media report revealed that developers were purchasing property on the protected Greenbelt. We know that the rules did not allow for development on those lands. But now that the Ontario PCs are elected, it is going to be allowed. Yet, this was never a plan despite the existence of a video suggesting just that. Is that the story?

Either way, this was most assuredly something that could have been brought to the people in an honest way before the election so they could think about it, think about future generations, the threats to the environment and the other options available and then voted on like adults.

If the will of the majority is to protect our water and our farmlands and make sure development is built in appropriate places then suck it up buttercup because that’s how democracy works.

Hiding plans from the electorate prior to democratic elections in order to gut environmental regulation, build on the Greenbelt, and rewrite local governance is shameful.

It doesn’t work by telling voters what they want to hear and then getting in power and changing the democratic landscape of an entire province. That’s not democracy. That’s tyranny.