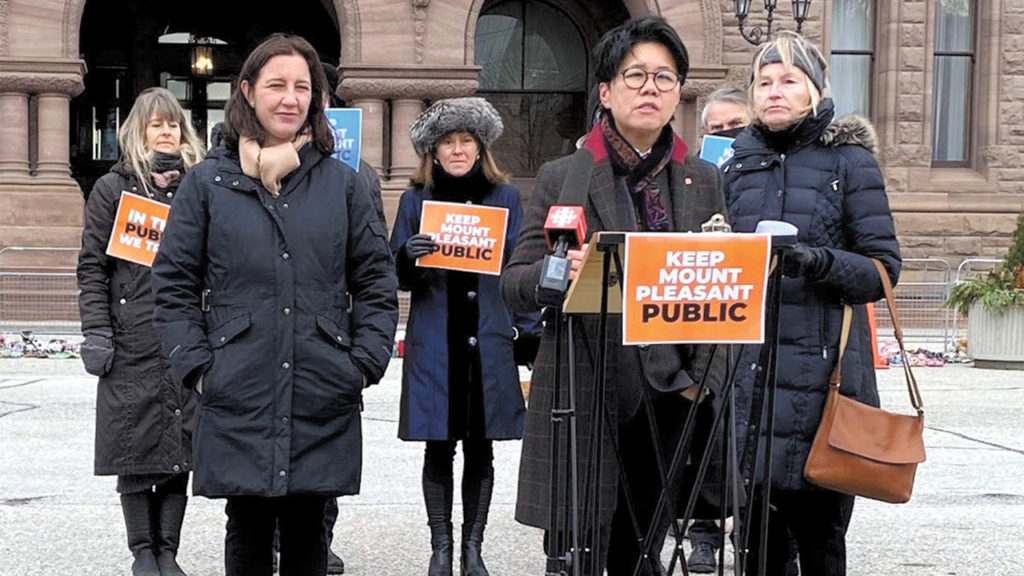 Last month NDP MPP Jessica Bell (University-Rosedale) tabled a bill to enshrine Mount Pleasant Cemeteries as a public trust, the latest chapter in a saga to decide who actually controls a group of GTA cemeteries.

The Mount Pleasant Group of Cemeteries (MPGC) owns and controls 10 cemeteries in the GTA, covering 1,222 acres of land, including Mount Pleasant Cemetery. It was created by a special act of the legislature of Upper Canada in the 1800s. It has been involved in a legal fight since 2013 with citizens group Friends of Toronto Public Cemeteries (FTPC) and city councillor Kristyn Wong-Tam, acting as a private citizen.

They contend that MPGC should be considered a public trust and the group’s board members should be publicly elected according to an 1849 statute. In December 2018, the Ontario Superior Court of Justice ruled that MPGC was a charitable trust and thus subject to public financial scrutiny and that none of MPGC’s directors had been appointed according to the 1849 rules.

MPGC appealed the ruling on the grounds that an 1871 act that incorporated MPGC negated the election provisions in the 1849 act and that MPGC was not a charitable trust due to not serving a charitable purpose.

In May 2020, a court of appeal panel overturned the lower court’s decision but noted that since MPGC is a trust created by the province it could be re-legislated if the province saw fit.

Bell held a press conference on the day she tabled the bill, alongside Wong-Tam and Pamela Taylor, co-chair of the Council for Consumer Industry Fairness in Bereavement.

“The courts have confirmed that the province has the power to ensure Mount Pleasant Cemeteries remain in public hands,” said Bell. “The Ford government should enact its power and restore this valuable public asset to the citizens.”

Wong-Tam, who along with FTPC pursued an appeal to the Supreme Court of Canada after the provincial court’s initial ruling was overturned, expressed gratitude to Bell for bringing the bill forward.

“This issue demands that we ask critical questions about our public space and whether we believe that a charitable, publicly funded cemetery trust should be able to unilaterally declare itself to be a private enterprise,” said Wong-Tam.