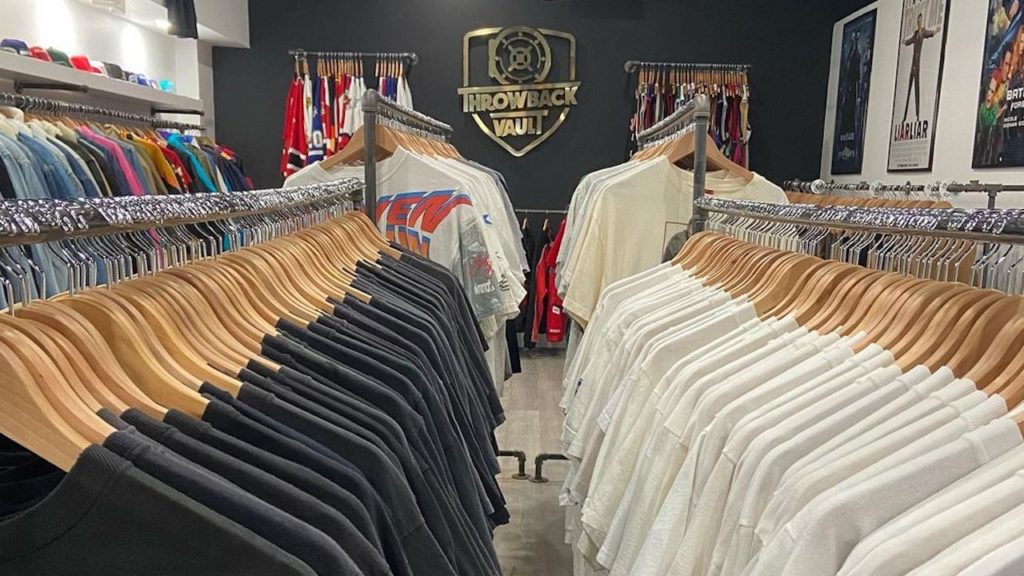 With the never-ending flow of concerts reaching a new peak this August, people’s love for vintage band T-shirts is through the roof. Toronto’s concert scene this summer has been especially good for those still listening to their favourite bands from the ’80s. To make sure concertgoers look as fly as possible for the shows, here are five terrific vintage stores in Toronto to find ’80s band T-shirts.


Located on Queen Street East, Good Juice Box Vintage offers customers an assortment of vintage items for all. The store carries vintage pieces from all eras, including some staple, outfit-defining garments. Notably, the store has been known to carry band T-shirts from beloved groups such as the Red Hot Chili Peppers and KISS. 798 Queen St. E.


Throwback Vault sources one-of-a-kind vintage pieces to give customers a shopping experience that can’t be found elsewhere. The store is chock full of vintage wear, but it mostly caters to crowds that adore vintage sportswear and band Ts. From Lionel Richie tour shirts to heavy metal tees from Winger and Megadeth, Throwback Vault is sure to have something for that summer concert experience. 550 Queen St. W.


Lost Boys Vintage might have one of the most impressive vintage vaults in the entire city. Its Etsy shop currently has 22,633 listings, with countless band Ts in the mix. Deep Purple, AC/DC, Iron Maiden and Led Zeppelin are just a few of the bands represented in the store. The brick-and-mortar location can be found in the vintage haven that is Kensington Ave. 38 Kensington Ave.


The ’80s and ’90s were dominated by two different MJs. One of them was moonwalking across the stage (Michael Jackson), and the other was slipping through defenders in an acrobatic fashion (Michael Jordan). Both of these masterminds are on display at Fruit Market, which carries everything from Toronto-related sportswear to T-shirts of some of the hottest ’80s bands and performers. Notably, the store has carried Michael Jackson merchandise along with Three Dog Night and other rock bands. 938 College St., Corner Entrance – Basement

In Vintage We Trust


Finally, we have In Vintage We Trust, the self-proclaimed history museum on Instagram that is wheeling steals and deals daily. The store has been known to carry a ridiculous amount of graphic Ts among retro counterfeit goods (advertised as such) and athleisure. IVWT has been visited by countless bands (in T-shirt form, that is) and they promptly exit in a brown bag, including Cypress Hill, Beastie Boys and many more. 1580 Queen St. W.