What’s your street cred score? Your word is key for setting boundaries with kids - Streets Of Toronto
Skip to content 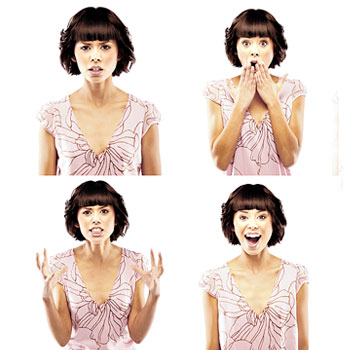 How’s your street cred with your kids?

By which I don’t mean do they think you’re cool. In fact if they think you’re cool then I think you’re in trouble. But more on that another time. Street cred is how seriously they take you when the rubber hits the road. All kids sometimes give their parents trouble when parents set limits or tell them to do stuff like homework and chores. The issue is how much trouble.

That all depends on your street cred. Which you raise or lower based on how you respond when your kids are difficult. Let’s say you go to the really bad place. You become a nag. Here’s how it goes: You ask your child to do their homework … wash the dishes.… Clean their room.… They don’t do it. You ask again. They still don’t do it. You ask again. And again. And maybe again.

You are now officially a nag. Which is not good because your street cred just went down about 10 points. This is way worse than the Dow Jones dropping. When your street cred takes a tumble, your kids say to themselves: “Wow, Mom (or Dad) is really not in charge here. I can do whatever I want and I sure as hell don’t have to do what they tell me to do.”

They have rock solid data telling them that — you gave it to them by repeating your instruction over and over — and letting them ignore you. You have effectively created your very own street cred problem. The more times you ask a kid to do something and they don’t listen, the more your credibility goes down.

There are even worse places to go (and we’ve all been there). You could say: “If I have to tell you one more time.…” That’s a perfect way to drop your street cred score. You are effectively saying that you’ve run out of gas, parentally speaking, and you’re gonna try really hard to figure out how to get it back. But for now you have no idea how. You’re in trouble now.

That street cred downgrade is similar to the one you get when you say: “If I have to tell you one more time.…” And equally similar to yelling at your kids. When you yell, they know they’ve got you rattled and they lose respect for you. Every time you raise your voice, your street cred rating goes down.

And every time your street cred goes down, you make it harder to manage their behaviour the next time. So it’s way better to address them not listening, than to repeat yourself over and over.

You address the problem by labelling their behaviour and saying how it makes you feel: “When I ask you to get ready for bed and you ignore me, it makes me feel really disrespected. If you don't want to get ready for bed I’m happy to talk about why, but ignoring me is not okay.” Usually when called on the ignoring behaviour, and asked why they’re ignoring their parent, kids like to talk about why. You may not achieve instant compliance (although it usually improves) but you will at least protect your street cred.

Your street cred ranking is not a one-off event. It’s long term data that kids are constantly collecting about all the grownups in their life: This one really means it; I can’t screw around when she tells me to do something but that one let’s us get away with murder, no problem. It’s a lot more difficult to rebuild street cred than it is to create it in the first place.

Like trust. Or coral reefs. They’re a lot harder to rebuild once they’re gone than they are to preserve in the first place.

Parenting columnist Joanne Kates is an expert educator in the area of conflict mediation, self-esteem and anti-bullying, and she is the director of Camp Arowhon in Algonquin Park.