What will be left of Yorkville when 25 developments with thousands of condo units are built? - Streets Of Toronto
Skip to content 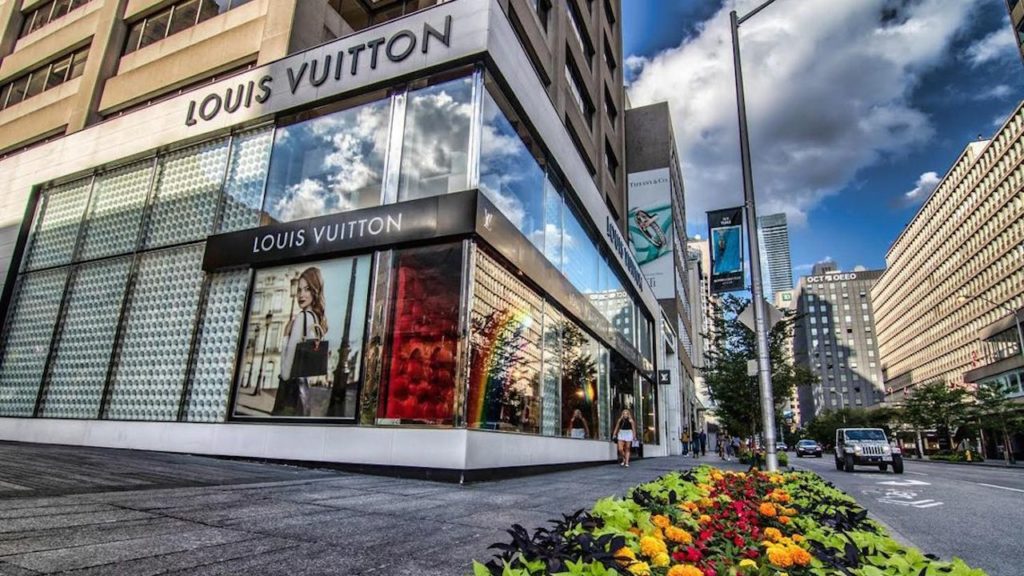 Faced with a barrage of steel and glass from new condos, Yorkville is in the fight of its lifetime to preserve its character.

The area is currently facing up to 25 developments at various stages, from proposals to nearly complete construction. The developments range from 50 storeys all the way up to 77, and are poised to bring up to 10,000 new residents to the neighbourhood.

With that many new, tall buildings and people, it is taking a concerted effort from the area’s residents associations, local BIA and city planners to keep the developers at bay.

Keeping the area’s village-like character intact is being achieved through a number of provisions. Zoning in the core of Yorkville only allows low-rises, something the Greater Yorkville Residents Association worked with the city on about five years ago to achieve.

Former Toronto chief planner Paul Bedford, who now is involved with GYRA, said that the hope is to keep the tall condos on the peripheries and arterial roads of Yorkville.

“Think of it as a pie analogy, with the upper crust being the major roads and the inner filling being the heart of Yorkville,” he said. That heart includes Yorkville Park and low-rise buildings that have seen the area evolve from a haven for hippies and a burgeoning music scene in the 1960s to the upscale neighbourhood it is today.

To keep the pie vision intact, GYRA president Alan Bedford told Post City that planning staff have to be tough on developers to enforce the city’s rules. However, they are faced with a developer-friendly appeal board, the Ontario Land Tribunal, that builders can turn to to skirt past planning guidelines.

Baker said that the OLT is a “real problem” when trying to maintain Yorkville’s character, but stakeholders can be creative with developers and get trade-offs to help build a public realm while adding density. For example, two 77-storey towers that will be built where the Harry Rosen flagship store currently sits were allowed in exchange for an expansion of Yorkville Park.

Building a public realm can ultimately be in developers’ favour, as the character of Yorkville is what draws in new residents and allows high-price condos.

“They don’t want to kill the golden goose,” Baker said.

Local councillor Mike Layton knows all too well the importance of the public realm for condo-communities. He oversaw the development of Liberty Village and Fort York before residing over Yorkville, two areas that have received some criticism for lacking a neighbourhood flavour.

Layton said both areas were missing critical elements from the outset that later had to be added in — Liberty Village needed an accessible transportation network, while Fort York had a lack of amenities.

He saw that a public realm was critical to a liveable community.

“If you have those places to gather … that builds community way more than any structure of buildings,” Layton said. “At its core, it’s about getting people to walk around.”