What to do in Buffalo after the long-awaited reopening of the Canada-U.S. border - Streets Of Toronto
Skip to content 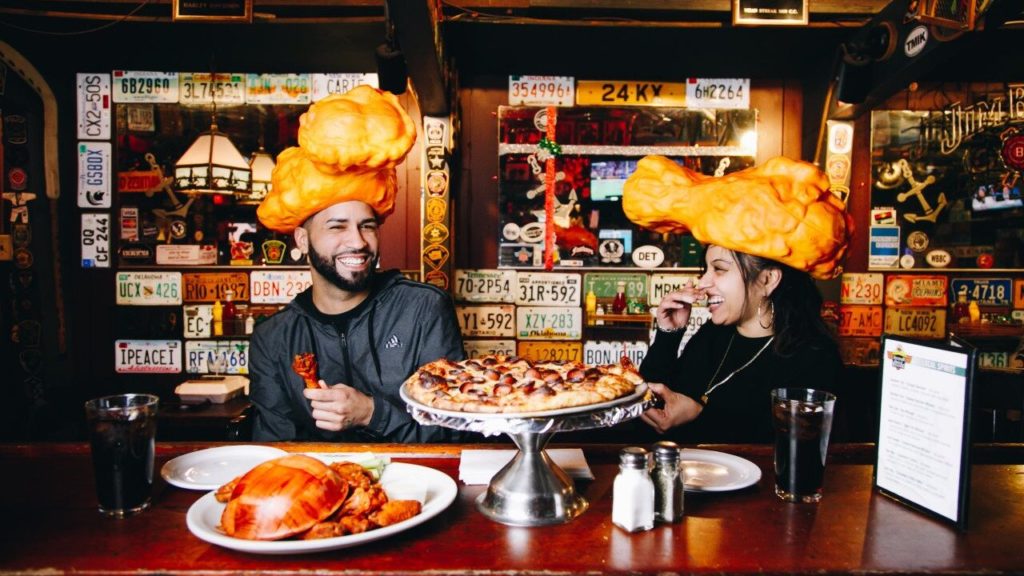 Natalie Preddie is a travel and lifestyle writer, speaker and guest expert on Cityline, Your Morning and Global’s The Morning Show.

The Canada-U.S. land border just opened on Nov. 8 for non-essential trips by vaccinated travellers, and for many, it can’t come soon enough. This is the first time the border has been open for travel in over a year and a half, and from family reunions to long-awaited trips, the Canadians and Americans alike are excited. For those in search of a short trip stateside, Buffalo, New York, is an ideal destination. Shopping, the Bills and the Cheesecake Factory aside, there are many reasons to visit our neighbour to the south.

Anchor Bar is home to the original Buffalo-style chicken wing. When bartender Dominic Bellissimo and his mother, Teresa, deep-fried wings and coated them with homemade hot sauce in 1964, they had no idea that they were creating a worldwide phenomenon. People have been flocking to Buffalo’s Anchor Bar ever since to devour what have been called the “Best Wings in The World.” Since then, the secret sauce has been bottled and distributed worldwide. But nothing can top the original.

Take in world-renowned art at the Albright-Knox Art Gallery


As one of the oldest art galleries in the United States, the Albright- Knox is known as a museum  collecting, conserving and exhibiting modern and contemporary art. The museum works with artists to display unique pieces from the last 150 years. Peruse beautiful impressionist and post-impressionist work from Degas, Renoir and Monet or take in the work of 20th-century revolutionary artists like Kahlo, Matisse and O’Keefe. Even current artists such as Tara Donovan, Cindy Sherman and Jeff Wall can be seen here.


As Canadians, we know that Horseshoe Falls is the superior of the Niagara Falls. One of the best views of said waterfall is from Buffalo. Enjoy the majesty of our unrivalled waterfall from the U.S. of A.