Want to catch a glimpse of Taylor Swift in Toronto today? - Streets Of Toronto
Skip to content 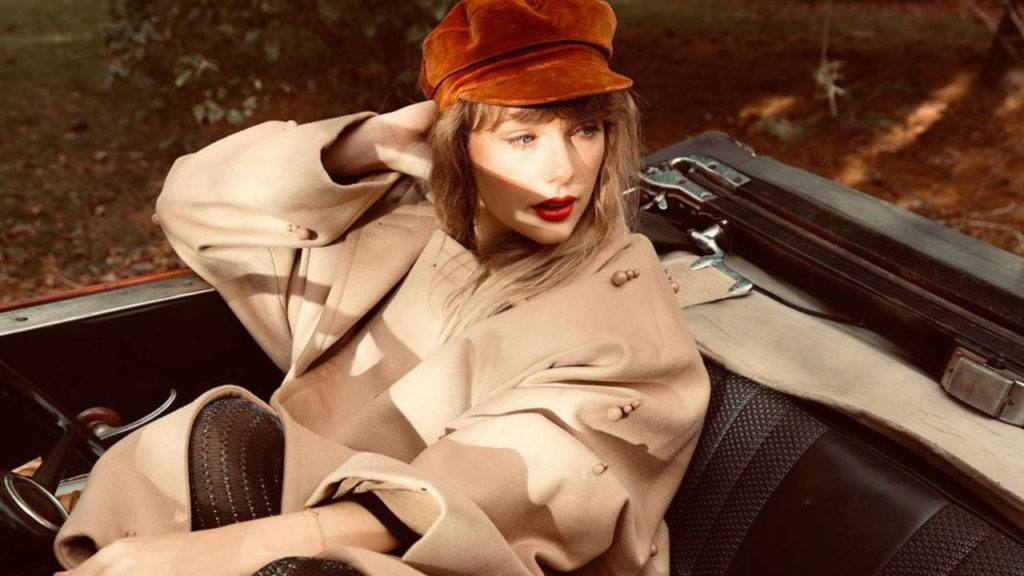 Every year, celebrities, filmmakers and local art lovers come together to enjoy a conglomeration of the year’s best films. At TIFF, celebrity-driven films are shown alongside indie productions which creates a unique viewing experience for all.

This year is like no other, as we expect the city to be crawling with globally renowned celebrities. Continue reading below as you learn who created what, what it’s about, and where the stars will be for the premieres.

This year, Taylor Swift has a conversation broadcasted at TIFF Bell Lightbox on Sept. 9 at 7 p.m. Swift will be making an appearance and will surely spend some time greeting fans before she heads into the theatre for a conversation with TIFF’s Cameron Bailey.

The creative powerhouse, singer, songwriter, actor and producer will also feature in a short film titled All Too Well, in which a young woman and man find their love fracturing, ultimately ending. However, the young woman remembers the affair far too well, letting it affect her negatively.

Cage plays a buffalo hunter who lures a naive young man into an ambitious expedition across the Colorado Rockies in Butcher’s Crossing. Watch as the pair crawl across the treacherous mountains, winding up in more trouble than you could imagine.

Butcher’s Crossing premieres at Roy Thomson Hall at 9:30 p.m. on Sept. 9, so Cage fans should get there early to catch him walking the red carpet.The post-premiere party is slated for the “Jaguar Suite” inside Marbl restaurant on King West.

Joining an impressive cast list, Daniel Craig plays a famed Southern detective who travels to Greece for his latest case in Glass Onion: A Knives Out Mystery. The film is a follow-up to Rian Johnson’s Knives Out from 2019.

The Netflix film begins with a mystery within a mystery: Why is Craig in Greece in the first place? From there, we watch as Craig encounters a distinctly disparate group of characters. From there, classic whodunits film kicks off as we sit back and enjoy watching the mystery unfold.

Glass Onion: A Knives Out Mystery is set to play seven times at TIFF, premiering at the Visa Screening Room at the Princess of Wales Theatre on King west on Sept. 10 at 6:00 p.m. Then, the film plays at the same venue the following day at 9:00 a.m.

Documentary Now! is a mockumentary series created by SNL alumni Bill Hader, Seth Meyers, Fred Armisen and Rhys Thomas. Three new episodes are set to be on display for TIFF fans as they look to kick off season four of the show.

The series is an uncanny parody of nonfiction classics which put a humorous spin on series tapes. Blanchett was able to create a pet project in the series’ third episode. She fell in love with the BBC Tapes Three Salons at the Seaside, which she spun into Two Hairdressers at Bagglyport. This beauty parlour is full of secrets which are set to be unveiled right in front of the audience.

The premieres on Sept. 10 at Scotiabank Theatre, where Blanchett and the cast are likely to make an appearance. Other show times include a Sep. 11 showing at 9:10 a.m. then, viewers can catch it once more at 7:35 p.m. on the 14th and 15th.

Follow Oscar-winning Jennifer Lawrence as she gives a heart-rendering performance in Causeway. The film peers deep into the wounds that soldiers retain from armed conflict, along with those who they carried into battle with them.

Lawrence plays Lynsey, who was working for the US Army Corps of Engineers in Afghanistan when her vehicle was hit by an explosive, injuring her body and brain. From there, we watch Lynsey form new friendships with fellow Army Corps affected by the battle.

Efron and Russell Crowe star in Peter Farrelly’s follow-up to Green Book, about a merchant seaman who accepted a bet to personally deliver a case of beer from New York to his army pals in Vietnam. In the film, Efron takes the challenge listed above, letting the crowd watch as he takes on a slew of events.

The Greatest Beer Run Ever will be played four times at a different theatre each day. First, the film goes to Roy Thomson Hall on the 13th at 6:00 p.m. for its premiere complete with red carpet and a chance for the much-coveted selfie with Efron. The film moves to TIFF Bell Lightbox and Visa Screening Room at the Princess of Wales Theatre on the 14th at 9:05 a.m. and 9:30 p.m. Finally, it’s the last showing is on the 15th at the Visa Screening Room at the Princess of Wales at 9:30 p.m.

Oprah is in the city! Oprah is in the city! Yes, the one-and-only Oprah Winfrey is in Toronto and at TIFF in her role as producer of Sidney, a sweeping documentary portrait of the late, great actor Sidney Poitier. The film surveys his films, life story and litany of accomplishments. Poitier was both an artist and activist who forever changed what it means to be Black in America.

Brendan Fraser stars in the 1999 action-serial throwback, The Mummy, which is going to be shown at OLG Cinema Park at 10 p.m. on the 15th. The film details an adventurer’s journey to the City of the Dead, a concept which won this year’s TIFF tribute award.

The Whale is Fraser’s chance to give a career-defining performance as a reclusive English professor who struggles with personal relationships and self-acceptance, and his performance is already getting early Oscar buzz. The film will get its premiere on Sept. 11 at the Royal Alexandra Theatre in King West at 5:30 p.m., so people should be ready to catch a glimpse of the star that day.  The Whale also shows on the 12th at Scotiabank Theatre at 11:30 a.m.

On Sept. 12 and 13, catch Hugh Jackman, Laura Dern and Anthony Hopkins in The Son, a predecessor of The Father. The film captures a family’s struggle to support a teenager in the throes of a mental health crisis.

Want a chance to see The Wolverine up close and personal, the film gets its premiere at Roy Thomson Hall on Sept. 12 at 9:00 p.m., followed by Scotiabank theatre and TIFF Bell Lightbox at 9 a.m. and 12 p.m.

In Raymond & Ray, Ewan McGregor plays Raymond, a brother who finds himself adrift from his estranged sibling. The pair must reunite to bury their late father, which presents emotional challenges. Watch as the pair navigate their father’s idiosyncratic life, while slowly bonding in the meantime.

The film can be seen four times across the event’s time frame, starting with the premiere on Sept. 12 at Roy Thomson Hall at 6:00 p.m. where Obi-Wan will make an appearance alongside co-star Ethan Hawke. Then, on Sept. 13, the film can be seen at the TIFF Bell Lightbox and the Visa Screening Room at the Princess of Wales at 9:05 a.m. and 12 p.m. The show concludes at the Tiff Bell Lightbox on Sept. 17 at 9 a.m.

For more TIFF coverage, check out our article on the top 10 films worth checking out this year.