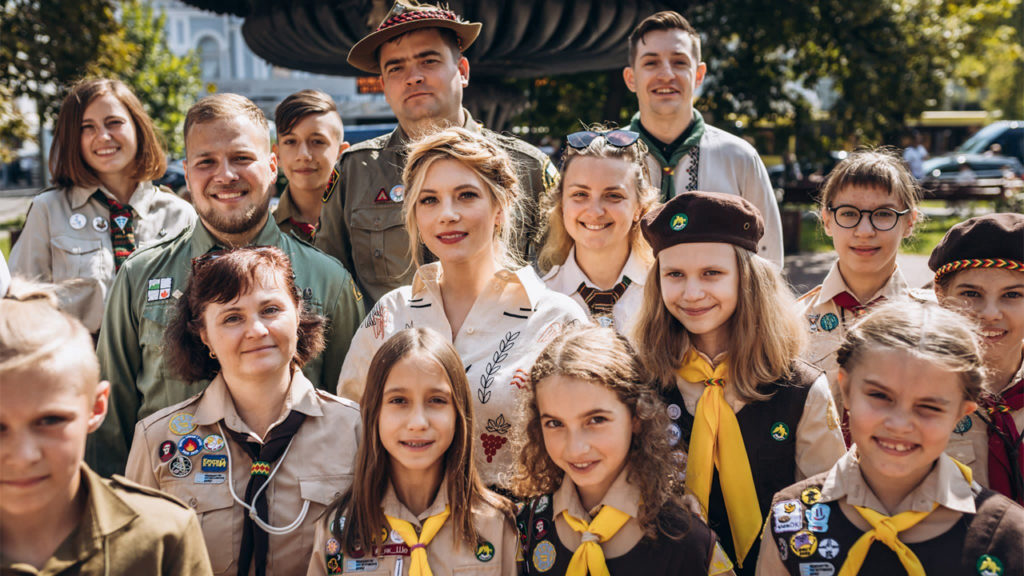 Popular T.O. actor Katheryn Winnick, star of Vikings and Big Sky, is focusing on the war in her Ukrainian homeland by starting the Winnick Foundation to raise funds to assist refugees, who are predominantly women and children, as war rages on.

Why did you start the foundation?

For me, it’s really just wanting to do something about it. A lot of family and friends and fans were asking where can I donate? What can I do? I was really nervous about finding the right source. And it was important for me to be able to feel confident in knowing that 100 per cent of all the proceeds go directly to the right sources. We’re just getting up and running. It’s going to be a long project, but I’m very proud of what we’re doing, and I’m excited just to raise more money and help people.

And your mother is helping you, right?

We have a very close family, very close Ukrainian family. My mother has been involved in the Ukrainian Canadian Congress for many years. She’s also a military mother and has worked with the Queen’s Own Rifles. My younger brother is a warrant officer in the Canadian Army, and that’s his regiment. And so she’s very much involved in giving back and helping the right causes and making a difference. So it’s a great fit to be able to do this together as a family.

What’s the latest you are hearing out of Ukraine?

[President] Zelenskyy needs all the help he can get. I feel that the Americans and the world can do a lot more. We are running out of ammunition. We’re running out of support. So I feel that anybody should do everything they possibly can to help. It’s a tricky phase of the war just because I don’t want people to get used to the fact that Ukrainians are going through this. It’s heartbreaking still, to see that there’s still a lot of fighting on the ground. We need to stop this.

Do you still have family there?

I do have some there. Some of my family went to Poland and they’re safe. I also have distant relatives that are there, and the last time I talked to them they were OK. But you never know. It’s scary at times when we can’t get a hold of them and they were either underground or cell reception was off.

You are friends with President Zelenskyy. When did you meet him?

I was invited as a guest by him and the first lady to Ukraine for the 30 years of independence celebration. So I was honoured to be a guest and brought my parents for their 50th wedding anniversary. It was a very different time. People were celebrating 30 years of independence. So I saw first-hand the Ukrainian pride and how fiercely proud they are of being a sovereign nation. And it’s heartbreaking to think that Kyiv and Ukraine have changed. It probably will never look like that ever again but hopefully will be even better. The goal is right now to try to preserve as much culture and lives as possible and try to end this war as soon as possible.

Tell me your thoughts on how the president has changed.

He’s our true hero. He really rose to the occasion. I can’t think of another person that could have done a better job than him. I don’t think he knew at that time what he was cut out for, what his future would be. But I think he’s proven time and time again that he has really brought Ukraine together, brought the world together. He’s an example and a true hero for everyone to look up to and admire. And I couldn’t be more proud to have met him.

And what about the Ukrainian  community here in Toronto?

Toronto is my home. I was born and raised in Toronto, and I absolutely love the Ukrainian community. They’re very strong and supportive of each other. And I think now seeing all the different Ukrainian rallies that are happening around Toronto and around the world, really, everyone’s coming together, and I think it’s important now more than ever to be united and really try to make a difference.

What can we do?

I think individually every person needs to take advantage of their resources, and their special talents. Please help that way if you’re in the medical field or if you’re a public figure or if you’re a writer or if you just have two feet and go stand and protest. Or if you have friends or family in Russia, try to get the word out. Whatever it is, everybody needs to do their part. The foundation is one way for people to donate. But there are other ways as well.