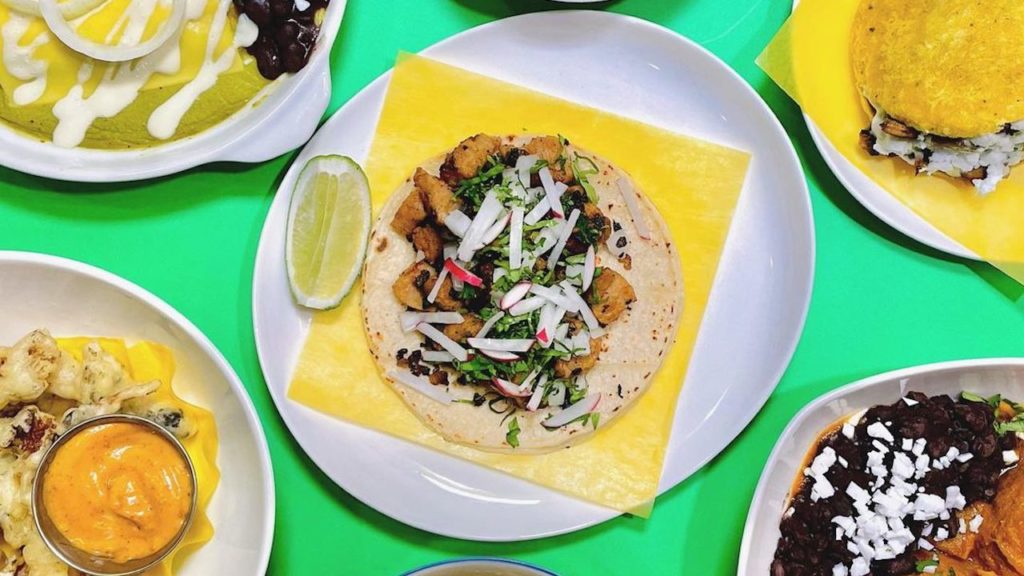 Toronto is known for its countless Mexican restaurants, serving up all the bold flavours, savoury meats and colourful veggies you know and love.

With such a saturated market, it might be hard to stand out – but not for and Classico Taquieria, the all-vegan taco spot on 423 College St. inside former speakeasy bar Hush Hush, owned by Bryan Nuñez and now located in the building where The Hideout used to be, beneath Nest nightclub.

Classico Taqueria first opened as a virtual concept during the onset of the COVID-19 pandemic, with orders only available through UberEats. During this time which was particularly challenging for the food industry, the restaurant spent a ton of time doing themed, weekend pop-ups out of Dundas West cocktail bar, Project Gigglewater.

After a summer of collaborations with local bars and pop-ups at different venues, Hush Hush gave them the opportunity to open a taqueria in their venue, transitioning to a dine-in facility and officially opening inside the brick-and-mortar on Nov. 30, 2021. With restaurants forced to shutter the doors once again, indoor dining is on hold, but thankfully, the colourful vegan spot has something else up its sleeve, launching yet another online concept: Classico Vegano & Bodega.

Available for order through Uber Eats, Skip the Dishes and Ritual Classico Vegano & Bodega is championed by the same team behind the Taqueria, head chef and co-owner/co-founder Abel Paez, Abraham Paez Ramirez and Carlos Martin Crespo Barbosa. Abel brings experience working all over Toronto after arriving in Canada in 2015, working in notable restaurants that include La Palette, Casa Barcelona, Nodo and Bar Buca. 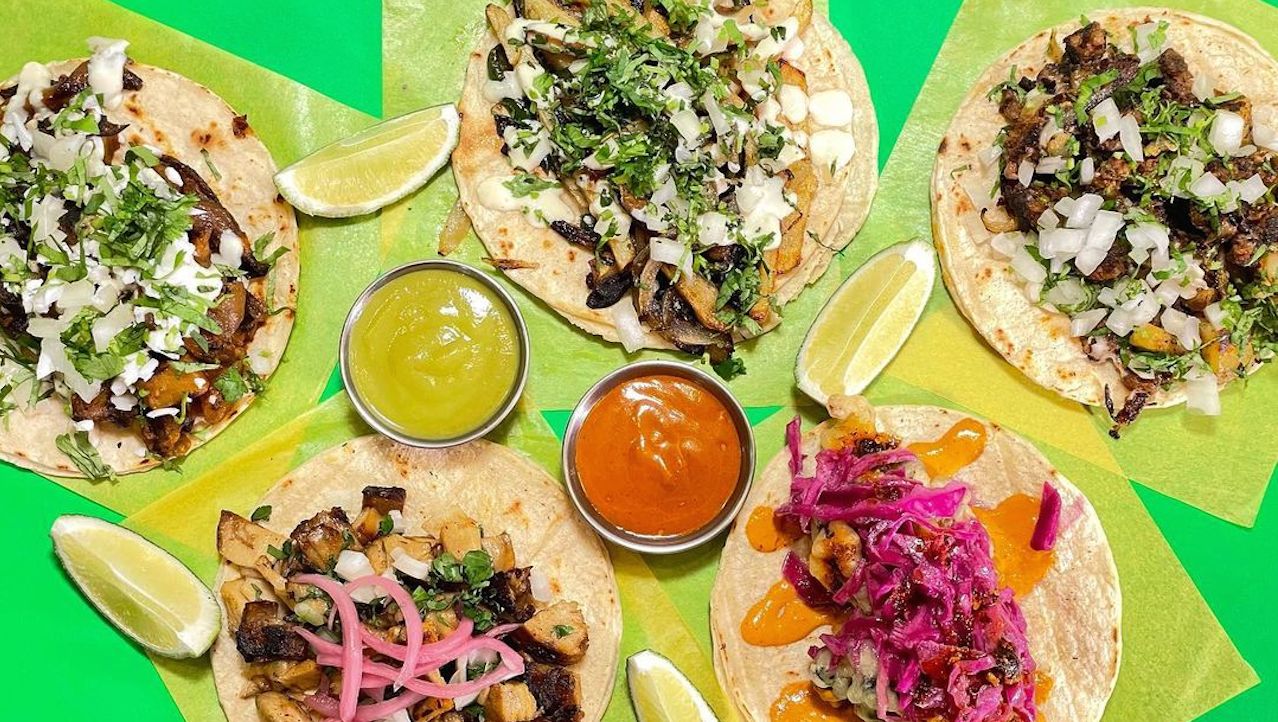 The menu highlights include the increasingly popular quesabirrias – a Mexican classic that can be best described as a quesadilla-meets-taco typically made with birria-style cooked beef, melted cheese and served with a side of consommé for dipping.

Quesabirrias have gained notoriety on Instagram and TikTok in recent months but Classico does it different – making it entirely vegan.

Bryan, the owner of Hush Hush has crafted a complimentary cocktail list that pairs perfectly with the range of vegan tacos and snacks. Abel’s favourite is La Diabla, a Classico twist on the traditional margarita, using Chile de árbol-infused tequila to add a kick of spice.

Of the decision to offer vegan-only eats, Abel says, “It’s not hard to make Mexican cuisine vegan, as a lot of the flavours come from the spices, herbs, dry peppers, fresh produce and even the cooking techniques, making it easy to adapt traditional dishes.”

In fact, the hardest part, he says, is coming up with the right plant-based protein to replace the meat, in order to echo the same tastes and textures people know and love of these traditional Mexican dishes.

The team spends a lot of time researching ingredients that would work best. In fact, Abel’s partner, Karla Hernandez plays an integral role in the success of the two businesses, not only handling all graphic design, photography and social media but standing as the inspiration behind the vegan twist on Mexican cuisine, as a vegan herself and avid cook herself.

“Many of the dishes are her inspiration,” says Abel Paez. “She crafts amazing dishes and is always researching different ingredients and techniques to try in the kitchen.”

While the team plans to offer lunch in the very near future, Classico is only available for dinner from 5 p.m. – midnight, Tuesdays to Sundays. You can order the vegan Mexican eats on all the apps including Uber Eats, DoorDash, Skip The Dishes and Ritual.