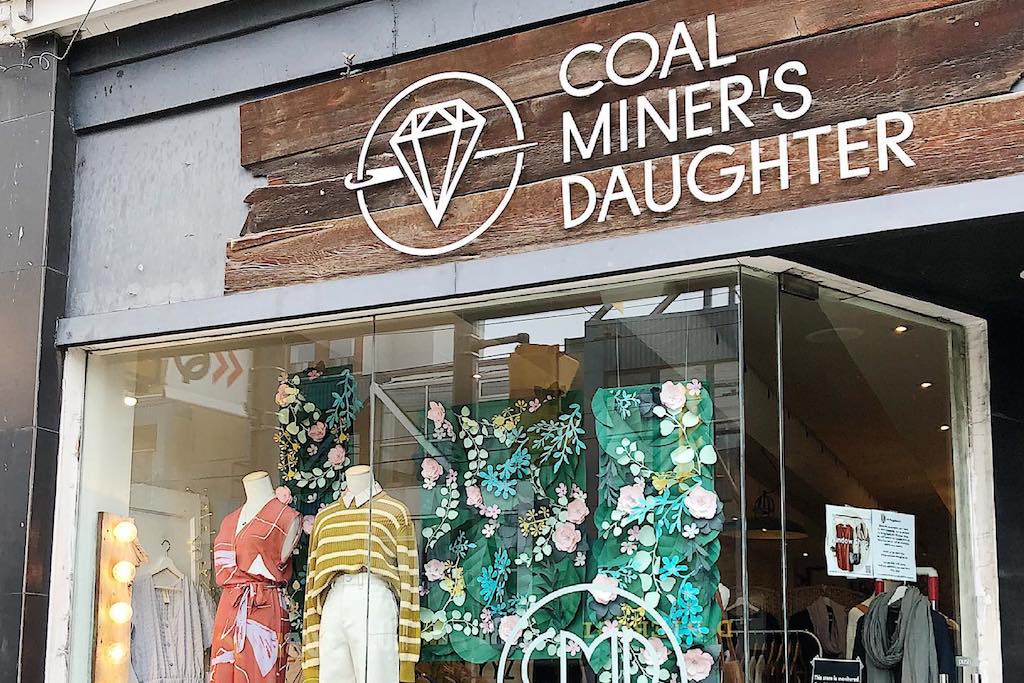 Vandals targeted two locations of small independent clothing boutique Coal Miner’s Daughter this past weekend. On Saturday night, a concrete block was thrown through the display window of the Roncesvalles location, and the Leslieville location was broken into on Sunday.

“After an already really challenging last 15 months, nine of which where we have been fully closed and working as hard as possible to keep up with expenses. This is a new blow and a new low,” wrote the owners in a Facebook post following the first break-in at the Roncesvalles location. “We will get through it as we have been, one step at a time.”

In response to the attacks, the team at Cookery, a neighbouring business on Roncesvalles, launched a GoFundMe campaign to help the boutique pay for the damages. So far, more than $8,000 of the $10,000 goal has been raised.

“All small businesses have been struggling severely due to COVID. Trying to survive despite being locked down to customer entry, trying to shift everything online, and trying to avoid missing a rent payment, takes everything we have,” reads the statement on the GoFundMe page. “With rising insurance premiums and increasing costs for glass and steel — this will be a blow a small business cannot handle alone.”

The owners of the Coal Miner’s Daughter are currently working on cleaning up the broken glass and repairing the damages. They hope to be ready to reopen in time for the end of the Ontario stay-at-home order later this month.

After the break-in at the Leslieville location, the owners posted an update to Facebook stating the police don’t currently believe the incidents are connected.

“That was a really intense last 22 hours. The police don’t think they could be connected and we weren’t the only ones hit tonight in the area,” read the post from early Monday morning.

Coal Miner’s Daughter has four locations across Toronto, including one in the Junction area, one on Roncesvalles, one in Leslieville and one on Queen Street West. Donate to the GoFundMe page here or shop online at coalminersdaughter.ca.