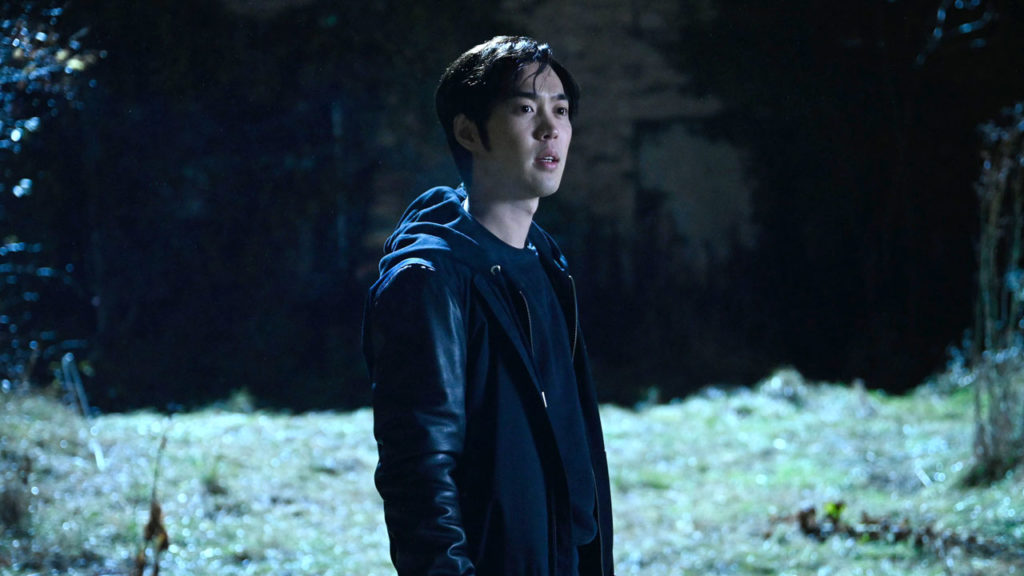 Like many talented Toronto actors before him, André Dae Kim started his career acting on Degrassi. And, like Nina Dobrev and Vampire Diaries, André Dae Kim is stepping into the teen vampire romance genre with his lead role in W Network’s Vampire Academy.

Who is your favourite vampire?

I always say that I like the Count from Sesame Street, because, honestly, that’s probably the first vampire that I ever encountered

How does it feel to set foot in the teen vampire romance world?

We have two people, Marguerite MacIntyre and Julie Plec, who have both been a part of making some of the most successful vampire TV shows in the last decade, Vampire Diaries being one. So it’s big shoes to fill, especially since this Vampire Academy is an adaptation of a successful (book) series. It’s a lot of pressure, and I’m honoured to be able to step foot into this world.

Tell us about your role.

So I play Christian Ozera. He is a Royal Moroi outcast within the Vampire Academy world.

Were you familiar with it?

No, but after I booked the role, I read the first Vampire Academy book, and I really enjoyed it.

What makes it popular?

I think it’s this cool mix of romance and relatability, teen drama and love all put into a fantastical world.

What inspired you to become an actor?

I used to watch a lot of movies like the Indiana Jones movies, Lord of the Rings, as a kid. And I liked watching those. I definitely knew that this is something that I’m very interested in.

What person do you most admire?

I’d say right now Benedict Wong. He’s another British-Asian actor. And he’s been in a lot of amazing films and TV shows.

What’s the first job you had in Toronto?

My first job was cleaning golf shoes at the Mississauga Golf and Country Club for a few months. I was a locker room boy. My first job when I was in Toronto was acting in Degrassi.

I’m a huge foodie. Recently, I went to Rodney’s Oyster House. And I had a great thing of mussels and a lobster dish there.

What is your daily ritual?

Definitely getting up in the morning and walking to Starbucks to get my iced coffee.

Where do you think is the best view in the city?

The Bluffs in Scarborough.

Queen’s Park near my house.

Is there one thing you have multiple versions of?

I have a collection of key chains that I’ve had since I was 12, from countries where I’ve travelled.

Where’s the first place in town you send visitors?

Definitely not to my house. I always have a great time at the ROM or the AGO.

I have a necklace that I’m actually wearing right now that I got from a fishing village in the north of Spain. I was out there shooting the show, and for some reason, I feel like this necklace has brought me a lot of good luck.

I would love to sing in tune.

I think not living life to its fullest and missing out on opportunities because of my own personal insecurities.

I would say either Jagmeet Singh, or I guess Drake would be kind of cool too.

What’s your idea of perfect happiness?

My idea of perfect happiness is being able to wake up and be content with the fact that you have so much left to learn and that life is going to throw things at you that you may not expect but that’s part of the journey.