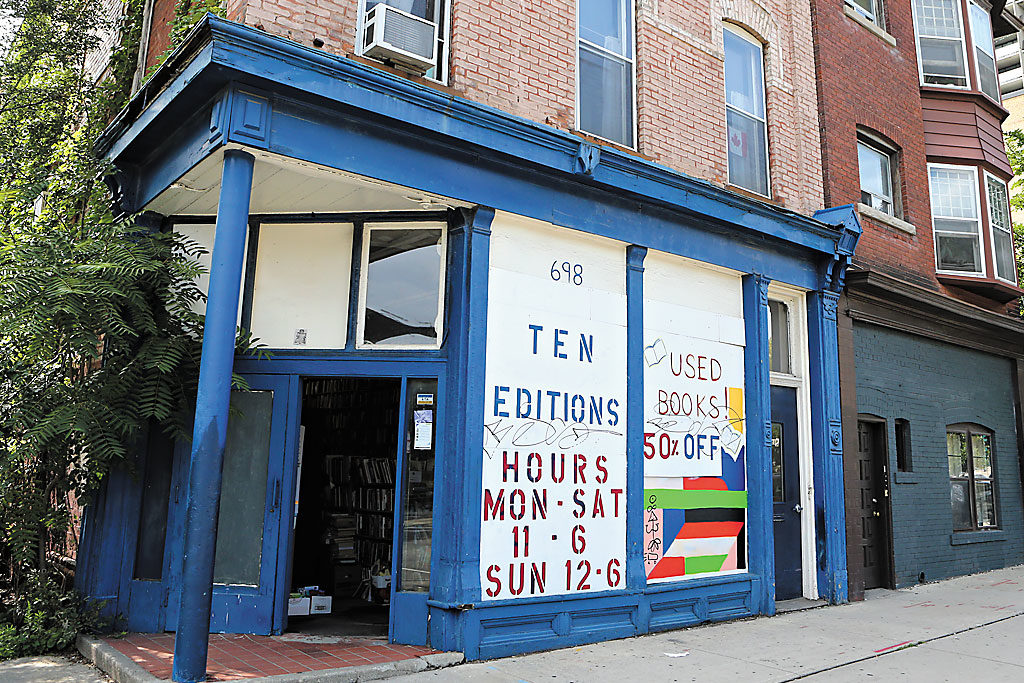 After five years of consultations and negotiations between residents of Harbord village and the University of Toronto, a mediated settlement has been reached regarding a development application for a 23-storey student residence at 698-706 Spadina Ave. and 54 Sussex Ave.

The property is home to the 35-year-old bookstore Ten Editions. Included in the terms of the settlement will be the heritage designation and retention of 698 Spadina Ave., which houses the bookstore.

Although local advocates aren’t totally thrilled that the university will be introducing 511 students into their neighbourhood, the preservation of the heritage building was considered a win.

“We’re very pleased that the heritage building has been retained, at least in part, and that it will enhance the neighbourhood rather than detract,” said Carolee Orme from the Harbord Village Residents’ Association.

The future of the Ten Editions Bookstore, however, remains unclear.

“U of T has never spoken to me in five and a half years,” said the bookstore owner, Susan Duff. “One presumes that if they were interested in helping me, they would have let me know.”

“The U of T is destroying a bookstore that helps their students.”

According to Scott Mabury, vice-president of university operations, the university hasn’t been able to reach out to Duff during the confidential mediation process. He said that plans for the retail component of the residence has focused on restaurants and coffee shops and that whichever business remains at that address will likely be paying market rent.

“This is an ancillary. It cannot receive operating funds from the U of T,” Mabury said. “It has to work financially, and it has to add an asset to the building’s function.”

Duff believes that her modest shop, with its shelves heaving with books from floor to ceiling, has proven to be an asset to both the local residential community and to the student population.

“Every meeting I ever went to, the neighbourhood indicated that they would like the building preserved and the bookstore in it,” she said. “The U of T is destroying a bookstore that helps their students.”

She said that, if the bookstore isn’t able to survive in its current premises, then she may be forced to retire.

“If they throw us out, you know, the rents in downtown Toronto are prohibitive,” she said. “I couldn’t rent in this area.”

The university hopes to start construction in one year’s time.