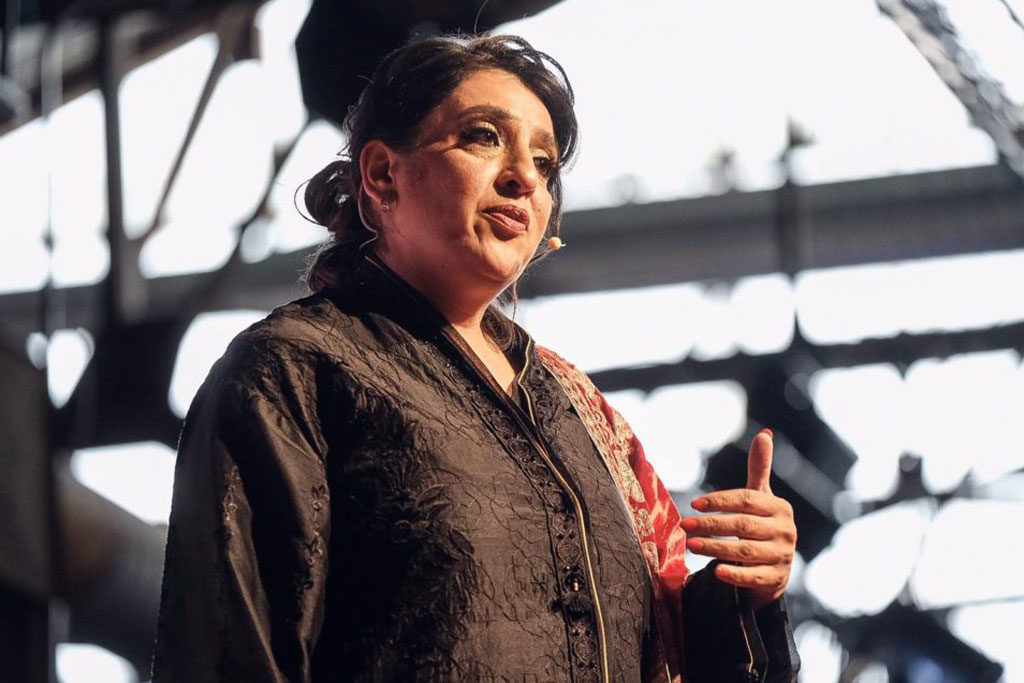 ­­A new proposed development in Chinatown is sparking a worry in Toronto over whether the character of the city’s most unique neighbourhoods will survive the ongoing development boom.

A community consultation meeting was recently held for the 13-storey, mixed-use building in Chinatown at 315–325 Spadina Ave., a location that includes long-standing restaurant Rol San.

There, residents voiced their concerns over the development and how it may affect Chinatown’s character if it attracts more corporations, rather than mom-and-pop shops, due to high rents.

“It’s a very valid concern because in Chinatown you actually have a lot of diversity within the businesses,” said city councillor Mike Layton. “[Residents] want to ensure that Chinatown remains Chinatown.”

The project could lead to the closure of more than 10 long-standing businesses in the area. Some, such as popular dim sum restaurant Rol San, have been staples in the neighbourhood for more than a decade.

A sign parodying a city planning application was erected at the site, as a protest by Friends of Chinatown Toronto (FOCT).

“It’s called a community consultation for a reason, but it’s clear that neither the city nor developers have reached out to residents and business owners in the area,” said Brian Zheng, a representative of FOCT.

The grassroots organization promotes affordability and inclusivity in Chinatown. They claim some businesses at the site weren’t even aware there were plans to tear the building down.

They hope the community consultation will keep city planners and developers accountable to what the community really needs, as opposed to what “makes the most money” for stakeholders.

“Our goal is to facilitate transparency between developers and locals, to make sure Chinatown residents have their voices heard and to know that they have a right to make demands from developers if they’re going to come into the neighbourhood with such a massive project,” Zheng added.

The threat to the unique character of Toronto’s many unique neighbourhoods is being played out across the city in areas such as Little India, Little Jamaica, Greektown and Regent Park.

As commercial rents in those areas increase ushering in a period of gentrification, shops that first made the area a unique destination are being priced out and replaced with franchises, such as Shoppers Drug Mart or Starbucks, creating a bland and homogenous landscape.

To combat this trend is “not an easy process,” said Layton, as the city can’t force developers to make their properties more affordable.

He said that the Chinatown developer did express willingness at the consultation to look into how the developer could consider making some of the units in the building affordable and might bring some of the current tenants.

“We’ll see what guarantees the developer brings forward,” he said.

Over in Little Jamaica in the Eglinton West area, York-Eglinton BIA co-ordinator Aalida Valiallah said that a lot of businesses have been closing due to LRT construction, and those that are replacing them are “not necessarily Caribbean businesses.”

“Most certainly there is a risk to the neighbourhood identity,” she said. New residents moving into the area have a “disconnect” to the long-established businesses, she explained, which means businesses have to adapt their models to the changing environment and clientele in order to survive.

Although the BIA does highlight the area’s Caribbean culture in events it organizes, such as Jane’s Walk and its signature event, South of Eglinton, Valiallah said ultimately it is not the BIA’s mandate to preserve the area’s “Little Jamaica” culture.

Instead, the BIA is there to preserve and promote the businesses in the area.“The BIA itself is non-partial, non-partisan,” she said. “If Joe’s shoe store opens, we are going to promote that shoe business as well as Randy’s [Jamaican] patties.”

Over in Little India along Gerrard East, one business owner knows the pain of increasing rents and the threat it poses to businesses.

Gulshan Allibhai, who owns the landmark restaurant Lahore Tikka House, said her restaurant’s future is in jeopardy due to a huge rise in property taxes from $30,000 to $88,000. Every day Allibhai said she hears from a developer wanting to buy the building, an offer she is seriously considering.

Allibhai said many other businesses on the street are facing the same dilemma, and it is a threat to the ethnic identity of the area.

She recently gave a TEDx talk about how to preserve ethnic character in the city and led a tour through Greektown to show how franchises are displacing the sense of community in the area.

Allibhai suggested that there should be a new heritage community designation for areas such as Little India, similar to how buildings can be labelled heritage to protect them for future generations. This designation could include a tax break to small businesses that make up the area’s character.

However, Layton said that the city would need the province’s support to make such a designation or create a new band of taxes for smaller businesses.

Instead, he said the problem lies in how properties are valued by Municipal Property Assessment Corporation (MPAC).

Layton explained that the company values properties based on “highest and best use” of the building, which can lead to higher taxes for small properties that could be built into a taller building.

“All those small properties are being taxed as if they were a tall building,” he said. “Why are we taxing a two-storey building as if it was a seven-storey building? It just doesn’t make any sense.”

Time is of the essence, though, as Allibhai said that gentrification is just beginning in Little India.

If nothing is done, she worries that Toronto will lose what makes the city so special.

“We need all these ethnic communities,” she said. “They’re the fabric of Toronto.”