U.S. eateries are invading Toronto and here are four to look out for
Skip to content 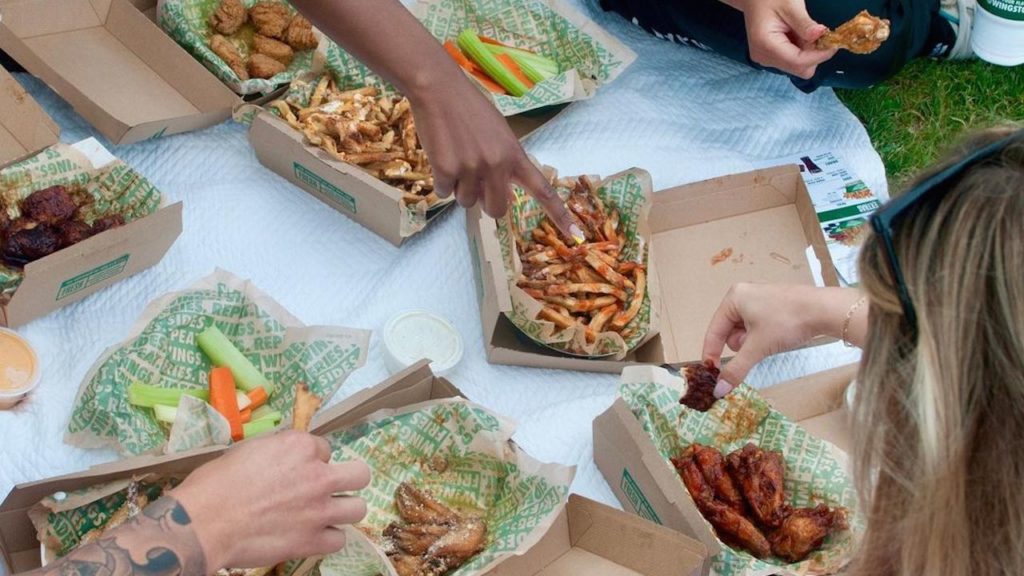 If you’ve ever had the chance to try food in the States, odds are you’ve been blown away by portion sizes and just how many options exist. But now, U.S. eateries are invading Toronto and are giving you a chance to try American staples North of the Border. Here are four restaurants which have recently entered the city, leaving their mark on the way Torontonians spend their lunch hour.

The world’s largest barbecue concept, family-owned since 1941, is finally coming to Toronto. After expanding from Texas, Dickey’s BBQ empire now includes 550 stores across eight countries, including 44 US states, and it is finally bringing its drool-worthy smoked goodness to our city.

“Toronto has an amazing dining scene, but it lacks a true, authentic barbecue experience, which we can’t wait to provide,” Laura Rea Dickey said in a statement last April. “It’s always exciting to debut our Legit. Texas. Barbecue. in a new community, but it’s particularly exciting when our brand crosses borders. We look forward to introducing our tastes of Texas to Toronto and more Canadians across the country.”

Dickey’s serves up eight slow-smoked meat options and 12 wholesome sides to pair it with, which they promise to have “No B.S. (Bad Stuff)” included. Meats include brisket, marinated chicken, Polish kielbasa, and a half rack of ribs, while sides include creamy spinach, jalapeno beans, and onion tanglers.

As of now, no details regarding an exact opening date or a location have been provided, but barbecue lovers can keep an eye on Dickey’s BBQ’s Instagram for more details.

HOP joined the ranks of U.S. restaurant eateries setting up shop in Toronto’s backyard this past June. The franchise’s newest haunt is at 50 Biscayne Cres. in Brampton in the Orion Gate Retail Centre.

IHOP has been around in the US since 1958. Today, there are over 1,800 IHOP locations across all 50 states of the U.S., Canada and international territories, and the California-based pancake house is by no means done expanding.

50 Biscayne Cres. is the first of many IHOPs in the works for the GTA. In 2019, IHOP’s parent company, Dine Brands International, announced plans to open 15 restaurants across the GTA over seven years — a move that is expected to bring approximately 900 jobs and $15 million to the GTA’s labour force and construction industry, respectively.

Torontonians can have their fair share of pancake stacks among crowd favourites like omelettes and breakfast meats. For those looking to pop in for a quick bite around lunchtime, IHOP offers burgers and melts paired with fries, onion rings and soups.

Have you ever wondered what a 54-inch pizza looks like? Have you ever wanted a slice bigger than your head? A Southern California pizza chain is here to help you eat more pizza than you have ever imagined possible.

Big Mama’s & Papa’s Pizzeria is bringing their famous Giant Sicilian pizza, claimed to be the largest deliverable pizza in the world, to Toronto. The SoCal chain was founded in Los Angeles in 1992 by brothers Aro and Allen Agakhanyan, who opened their first location while they were both attending high school.

Now, they’ve expanded their venture and made their pizza famous, as their restaurant is frequented by Hollywood stars and foodies alike. It shot to international fame when, at the 2014 Oscars, host Ellen DeGeneres handed out the eatery’s slices to Harrison Ford, Angelina Jolie, Brad Pitt and Leonardo DiCaprio.

The Giant Sicilian is 54 by 54 inches, making it officially big enough to enter the Guinness World Record Book. They also offer unique flavours alongside gluten-free and vegan options with specialty ingredients, such as avocados and vegan sausage.


What began as a small buffalo-style chicken wing restaurant in Garland, Texas, Wingstop has continuously grown in popularity across the States. Now, Torontonians have the chance to feast at a restaurant that prides itself on not only offering you a meal but a flavourful experience.

Wingstop first set up shop in 1994, and expanded into multiple franchises after a successful three years. American rapper Rick Ross is a high-profile franchisee, who reportedly has over 25 franchises and recently gave his son a franchise for his 16 birthday.

The chain is known for its various flavours, which genuinely offer something for everyone. Their menu consists of flavours that vary from Asian, citrus, garlic, sweet and blow your socks off levels of heat. Although the original hot is their most popular flavour, their lemon pepper recipe made waves across the U.S.

A beloved flavour in Atlanta, lemon pepper is a wing rub that can be sold dry or wet. Debates surround the latter in similar ways to whether leftover pizza is better warmed up or cold, straight out of the box. Lemon pepper is likely to divide Torontonians too as the flavour becomes more popular in the city.