U.K. actor Clive Standen and his own clan put down roots in Toronto - Streets Of Toronto
Skip to content 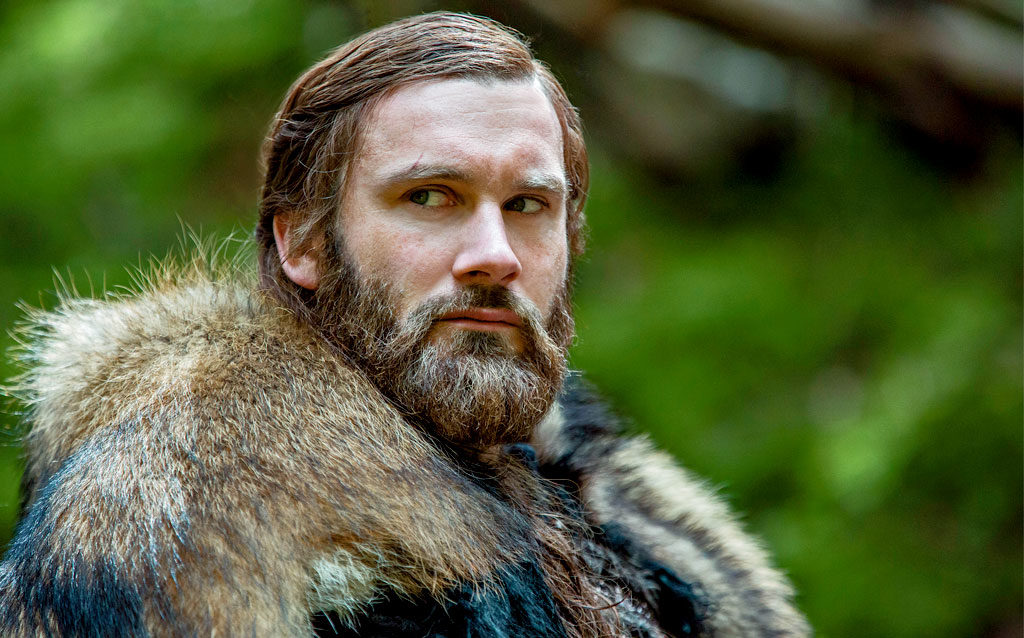 Clive Standen is no stranger to breaking a sweat. The 35-year-old British actor has starred in History’s historical drama Vikings for five seasons of wielding bulky axes and thrashing it out with his rivals in regular high-octane battle scenes.

But Vikings was shot in Ireland, a part of the world renowned for its mild climate, whereas Standen’s new role in Taken, the NBC drama based on the hit Liam Neeson movie of the same name, has meant 16-hour days filming action sequences during Toronto’s hottest months.

“There have definitely been some three-shower days,” jokes the actor who grew up in Leicester, England, and moved to Toronto this year, settling in the Rosedale neighbourhood.

Vikings was inspired by the sagas of Viking Ragnar Lothbrok and the Norsemen of early medieval Scandinavia.

It has been on the air since 2013, and in that time has garnered critical acclaim for its character-driven storytelling, rich cinematography and for the actors’ performances, particularly the show’s lead, Viking chieftain Ragnar, played by Australian actor Travis Fimmel (The Experiment, Maggie’s Plan).

“I think this season is some of Travis Fimmel’s best work in the show,” Standen says. “Where [the writers] take Ragnar to in this season is really mind-blowing. Being on set and watching him has been great.”

Standen plays Ragnar’s brother Rollo, a character based on the real-life Viking who became the first ruler of Normandy. It is a role that has allowed Standen to get into a character completely different from himself.

“I like to disguise myself completely,” he says. “Some actors like to play themselves ultimately. What I love to do is explore human nature, to find a character that is so far removed from myself that it’s a challenge.”

He recalls a conversation with his mother after she had watched one of his early performances in which she told him that she hardly recognized her own son.

“I always thought that was the biggest compliment,” he says. “That made me feel like I was doing my job well.”

Standen won’t spill the beans on what’s going to happen in the new episodes of Vikings, but he promises this season is going to be the most shocking one yet. Fans can expect a host of intriguing new characters, some unexpected deaths and events that will change the course of every character’s destiny.

Baseball fans may find one new character in particular strangely familiar as Toronto Blue Jay and Vikings superfan Josh Donaldson makes a guest appearance on the show. The Jays third baseman took a step out of his comfort zone when he walked off the baseball diamond and onto the battlefield with the Vikings cast and crew, but he says he cherished the experience.

Standen later had a chance to step out of his own comfort zone when Donaldson invited him to batting practice with the rest of the Blue Jays. The British actor had never held a baseball bat before and doesn’t think he batted very well. Fortunately for their fans, neither star is considering a career change any time soon. In fact, Standen says he hopes to continue acting until the day he dies. Does he have ambitions to be mega famous?

“I don’t really have any aspirations to be like a Tom Cruise… I just want to keep working with quality writers and to play characters that burn brightly,” he says.

He certainly seems happy where he is and says he feels lucky to have been on Vikings for five seasons playing a character he loves and having the chance to act “in a world that is the perfect playground for an actor.”

Vikings and Taken eat up a lot of the actor’s time, but he spends any spare seconds he has with his family. His wife Francesca and their three kids, Hayden, Edi and Rafferty, joined Standen in Toronto in July. His youngest son, Rafferty (described by Standen as “a little cave boy, like Bamm-Bamm from The Flintstones”), arrived in the city on his sixth birthday that also happened to be Canada Day.

“He thought everyone was setting off fireworks to celebrate him!” he says.

A family man, Standen reports that his kids are settling into their new lives here in Toronto.

“I’m really proud of them for taking this move to Canada with such gusto,” he says.

Although uprooting your family and transporting them halfway across the world will always be a challenge, Standen believes they are a stronger family thanks to the move.

Standen will finish filming Taken at the beginning of November and then heads straight into another round of filming for Vikings. In the meantime, he’s enjoying his new life in Toronto.

“The people here actually go out of their way to make you feel welcome. The kids have been treated so well. The whole community has just embraced us,” he says. “It’s a really, really beautiful city, and it’s so easy to fall in love with it.”