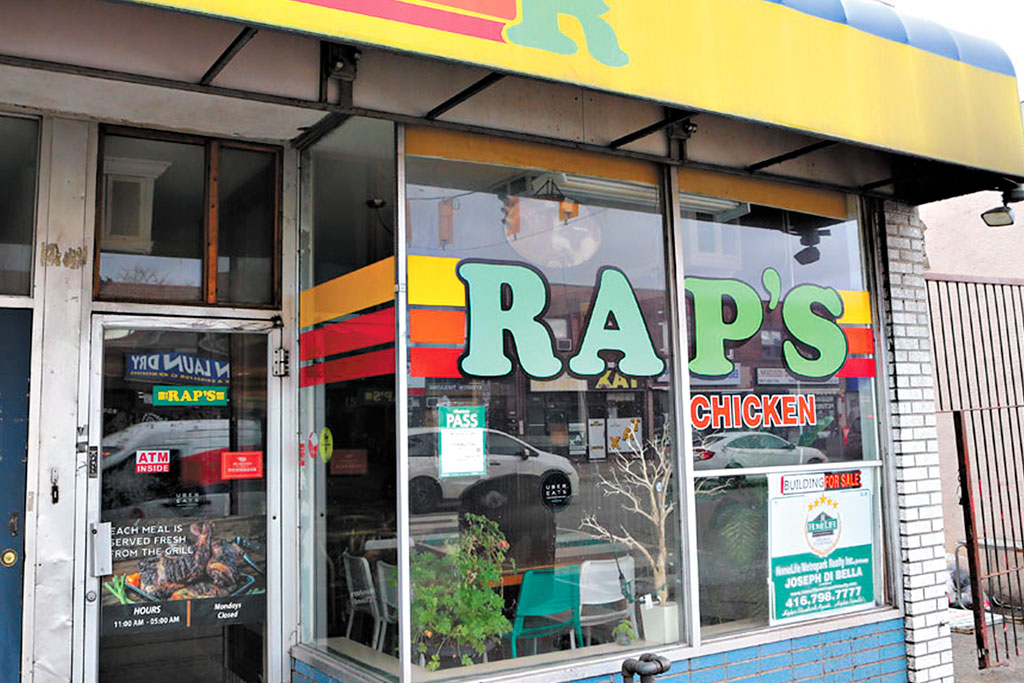 Two city councillors are making it their mission to preserve the culture of Eglinton Avenue West’s Little Jamaica neighbourhood as gentrification threatens to spoil it.

Councillors Josh Matlow — whose constituency includes Little Jamaica — and Mike Colle have announced that they are creating a “framework” to protect the area’s Jamaican flavour.

“I’ve heard a lot of voices tell me about the concern that the character and identity of Little Jamaica is threatened due to a number of factors, including gentrification pressures, and that a lot of the small Black-owned businesses may not be able to survive,” Matlow said.

These “gentrification pressures” include encroaching development spurred by the new Crosstown LRT set to open along Eglinton, which will make connecting the area to the rest of the city much easier.

“Little Jamaica has a unique and remarkable story,” Matlow said. “It’s the heart of the Jamaican community in the city.”

He described how immigrants arrived there and soon created a vibrant reggae scene that has contributed to Toronto’s music legacy, not to mention the food and community they built, making it a unique area. It is the city’s go- to destination for authentic Jamaican food, and Matlow mentioned how its barbershops have become more “community centres” than just a place to get your hair cut.

It only takes a stroll through the neighbourhood on a Saturday night to see long lines at restaurants such as Rap’s, where jerk chicken is cooked in drums on the sidewalk until late, to get a sense of the vibrancy there.

To keep the area’s identity alive, Matlow said there are a couple things to consider.

The first step for Matlow and Colle is to create what is called a “planning framework study.”

Although traditionally such studies have focused on transportation and neighbourhood planning, such as one done for St. Clair Avenue West and Bathurst Street, the one for Little Jamaica would be “unique” since it would focus more on culture preservation.

“This would be a remarkable study because it would have to be far more comprehensive than the normal framework study,” Matlow said. “This hasn’t been done in Toronto in this way.”

He will be hosting a city staff meeting in early September that will include planning, heritage, economic development and anti- Black racism staff to discuss possible ideas.

The chair of the area’s BIA, Andrew Alampi, for one, hopes that Little Jamaica can become more of a tourist destination based on its heritage, to keep its traditions alive.

Alampi, who also runs a business in the area, is working closely with Matlow and Colle on the framework to ensure that everyone in the community is happy with it. He described how the area has been hurting, not only from the LRT construction, which affected access to storefronts and parking, but now from the COVID-19 pandemic, which has hit a lot of the area’s businesses hard.

“COVID-19 was unforeseen; there’s no way of describing it,” he said. “Everybody’s just holding on by the skin of their teeth.”

With developers eying Eglinton Avenue West as LRT construction wraps up, the potential for high value use of its properties — which in turn would create higher property taxes — is real.

“We need to start preparing business owners, to say, ‘Hey, this is something you need to take into consideration,’ because come 2022, you might be paying three times what you’re paying now,” Alampi said. “How is that going to be sustainable?”

As Little Jamaica goes through a transition and businesses are being passed from one generation to the next, Alampi wonders how many will decide to keep on going — or go for the payout. But he thinks the next generation will take pride in the area’s history and even evolve so they can attract new customers.

Matlow, for one, has an idea of a good place to start to spark that pride — officially naming the area Little Jamaica.

“If you look at the street signs there, you won’t see the words ‘Little Jamaica’ anywhere,” he said. “It is only referred to as Little Jamaica colloquially.

“There’s a lot that needs to be done that should have been done years ago,” he said.