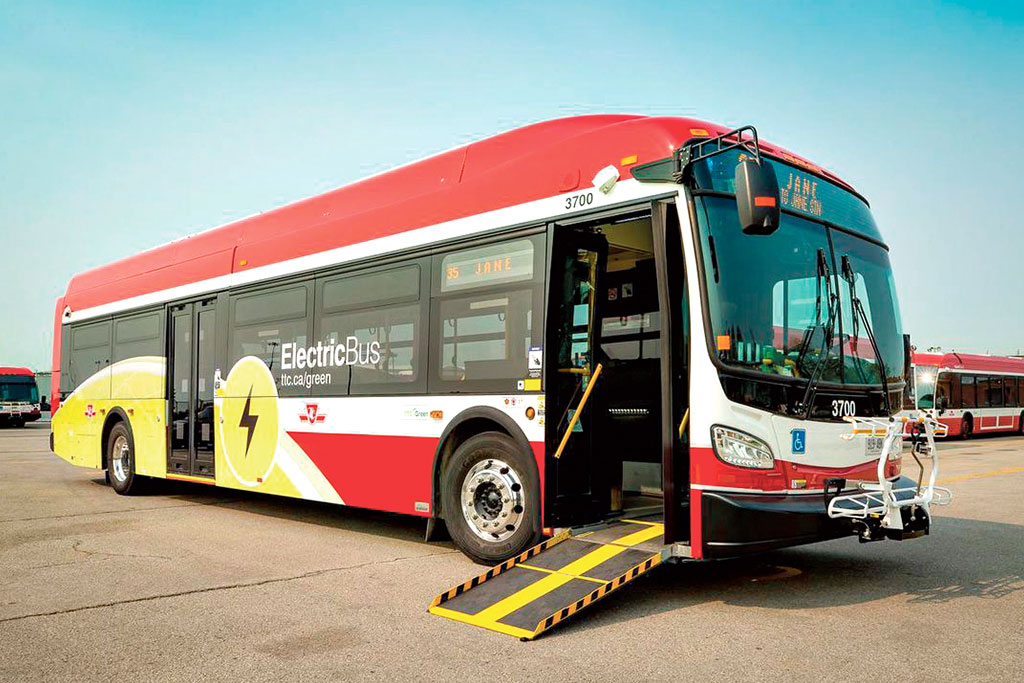 David Suzuki is the host of the CBC’s The Nature of Things and author of more than 30 books on ecology (with files from Gideon Forman).

If we’re going to tackle the climate crisis, we have to reduce transportation emissions. Good public transit — fast, reliable, affordable — can help by weaning us off gasoline-burning cars.

Especially important to address the climate crisis is transit that runs on electricity, which could be subways, light rail or streetcars and battery-powered buses.

Subways are only practical in population-dense cities such as Toronto, Montreal and Vancouver. Light rail is great in many settings. Calgary, Edmonton, Ottawa and Kitchener-Waterloo have light rail, and Toronto is building a crosstown system that will massively benefit the city, especially in neighbourhoods not currently well served by rapid transit. But one vehicle is often overlooked: the all-electric bus.

E-buses have many virtues. They can be built quickly — no small thing during the escalating climate emergency.

Transportation is the second-largest source of  greenhouse gases in Canada, eclipsed only by the oil and gas sector. In 2017 (the most recent year for which we have data), transportation in Canada accounted for a staggering 174 million tonnes of CO2 equivalent. Oil and gas development contributed 195 million tonnes.

Emissions-reduction benefits of e-buses are considerable. Even in provinces like Alberta, where most power is generated by burning fossil fuels, electric buses stack up well against diesel.

Clean Energy Canada, a think tank at Simon Fraser University, states, “When plugged into Edmonton’s grid, a battery-electric bus is expected to emit 38 per cent to 44 per cent less CO2 than a diesel equivalent — and as the electricity gets cleaner, so will the buses.”

E-bus production can also strengthen Canada’s clean tech sector and create jobs. Our country has a number of companies that produce vehicles for domestic and international markets. New federal funding could give these businesses — including Quebec-based Nova Bus and Winnipeg’s New Flyer Industries — an additional boost.

Some cities have already purchased e-buses, but the numbers are relatively small. Toronto just bought 60 (out of a total fleet of some 2,000 buses), and Edmonton recently ordered 40 (out of about 1,000). These are good steps, but new federal money could increase them.

Ottawa has plans to fund zero-emission vehicles beginning in 2023. This means the feds could pay for diesel-burning buses for another three years. In a climate crisis, that doesn’t make sense.