New brewery on St. Clair is an unpretentious new spot for beer lovers
Skip to content 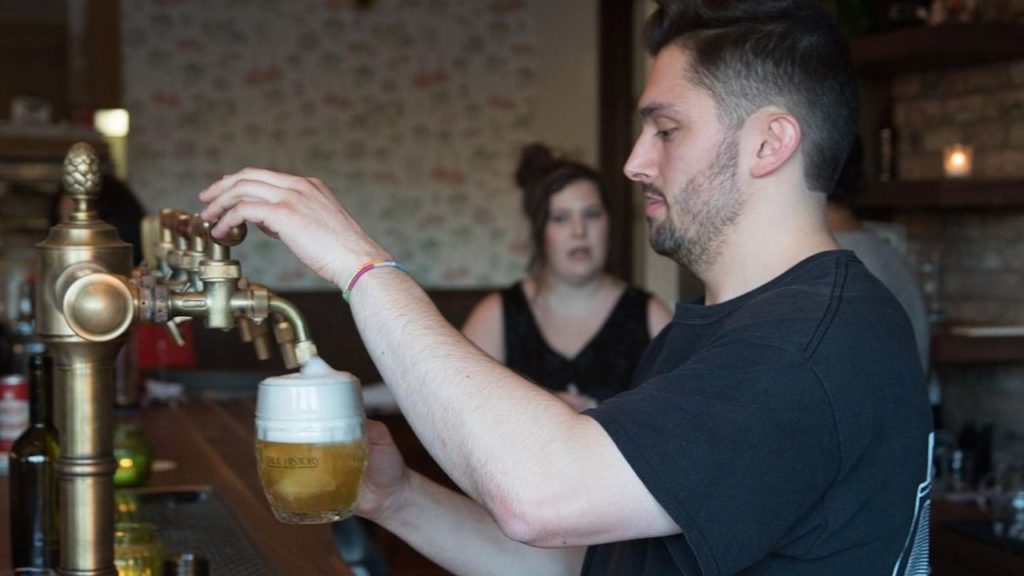 Matthew Tompkins and Adam Shier were looking to switch things up. The high school friends were in their mid-twenties, working in film and finance when they realized they wanted more. After returning home from a documentary shoot in Belgium about brew masters, Tompkins decided he wanted to start a brewery in Toronto. Serendipitously, Shier had just quit his job in finance and was home brewing between shifts at Bar Volo. The two met to chat and the rest is, well, (True) History.

The duo started True History Brewing as a contract brewery in 2019, and on July 1, opened a brewery and taproom at 1154 St. Clair Ave.


“The process and the drinkability of beer is really important to us so we try to honour that as much as possible,” says Shier and Tompkins. The main goal of True History is to cultivate a space that’s comfortable and unpretentious. “We wanted to create a warm space where you could ‘put in a shift,’ a phrase we used when you sit down at a bar, blink, and suddenly six hours have passed.”

At True History, you’re walking into a space that feels truly lived in, inspired by European taverns, where a rustic-and-homey farmhouse aesthetic meets your grandma’s house. The space features a ton of warm woods, exposed brick, and eclectic décor.


Try one of True History’s best-selling pints, the lagers, which also happens to be the focus of the brewery. Shier and Tompkins are heavily influenced by traditional lager styles and other classics, like Bavarian Weissbier and Kolsch so they’ve tried to create beers that emulate that richness and drinkability.

The new spot also has a full food menu, complete with all the classic pub food favourites which pair effortlessly with a lager or an easy drinking pale ale. And soon you’ll be able to enjoy your food and drinks in the sun. True History is set to open their patio and bottle shop in the next few weeks. With space for 45 people outdoors and up to 54 inside, the spot strikes the balance of energetic and bustling with its cozy, intimate vibe.

When we asked the duo what sets True History apart from other breweries in the city, Shier and Tompkins are matter-of-fact.

“We’re not totally sure. We’re lucky in that we have a lot of amazing breweries in our city,” the pair says. “Our main focus is just building a space where everyone feels welcomed and like they don’t have to know a lot (or anything at all) about beer to come by.”

For this duo, its process and how their beer is served to their customers that matters most.