Trending in Theatre This Week: The Double, The Laramie Project, Hamlet Live, Closer, The Who's Tommy - Streets Of Toronto
Skip to content 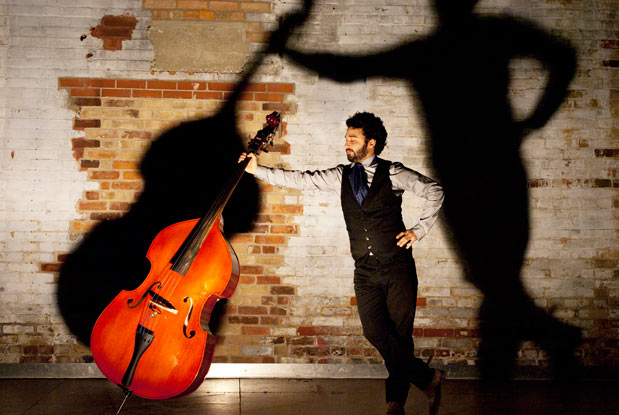 In this TheatreRUN production, two actors and a bassist collide in a schizophrenic world that combines physical theatre with live jazz bass. The multi-disciplinary production is dubbed a dark satire, but keep in mind it is adapted from the novella by Fyodor Dostoevsky, so, you know, don’t expect jazz hands or anything.
Factory Theatre, Studio, 125 Bathurst Street, 416-504-9971. Feb. 3 – Feb. 19.

This powerful play, written by Moises Kaufman and members of the Tectonic Theater Project, depicts the reaction to the 1998 murder of gay university student Matthew Shepard in Laramie, Wyoming.
Toronto Centre for the Arts, 5040 Yonge Street, 1-855-985-2787. Jan. 26 – Feb. 5.

Using the pretty cool concept of mixing live-streaming with live theatre, Hamlet Live is a modern-spin on Shakespeare’s iconic tragedy. In this re-telling, Hamlet lives in a dystopian post-apocalyptic world, Terminator-style. You can watch the show in person or via your computer — just like they do in the future, of course.
Annex Theatre, 730 Bathurst Street,  416-924-2243. Jan. 26 – Feb. 11.

Patrick Marber’s Tony-nominated play has to be one of the most sexually explicit ever written in recent memory. It’s been regarded as a modern reworking of Noël Coward’s Private Lives – only dirtier. And if you’ve only seen the 2004 film adaptation, then you’re really missing out (Julia Roberts was a horrible choice for Anna).
Winchester Street Theatre, 80 Winchester Street, 647-808-4660. Feb. 2-4.

In light of pinball fast becoming Toronto’s hottest trend (don’t say I didn’t warn you), how fitting that we get to see a remount of the rock musical about a young, troubled boy who’s got a talent for pinball.
Hart House Theatre, 7 Hart House Circle, 416-978-8849. Feb. 2-11.