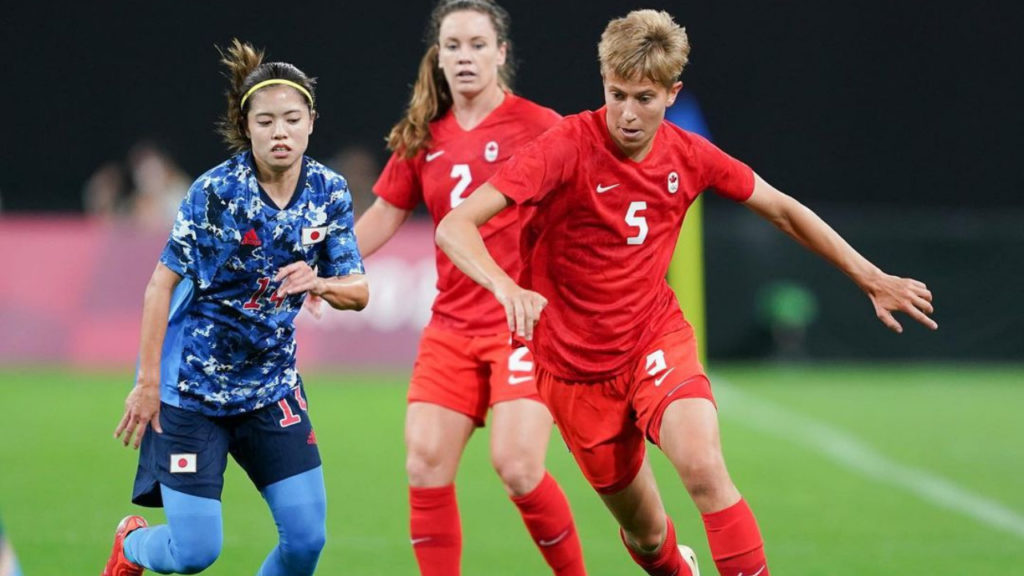 After Team Canada’s triumphant penalty shootout win against Sweden in the Olympic women’s soccer finals on August 6, Toronto-born midfielder Quinn has made history as the first trans and non-binary Olympic athlete to win a medal.

Quinn has been a solid midfielder throughout the team’s ascent through the 2020 Olympics in Tokyo, a starting player for five of the six games, including the final game against Sweden. Quinn previously helped Canada win a bronze medal at the Rio 2016 Olympics, their Olympic debut.

Quinn came out as trans on Instagram a year ago, sharing that they use they/them pronouns and go by the mononym Quinn. They noted that while they’ve lived as an openly trans person with the people they’ve loved for many years, “I want to be visible to queer folks who don’t see people like them on their feed.”

Quinn shared a post in July expressing their thoughts about being one of the first openly trans Olympic athletes in history, acknowledging the many barriers still out there for trans and non-binary athletes. “Mostly, I feel aware of the realities. Trans girls being banned from sports. Trans women facing discrimination and bias while trying to pursue their olympic [sic] dreams. The fight isn’t close to over… and I’ll celebrate when we’re all here,” they wrote.

Quinn played soccer for Duke University in North Carolina and became the highest-drafted Canadian in the history of the National Women’s Soccer League (NWSL) when the Washington Spirits picked them third overall in 2018. They now play for Seattle OL Reign in the NWSL.