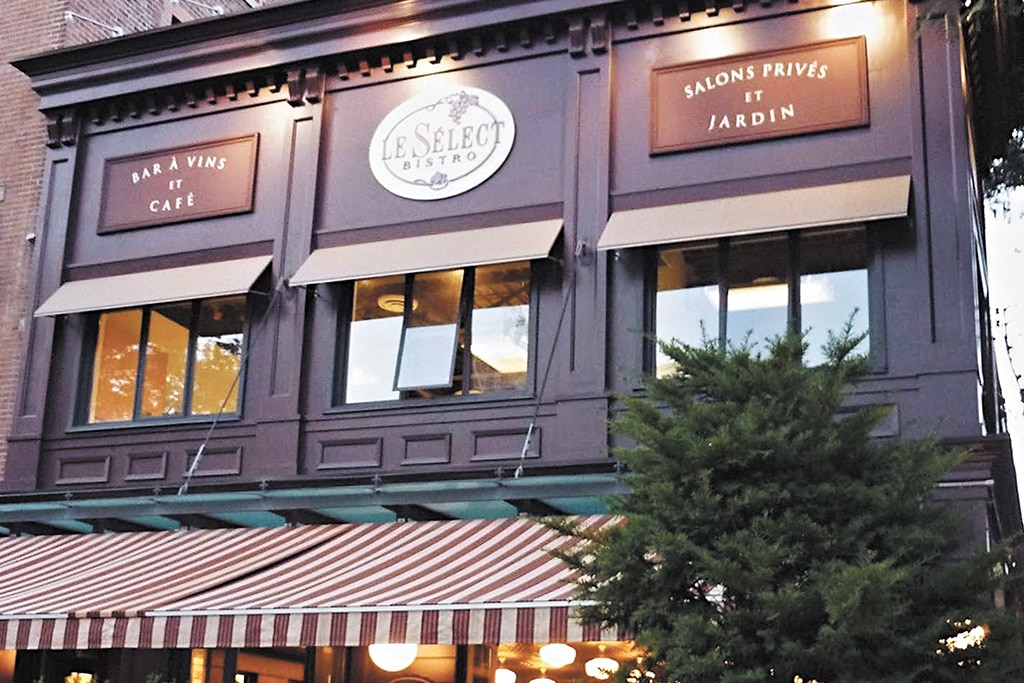 The owner of downtown French bistro Le Select has a tax problem, and he’s not alone. A slew of independent restaurants and businesses have had to close shop recently thanks to jacked up tax rates of epic proportions, the result of a faulty system that values properties based on their imaginary best use, instead of what is actually there.

Now, he’s bracing for another increase, as his property will be reassessed again this year.

The reason for these increases? A policy that dates back to the 1990s Ontario conservative government of Mike Harris.

Since 1997, the province has assessed the value based on the “highest and best use” of the property, not based on the current business occupying the land.

This means that Le Select’s property value is assessed as very high because of the potential of the land at Wellington Street and Spadina Avenue — the province deems a condo could go there, according to the restaurant.

Although this method of property assessment wasn’t a problem for some time, the values have skyrocketed due to Toronto’s development boom.

Geiseiller thinks that nobody could have foreseen 20 years ago the effect of the law, or the high evaluations that would become the norm in Toronto.

“I don’t think it was the intention [of the province] to persecute small business owners,” he said. “It is the side effect of a law which was passed but not really thought out.”

Councillor Joe Cressy, whose jurisdiction includes Le Select, said it is a “broken and flawed” policy that should change.

“The province can change it any day. It doesn’t even require legislation,” he said. “It’s a regulatory change the Minister of Finance could do.”

Cressy said the City of Toronto has been asking the province “for years” to change the policy so properties are assessed based on their actual use, not potential use.

Instead, he said the province has told the city that the city has tools to mitigate the problem.

Claire Nelischer, the lead researcher on Ryerson report Taxed Out that examined the issue, said the city could introduce a new property subclass for small businesses to tackle the policy.

She said it would be similar to the subclass the city created in 2018 for creative co-location spaces, such as Artscape or 401 Richmond. It was an initiative Cressy helped lead.

However, Nelischer said a similar small business subclass would be complicated to execute.

“How do you define a small business? Is it based on the number of employees? Is it based on whether it’s a retail space or a service space?” she asked. “It is an example of how complicated it is to create [these] one-stop solutions.”

In British Columbia, which has a similar assessment law, the government recently introduced legislation to allow municipalities to exempt a portion of the value of some commercial properties from taxation as an aid to small businesses.

The city has already taken some measures to counter Ontario’s policy, such as in 2018 placing a 10 per cent cap on how much commercial property taxes could increase in a year.

Geisweiller said that his business revenue doesn’t increase by 10 per cent every year, though, so that solution is not effective.

Cressy says the cap is just “tinkering around the edges.”

“What we fundamentally need is a shift in the tax assessment model from the province,” he said, mentioning that a considerable number of businesses have already closed because of the current model.

Ministry of Finance spokesperson Scott Blodgett said that the province will be “conducting a review and seeking input from business owners and municipalities on measures to enhance the accuracy and stability of property assessments and support a competitive business environment.”

He also pointed out that MPAC only considers “current permitted uses of properties, not speculative or hypothetical uses.”

However, Geisweiller said Le Select’s lot is actually too small to build a tall building.

“The assessed value that we have is not a realistic market value,” he said.

Geiseiller is not staying quiet on the policy. In October, he posted a video online to bring awareness to the issue, which makes heavy use of humour and a French accent, and created a petition as well, which Cressy supports. Geiseiller said the video got the attention of politicians.

With new increases coming this year due to reassessments, Cressy said other businesses will soon be speaking out.

“Given the pace of property value growth in Toronto, these reassessments are going to be exceptionally painful,” he said.

“So the province can either proactively solve the problem now, or they can wait until they have hundreds of small business owners knocking down their door at Queen’s Park and filming it and being forced to solve it afterwards.”

Geiseiller said the reassessments could impact other areas in addition to the downtown core, such as the Danforth, where property values are increasing due to densification. If nothing is done, Toronto risks losing part of what it makes it what it is.

“The charm of a neighbourhood is created by the independent businesses, the store owners,” Geiseiller said. “If you had a city that was only populated by chain stores, that would be pretty depressing.”