Toronto's seven most anticipated restaurant openings of 2023
Skip to content 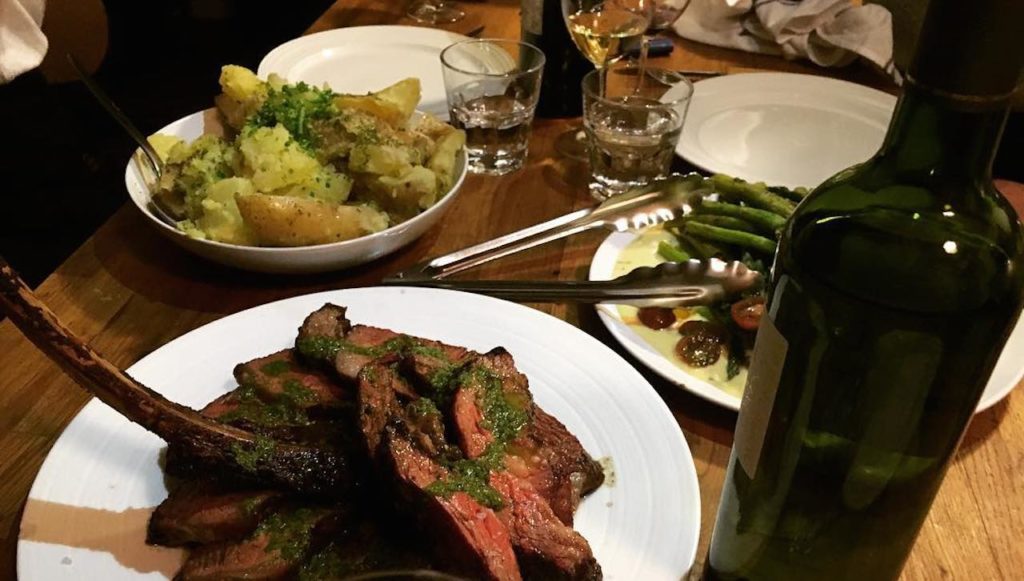 While 2022 was a stellar year for restaurant openings — Matty Mathesons’s Prime Seafood Palace, Alder from Patrick Kriss and Kensington Market’s Sunnys Chinese immediately come to mind —  it’s the restaurants that are headed our way in the new year that we are most excited about.

Here are Toronto’s most anticipated restaurant openings of 2023.


New York, Paris, London, Tel Aviv, Singpore and now Toronto. Opening “imminently” in Yorkville, Miznon is the brainchild of chef Eyal Shani, considered to be one of the leading figures in the Israeli culinary scene who is currently the lead chef of 25 successful eateries worldwide. The Toronto location of Miznon, will be the restaurants eighth location and is set to feature a new kind of Mediterranean street food with the vision to take the flavour of the city and translate it into a pita.


Nobu Toronto is a dynamic project featuring Nobu’s first high-rise residences as well as Canada’s first-ever Nobu Hotel and Nobu Restaurant. Founded by Chef Nobu Matsuhisa, Robert De Niro, and Meir Teper, the property will be located in the heart of the entertainment district and will rise 45 storeys above the historic Pilkington Glass Factory with two dramatic residential towers, featuring 660 sold out residential units with enviable views of Toronto. It will house approximately 15,000 square feet of space and will be a two-level restaurant, complete with a signature bar lounge, outdoor seating and chic private dining rooms. If the Toronto outpost will be as exclusive as the other 40-plus locations, only time will tell, but one can bet the Toronto’s celebrity set (we’re looking at you Drake) will soon be flocking to the eatery.


Toronto’s financial district will soon be the home to award-winning Vancouver-based restaurant group Glowbal’s first Ontario restaurant. Black+Blue is set to open in the spring in two-storey space that will span a massive 9,000 square feet and include 2,000 square feet of outdoor space. Classic steakhouse offerings with an added twist are on the menu including the world’s most premium cuts of meat, plus seasonal seafood, a raw bar and caviar. Overseen by executive chef, Morgan Bellis (of Bisha and Lavelle) the restaurant will be open daily for lunch and dinner with plans to introduce weekend brunch shortly after opening in the spring 2023.


It was a sad day when much-loved Parkdale bistro Chantecler closed its doors after being destroyed by a three-alarm fire in 2019. Open since 2012, the neighborhood haunt was a haven for French classics, where dishes like tartare a l’Americaine, St. Simon Oysters and tuna niçoise reigned supreme. But in just a few short weeks, the restaurant will reopen in Bloorcourt Village, and according to owner, Jacob Wharton-Shukster the new digs will be a place for “unapologetically French” food helmed by Chantecler’s former chef, Diego Reyes. “If you ever went to Chantecler before, the new room will feel very familiar, but with a more grownup build standard, a lot more seating and a better resourced kitchen,” says Wharton-Shykster.

Promising to be a riff on the classic steakhouse, Blue Bovine Steak and Sushi House is a highly anticipated fine-dining spot from the folks at Liberty Entertainment Group ( Don Alfonso 1890, Cibo Wine Bar). Quality cuts of meat, fresh daily seafood selections and premium-grade sushi will be served in a sleek modern space and will occupy the northwest corner of Union Station complete with expansive windows where patrons can gaze out on the bustling downtown core.


Rosedale icon Sorrrel restaurant is opening a space next door. Although few details have been finalized at this point, Sarah Pearson, Sorrel partner, general manager and sommelier, has confirmed that the new space will work with the same team currently backing Sorrel, including executive chef/owner Faro Chiniforoush and chef du cuisine Jacob Chowdhury. lthough the new restaurant’s menu is still being finalized, the plan is to offer up a variety of small plates. “We do have a sense that we would like the space to be more casual: no reservations, a place to start or finish an evening,” says Pearson. With room for just 28 guests, the spot will most likely be an intimate, cosy space perfect for small group outings or a romantic date night.


When word got around that David Chang’s Momofuku Noodle Bar was officially checking out of the Shangri-La hotel later this year, fans and past patrons wondered what would move into the space in its place If you loved the Asian-inspired eats of Momofuku, you’ll be in good company with Mott 32, the award-winning Chinese restaurant chain that’s slated to move into the 190 University Ave. space in the spring. The fine dining spot already has locations in Bangkok, Hong Kong, Singapore, Seoul, Las Vegas and Vancouver, with Cebu and Dubai listed as “coming soon” online. The restaurant has an elegant, fine dining feel with the interior exuding an industrial-meets-luxe look, reflecting both its Chinese roots and global reach. The Vancouver spot has even earned accolades for its food as well as the design of its physical space, so expectations are high for the new restaurant.