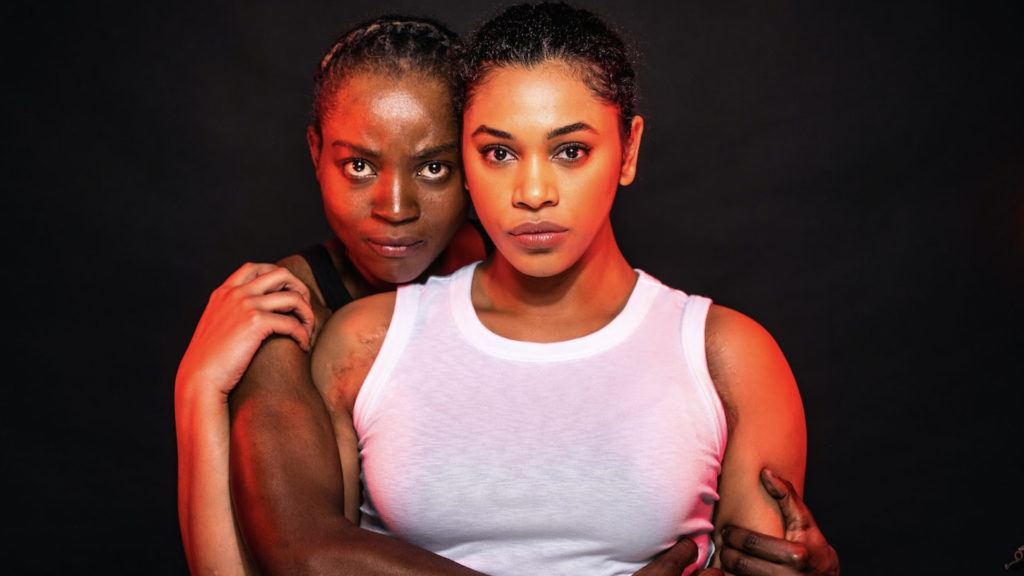 “When I got the script I was like, ‘Oh, shoot, I really like this,’ which I realized might be a problem if I didn’t get the part,” says Oyin Oladejo of the new play Is God Is, in which she will soon appear at Toronto’s Berkeley Street Theatre.

Oladejo, who originally hails from Nigeria, moved to Toronto when she was 16 years old, and although she originally thought she would study law, it was while working as a supervisor at the Canadian Opera Company that she saw her first opera and became captivated.

“They seemed like they were having fun and I thought, ‘I want to do that. I want a job that allows me to play and have fun,’” she says.

She attended the theatre arts program at Humber College and Toronto’s SoulPepper Academy, and it wasn’t long before she took to the stage, landing roles in theatrical productions, including an adaptation of Henrik Ibsen’s A Doll’s House, as Ophelia in the Shakespeare Theatre Company’s Hamlet and the male role of Lopakhin in Anton Chekov’s The Cherry Orchard.

While Oladejo continued to find theatrical success, she became increasingly frustrated at the lack of film offers and was told she wasn’t booking roles because of her accent.

“In order to fit in on some level, I felt like I would have to give up a certain part of my African heritage, and one of those things was my accent,” she says. “I hired a coach to help, but I felt like I was giving up too much of myself to be an actor.”

On the verge of quitting, she landed the role that would change her life – playing Joann Owosekun on the hit television series Star Trek: Discovery.

“I didn’t understand the magnitude of what I was a part of until I went to Comicon – I didn’t even know what Comicon was,” she says. “I thought, ‘We’re just acting; this is not a big deal,’ but I soon realized it was a big deal. Star Trek was so groundbreaking on so many levels and we were telling stories and bringing things to the forefront that may help save people’s lives or give them hope or just entertain them — that’s what we do as performers. Sure we were having fun, but we are serving a greater purpose.”

Is God Is, she says, is “unapologetically violent.” Think a stage version of a Quentin Tarantino film. And although this is not something she condones, Oladejo says the violence in the play is rooted in “something real, in deep pain.”

Written by Aleshea Harris, the plot concerns twin sisters Racine (played by Oladejo) and Anaia who, upon the request of their mother, journey to the California desert to exact revenge against their father who left them disfigured in a fire when they were babies. The play is a mash up of Greek tragedy, the spaghetti western, hip hop and Afropunk and has been called “terrifyingly funny and absurdly violent.”

Oladejo says she’s always been drawn to mythological tales and Greek mythology but never heard the Black voice in these stories until she read the script for Is God Is.

“Usually Black women, we’re prided on being strong and resilient, and this play is saying, what if we don’t hold back, what if we get revenge on everything we’ve been through,” she says. “As Black women, we carry generational pain and we are told to be quiet, or if you show anger, it doesn’t belong in this world. So where does that anger go?”

Oladejo has had to step out of her comfort zone to play the role of Racine.

“Racine has been a fun character to play because I am the cheesiest person you will ever meet,” she says. “I love rom coms. I’m a lover not a fighter, so being able to go to the depths of rage that we all suppress and being able to bring it out and make it authentic and have it be rooted in truth has been really cathartic.”

Is God Is runs May 3 to May 22 at the Berkeley Street Theatre.