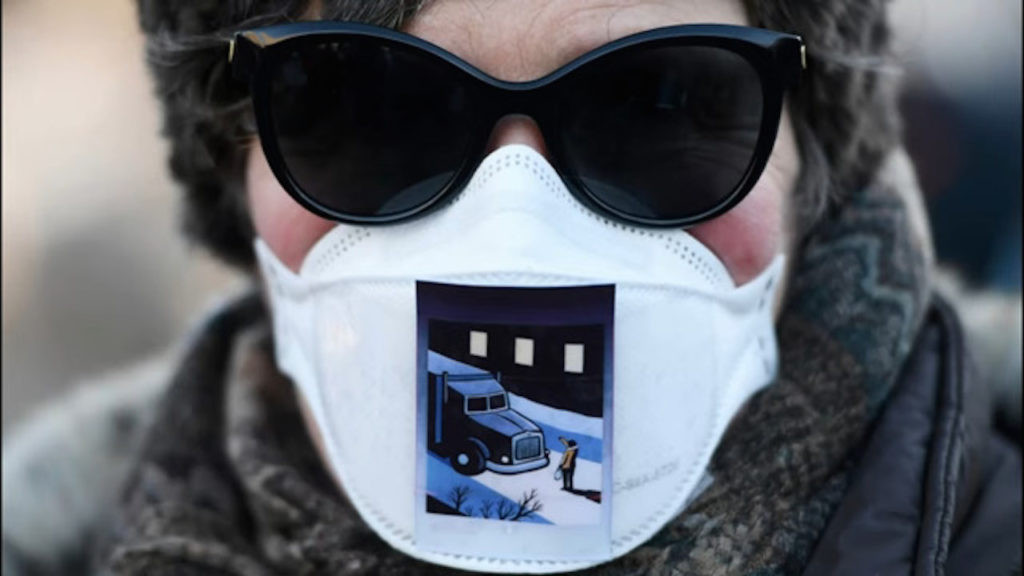 Move over, “Weird Al” Yankovic, there’s a new parody songwriter on the scene — and he’s a 67-year-old retired healthcare professional from Leaside. “I guess this is my sixth career now — I’m an amateur songwriter,” says Gary Kapelus, who held several positions with hospitals and in academia before retiring back in 2016.

Since the early days of the pandemic Kapelus has been busy striking a different tune. He’s penned nearly 200 satirical songs, primarily about the public-health crisis. Along the way, he’s worked with a motley crew of local and international musicians as he spoofs an equally eclectic playlist of popular classics.

“I’ve got Broadway stuff, I’ve got Motown, I’ve got classical music; it’s all over the map,” he tells Post City, listing everyone from ABBA and Leonard Cohen to Carly Rae Jepsen.

Kapelus found inspiration for the pandemic-parody project after he started attending a series of impromptu singalongs on his street amid the first lockdown, in 2020. The concerts, led most evenings by his neighbour Ben Chan, a doctor, were a way for the community to keep connected in trying times. After taking a stab at writing a song for Chan to perform on his driveway, Kapelus got swept up in the fun of it. “It was at that time that I think we realized that Gary had a real knack for writing about how we were feeling at each different moment of the pandemic; he would always take something that was very topical and put it into song,” Chan tells Post City.

While the earliest tunes addressed then-unfamiliar concepts like mask-wearing and social distancing, topics evolved as more news about the coronavirus became available. By the summer of 2020, Kapelus began teaming up with musicians to get his songs recorded, uploading karaoke-style videos to YouTube so listeners could sing along at home. When he can’t find the talent to record a song, he digs online for instrumentals that he can use to soundtrack his lyric videos, which he clips together using Microsoft Photos software.

“It’s a nice body of work, and, for me, it really gave me the opportunity to do a deep dive into recording and music production,” says fellow Leasider Joe Freedman, also 67, who’s been friends with Kapelus since high school and has been enlisted to record about a dozen songs so far.

Among Freedman’s productions is what is probably Kapelus’ biggest hit to date: “Go Home All You Truckers,” a riff on Lynyrd Skynyrd’s “Sweet Home Alabama,” written during the so-called Freedom Convoy’s occupation of Ottawa beginning in January.

Lyrics from the second verse, sung by Gina Arezza — an accountant by trade — provide a sampling of Kapelus’ songwriting chops: “Big rigs are blocking downtown/honking horns keep us awake/all our businesses are shut down/leave us alone, for goodness sake.” The song, which also features backup vocals and piano from Freedman’s wife, Marcia Acker, and bass by musician Jean Deeth, raised the ire of the pro-convoy crowd but also found lots of support from Ottawa denizens. “That one got about 17,000 views, which is about 16,900 more than I normally get,” Kapelus cracks.

Most of the collaborators “are people with full-time jobs who sing on the side,” says Kapelus, but he has worked with Broadway actor and musician Cary Shields on about 10 tracks. “I wanted to hear what it sounded like from a pro,” he explains.

Ultimately, the project is more than a creative outlet; it’s become a sort of time capsule of the pandemic, Kapelus and his collaborators agree. “Eventually we all came to appreciate that this was an amazing archive of all of the ups and downs and our emotions at different points of the pandemic,” says Chan, 57. “Twenty or 30 years from now — when we want to go back and think about what we were feeling or tell future generations what it was like — we actually have something that tells that story in a unique and compelling way.”

More recently, Kapelus has expanded his focus beyond COVID-19, tackling topics from the war in Ukraine to bloopers like the time a bee flew into Ontario Premier Doug Ford’s mouth during a media event.

“I started a separate set of songs that are more political in nature — nothing to do with the pandemic — figuring that eventually the pandemic would stop, and I would run out of stuff and I would have to do something else anyway,” Kapelus says.

Freedman suggests that, for him, the project has been somewhat cathartic, especially when it comes to the more political songs: “In a world where you really can’t have much of an impact on anything, unfortunately, it was a good vehicle for at least saying, ‘OK, I’m doing a little bit to help.’”

Now, Kapelus, who says if you heard him sing you’d understand why he doesn’t, hopes that he can continue to connect with a larger audience as his songwriting touches on different topics. He’s also taking requests on social media to develop new material.