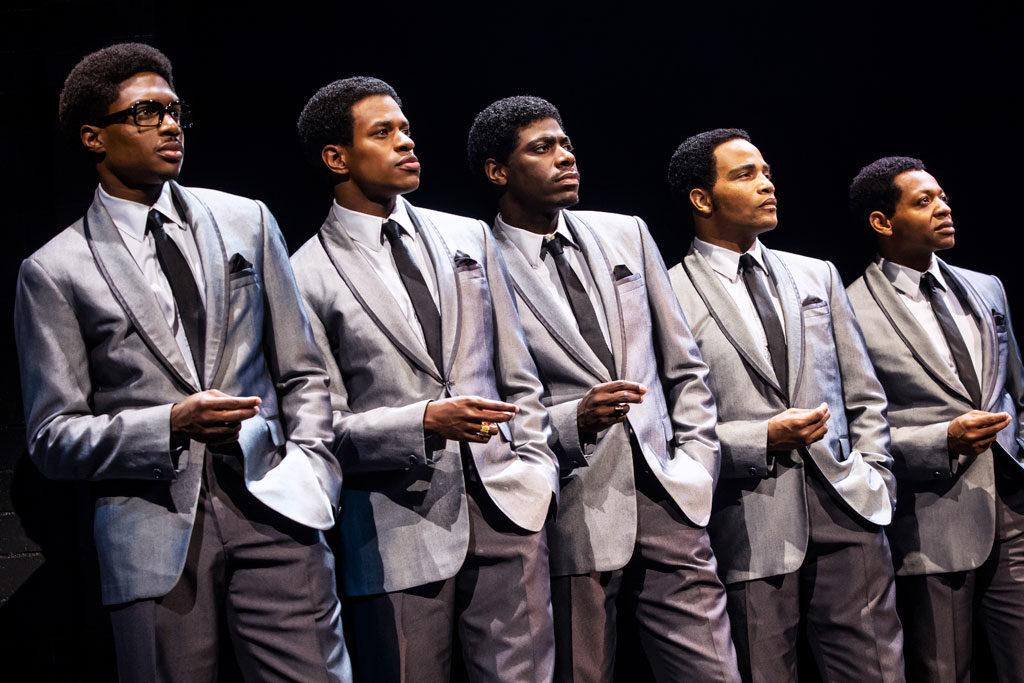 With the arrival of fall, the Toronto theatre season is about to get in full swing. There are new spaces opening up and offering great shows in out-of-the-way locations as well as big touring productions trotting out the latest Broadway hits and everything in between.

Here are 10 shows everyone will be talking about.

The Men in White
Anosh Irani is a spectacular writer, devastating and beautiful at the same time. His works tend to be intense, thought-provoking and utterly engaging. His latest, The Men in White, is billed as a heartbreaking tale of life, love and cricket. But with Irani, it is never as simple as all that. This is a contemporary play that deals with immigration and other issues. The Men in White runs from Oct. 13 to Nov. 4 at the Factory Theatre.

Ain’t Too Proud
The fine folks at Mirvish Productions have a full slate of productions leading into two holiday shows we are quite excited about: Charlie and the Chocolate Factory and School of Rock. But before then, there is Ain’t Too Proud. This pre-Broadway production tells the story of one of the greatest R & B groups of all time: the Temptations. Expect stunning renditions of some seriously beloved songs such as “My Girl” and “Papa Was a Rolling Stone.” Ain’t Too Proud runs at the Princess of Wales Theatre from Oct. 11 to Nov. 17.

Now You See Her
The world premiere of this daring work is a collaboration involving some of the most exciting voices in Toronto theatre today: Nightwood Theatre, Why Not Theatre and Quote Unquote Collective — which includes co-directors and Dora Award–winning artists Amy Nostbakken and Norah Sadava fresh off their TIFF premiere of the film adaptation of their play Mouthpiece. Now You See Her is a story of women — “the invisible, the vanishing, the marginalized”   — told from a variety of perspectives through words, movement and music. It should be the most talked-about production this season, and it runs at Buddies in Bad Times theatre Oct. 18 to Nov. 4. The powerhouse production Now You See Her

Becoming Banksy
Banksy has been all the rage in the city over the past few months with exhibitions and unveilings aplenty. So it comes as no surprise that the British street artist turned cult hero is the subject of a new stage work dubbed Becoming Banksy. The show will be here for three weeks (until Oct. 14) in a new venue called the Redwood Theatre in the city’s very hot Gerrard Street East district. Then it heads to New York City for an off-Broadway run,  Yes, Lake Inez for a pre-show dinner is highly recommended.

The Children
We love Fiona Reid. So it was excellent to learn that she is starring in a new Canadian Stage production of the critically acclaimed play The Children.  The play, by U.K. playwright Lucy Kirkwood, was inspired by the Fukushima nuclear disaster in Japan, as well as the elderly people who risked their lives to clean up the mess afterwards. The very talented cast also includes Geordie Johnson and Laura Paton. The Children runs until Oct. 21 at Berkeley Street Theatre.

The Nether
Moving into its fifth season, Coal Mine Theatre kicks things off with the creepy new work: The Nether. In this groundbreaking play, a co-production with Studio 180 Theatre, premiered in Los Angeles in 2013, a detective uncovers a disturbing and immersive virtual world, triggering a battle over technology and human desire. Part crime drama and part sci-fi thriller, The Nether is directed by Peter Pasyk with an impressive cast that includes Katherine Cullen, Hannah Levinson, Mark McGrinder, Robert Persichini and David Storch. The Nether runs from Oct. 11 to Nov. 4 at Coal Mine Theatre.

The Wolves
The Wolves, a finalist for the 2017 Pulitzer Prize, is a provocative play about adolescence and growing up, told through the experiences of a girls indoor soccer team. It premiered off-Broadway in 2016 and will kick off the season at the Streetcar Crowsnest theatre. Two-time Dora Award winner Courtney Ch’ng Lancaster directs the production, which is a collaboration between Crow’s Theatre and the Howland Company. The Wolves runs Oct. 9 to 27. The Wolves kicks off the season at Streetcar Crowsnest Theatre

Noor
Noor is a Rumi-inspired play in two acts, written by Akbar Ahmed about a culture clash that exists within modern Muslim communities. This new Toronto production is part of Aga Khan Museum’s new performing arts season exploring the idea of “The Other Side of Fear.” Noor will be performed inside the museum’s Mongolian yurt. The play runs Oct. 13 to 21.

The Royale
This is going to be exciting and, as far as we can recall, the only play in Toronto that comes with ringside seats. Playwright Marco Ramirez is best known for a popular TV show called Orange Is the New Black. The Royale is a story told in six rounds about boxer Jay Johnson (inspired by the true story of Jack Johnson) and his quest to become world heavyweight champion in the segregated world of professional boxing over a century ago. Soulpepper’s production stars Dion Johnstone as Jay. The play runs Oct. 12 to Nov. 11.

The Message
Governor General’s Award winner Jason Sherman’s latest work gets its world premiere at the Tarragon. The Message is a play about Toronto’s legendary philosopher and media theorist Marshall McLuhan and his struggles to finish work following a stroke. It stars the talented R. H. Thomson and is directed by Richard Rose. We expect very good things. The Message runs at the Tarragon Theatre, Nov. 7 to Dec. 16.