Toronto's most inspirational women of 2019: Anita Krajnc - Streets Of Toronto
Skip to content 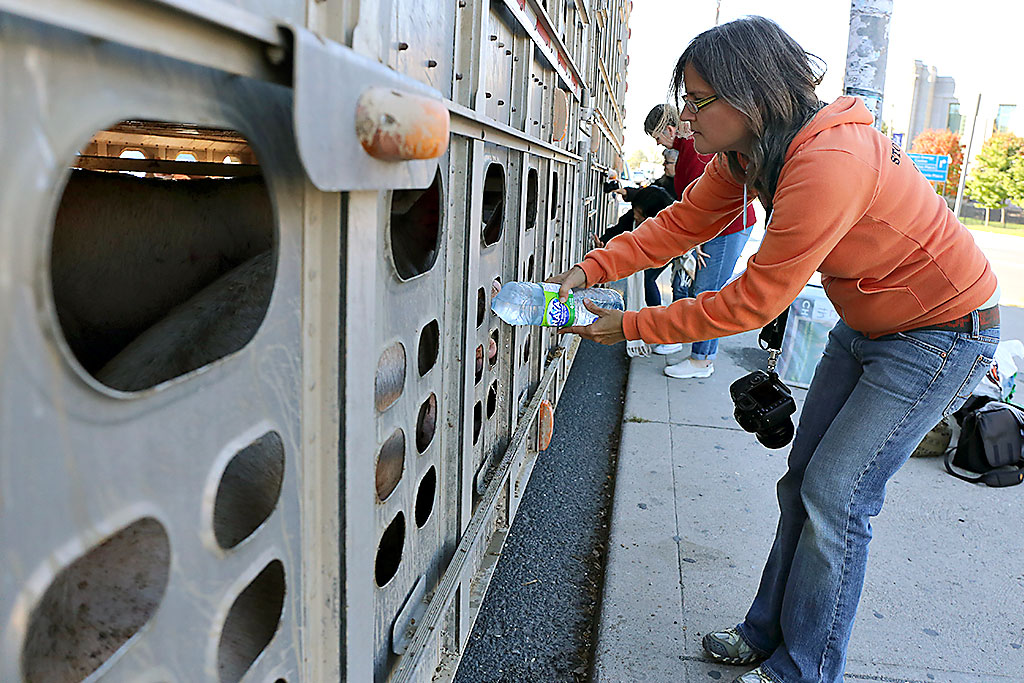 Anybody who puts themselves at risk for the health and welfare and protection of something or somebody other than themselves, that’s a really big statement. I didn’t really know anything about Anita Krajnc until she was giving the pigs water, and that’s when I paid a little bit more attention to her.

Feeding the pigs water is the real shot because that’s about compassion in a direct way. People saw somebody having empathy, and I think that was really powerful. A lot of people talk a big game, but they’re kind of chicken to put it out there and she’s not. To get arrested for the thing you believe in — when the thing you believe in is something so simple as to provide water for an animal in the heat — that’s insane. That shows you where the culture is at and how closed and backwards this culture is and how much it needs to change.

She’s clearly inspirational and has inspired a lot of people along the way. To get Joaquin Phoenix [to attend the Be Fair Be Vegan campaign at St. George station during TIFF] is a testament to her. Joaquin is going to do what feels right for him and his values, so I’m not surprised that he was the person to do it, and I’m not surprised that she was the one to get him to do it.

Real inspiration comes from people who are ready to risk something, and Anita is willing to put herself on the line — I respect that.