Will 2020's most anticipated restaurants get their debut, or will they become a COVID casualty? - Streets Of Toronto
Skip to content 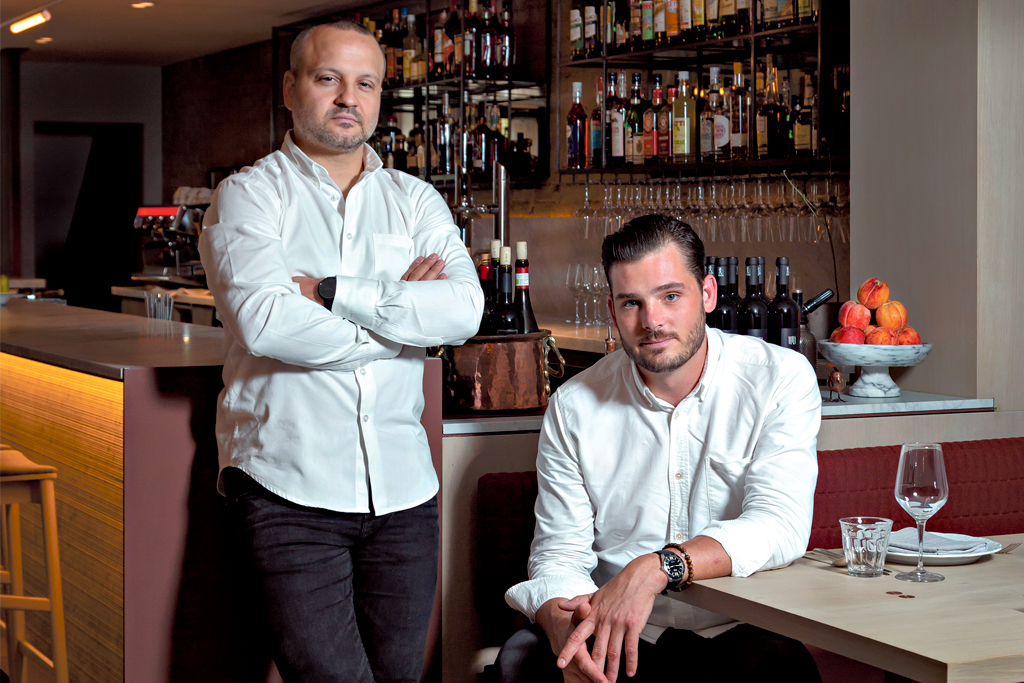 In the months and years before COVID-19 turned our world upside down, Toronto’s food scene was one for the books. Anyone with a passing interest in the culinary arts would eagerly ladle up news on the most innovative chefs, exciting restaurants and achingly cool wine bars pouring pét-nat for weekend oenophiles. The next chapter in this tale is one we’re all familiar with — cautious contactless takeouts, deliveries, a rally against Uber Eats, and so on. But now that a new normal is visible through our less-than-rosy glasses, what is to happen with some of what were to be 2020’s biggest openings?

Chabrol, Yorkville’s beloved boîte of a restaurant, was on the precipice of welcoming friends and family to their new locale the week of March 16th when the coronavirus hit. For years, chef Doug Penfold’s French restaurant had occupied a teeny tiny nook at the end of an alley: cosy-as-can-be during winter, while summer months allowed the dining room to stretch into a romantic outdoor setting. The new space, found at 156 Cumberland Ave., would allow diners to stretch their gams (and arms, for that matter).

As the epidemic intensified, the Chabrol team veered from thinking it would be weeks of closure, to realizing the gravity of the situation.

“We quickly shifted our focus from preparing for reopening to survival,” Penfold says. “We started talking to our landlords, insurance company and suppliers and concentrated our efforts into Mason’s — our butcher shop and fine foods store — which was already set up for retail of prepared meals and raw ingredients.”

Although the goal is to reopen once the government and health officials flash the green light, a frustrating lack of information pertaining to capacity and seating arrangement restrictions has left Chabrol questioning its exact next move. As of the end of May, takeout prix fixe meals every Friday are available for $45 a person, with a minimum two-person order.

In addition to exploring the pickup menu, the team has made some operational changes: a custom mobile application has replaced the need for paper menus, and their payment system is being integrated into the same app allowing customers to pay using their own phones. Additionally, different seating arrangements have been tested out in the dining room, aiming to balance ease of service with appropriate distancing, and they have explored partitioning the space with glass.

Meanwhile at Av and Dav, David Minicucci and chef Rob Rossi have been working steadily at getting Osteria Giulia (134 Avenue Rd.) ready for her debut. Younger sister to Giulietta (972 College St.), Giulia was stepping into the space that housed L’Unità until the end of 2019. As the coronavirus descended, a major facelift was happening.

“When the shutdown happened in March, it was kind of a silver living in a way because it allowed us to focus all of our energy on the build,” Minicucci says. “It’s a 100 per cent gut job,” he says. “Not one thing remains; we’ve reshaped the building. Now when you walk in, it’s entirely open from the front door to the back.”

Once the renos reached a certain stage, the team was able to focus on Giulietta, which is now offering takeout and delivery. Fortunately, landlords at both locations have been sympathetic to their plight, having experience in the restaurant industry.

So have social distancing measures affected seating plans and the like?

“Rob and I have decided not to react until we know what the actual plan is,” Minicucci says. Mapping out Giulietta at 50 per cent capacity takes 78 diners down to 26. “Who wants to eat at a restaurant with 20 other diners?” poses Minicucci. “The energy, the conviviality, that goes away.”

As for Giulia, things keep progressing. “We’re pushing ahead as if it’s not COVID. There’s no point stopping,” he says. “I’d rather have the restaurant completely built, cleaned and lock the door, and when we can start, we can start. We have to keep going.”

Right before normal was no more, Janet Zuccarini flung open the doors to Gusto 501. However, the Gusto of the east wasn’t her only restaurant opening planned this year. Azhar, dishing out Middle Eastern fare, had been set to open this summer on Ossington.

“It is obviously not ideal to open a restaurant — let alone a new one — amidst a global pandemic, but with Azhar we are already well down the path,” says Juanita Dickson, Gusto 54 Restaurant Group president.

With cash flow at a standstill alongside construction (thanks to the Ontario government’s emergency orders), the team has had time to weigh their options. The goal is to restart construction soon, with midsummer eyed as an optimistic end goal.

“Regulations pending, we will likely open offering takeout and delivery,” notes Dickson, “and evolve to a sit-down restaurant when it is legal to do so.” An understanding landlord has helped. “We believe strongly in the concept,” says Dickson, “and chef Stuart Cameron and the team feel that Azhar is a great offering for the Ossington neighbourhood.”

Over in Parkdale, Stephen Schweighardt has been gearing up to open Larry’s Folly (1462 Queen St. W.), originally thought of as a cafe-slash-bar. Permit and construction delays have put things behind schedule, but for now, Schweighardt is hoping to open shop in late July.

As funds are now tight, certain parts of the build may be rethought, plus he’s assessing how to approach seating arrangements. When it comes to a possible partition at the bar, Schweighardt is exploring funky alternatives. “The whole vibe of the shop is a big tribute to the past … so we’re thinking of old antique windows.”

Although he was none too keen to open doing primarily takeout the last time he spoke to Post City, Schweighardt has had to reconsider.

“Money’s tight for the living side and the business side,” he says. Although a fair situation with the landlord has been worked out, he does need to reach a point where he can bring in money. “I realize I’m one of the lucky ones with a landlord who’s very down-to-earth,” he says. “However, I don’t really have the luxury right now to wait it out until the perfect time.” For now, he’s received plenty of eager feedback and is hoping that the Parkdale community will rally behind the shop once it opens.

Finally, Cucina Buca (2 St. Clair Ave. W.), which got uptowners going gaga the moment it was announced, is still acting as home base for Buca’s delivery and takeout operations.

“Right now, we’re taking it one day at a time and continue to monitor developments so we can map out a solid plan with regard to our opening,” says chef Rob Gentile. Although the team pulled together the new business model in little time, the response has been a positive one. Expanded offerings have included ready-to-cook kits, which Gentile notes “is definitely an area of the business we hope to continue to build on.” For now, Buca’s dine-at-home dishes will do their best to sate those yearning for the days when a night out on the town wasn’t but a dream.