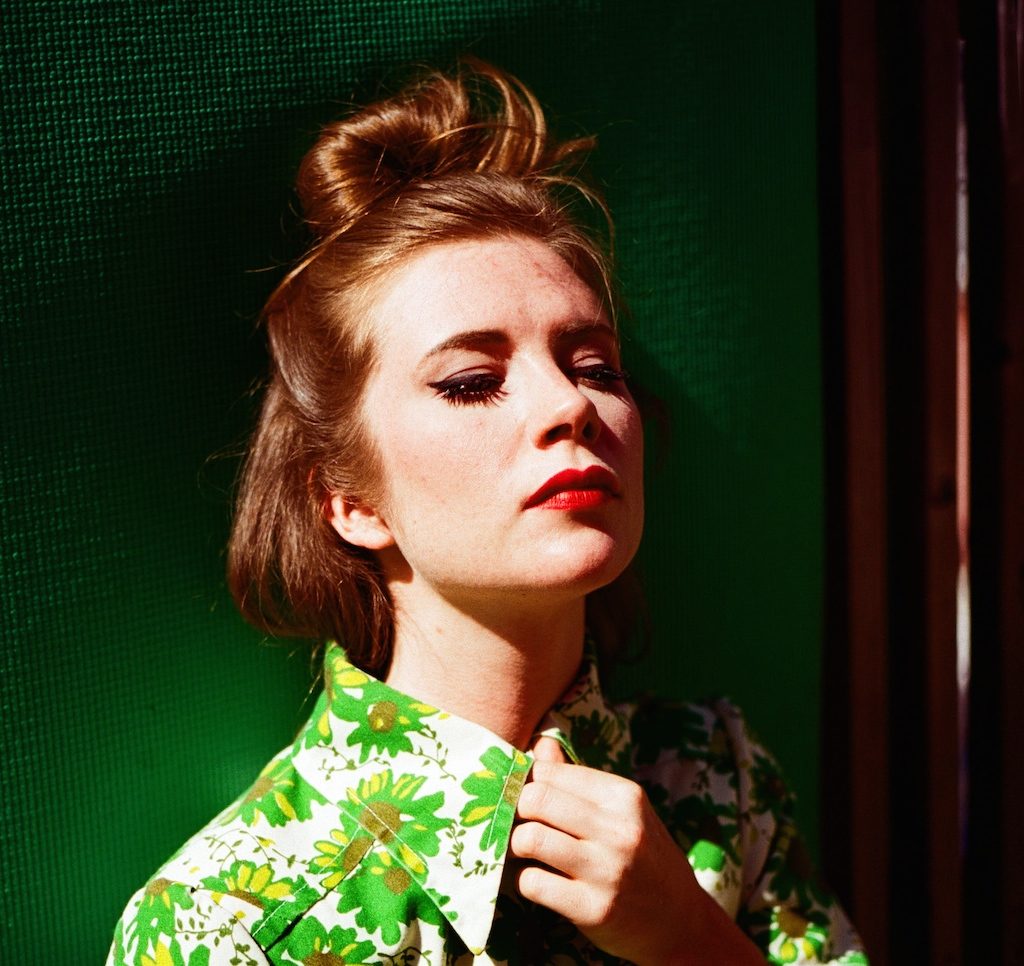 It’s a late fall day, rain teeming down, unceremoniously yanking the brightly coloured leaves from the trees. It’s about this time that some summer music is a requirement in an attempt to save the day. To that end, we have Kirsten Scholte better known as Kirty.
Her latest and self-titled solo album, the follow up to her 2012 debut All I Really Know, was released towards the end of summer, and it is all about the heat. And breakups, but mostly the heat. It features dreamy and lush layers of sound providing a beautiful sonic landscape for Kirty’s smooth and gorgeous voice.
The young musician, who is also a member of the wicked cool band Fast Romantics, opens for Terra Lightfoot at the Horseshoe Tavern on Nov. 5.
“I wanted the soundscape to make someone feel like it was that season,” she says, over coffee at Sovereign Espresso Bar on Davenport Road. “I wrote most of the songs in summertime and I wrote them while busy doing summery things I like to do — going to Toronto Island, biking and socializing.”
The album is also high on the heart-break side of the spectrum, which also speaks to the only season that has a fling named after it. According to Kirty, she gets a lot of material from past relationships, but also from being on tour with Fast Romantics.
“God knows living in a van with five other people can bring about a lot of stories and feelings,” she says.
Kirty balances her work in Fast Romantics, a hot indie rock band currently working on a new album, with a thriving solo career.
“I think that as much as I contribute to Fast Romantics, and we are making a record right now, and I’m involved, but no matter what project, there is nothing quite as satisfying as singing and performing music and lyrics you wrote yourself,” she says. “I experienced it and it’s very easy to sink into it and give a very sincere performance.”
Kirty is an Orillia native, the town north of Toronto on the shores of Lake Couchiching. She grew up a hobby farm surrounded by a family of musicians and music lovers and spent most holidays and special events engaged in some hootenanny or other.
“I grew up in the middle of nowhere, and all of my family and extended family live in Orillia,” she says. “I can drive five minutes in any direction and my family would be right there.”
She would sing at huge family parties while her mother played guitar.
“There was a party every week,” she says. “Corn roast party, Thanksgiving, hockey game have a party, just parties all the time for every possible excuse.”
When she started playing guitar, she was free to play the songs she wanted to play and music took on an even more prominent role in her life, including band at high school. At her mother’s urging, she applied and was accepted into the contemporary music program at Humber College in Toronto. She formed her first band after getting a gig at the Cameron House, a residency followed and Kirty was born.
“I felt like it marked my breaking out,” she says, of her two-hour Wednesday night set at the venerable Queen West watering hole. “I was finally able to play my own music, and form a band, and it was just a cool feeling.”