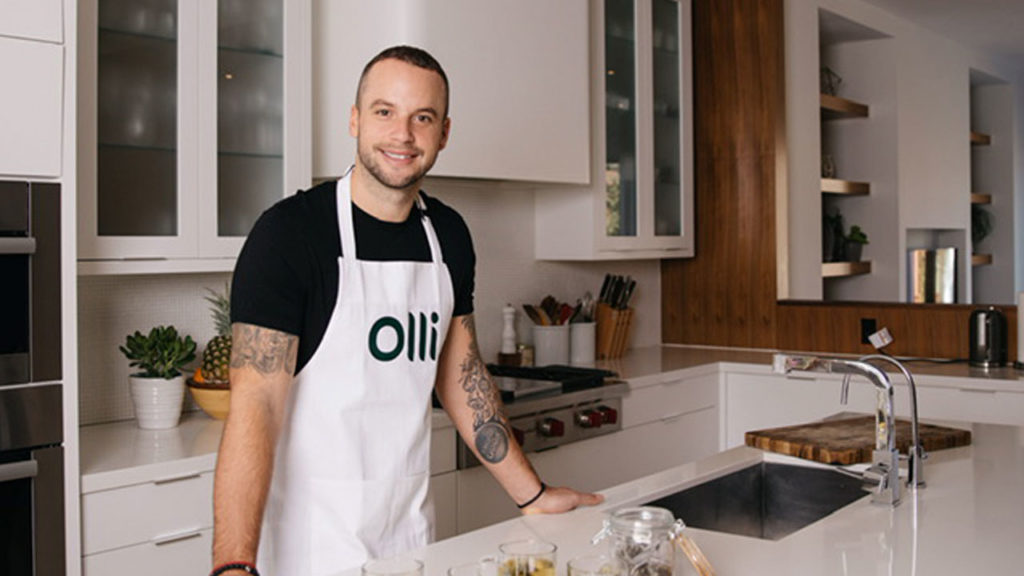 It was after a long, brutal bout of COVID-19 that Adrian Niman found himself in Tulum, Mexico, dreaming about Miami. A longtime denizen of the city, Niman was with his family on an extended recoup mission when he began to get an idea: sure, Miami is amongst the culinary destinations of the world. And no one could doubt that Miami competes anywhere with anyone when it comes to food.

Niman was 22 when he started the city’s premier event catering company at his parents’ condo at Yonge and St. Clair, and since then, he’s turned it into a multi-million dollar business. He’s also opened Sara and its sister restaurant, Rasa, and helped steer Blondies Pizza, gourmet grab and go; Pantry; and, very recently, the hottest new open of 2021, MIMI Chinese. All in all, he’s built a culinary empire not recently seen locally since Mark McEwan became a fixture on TV.

For Niman, Miami was the perfect breeding ground for Food Dudes South.

“There’s just such a growing multi-cultural feeling in the city, and it’s not just Cuban food, but this incredible mixture of Japanese, French, modern-American and Chinese,” says Niman, 37, over coffee at his Pantry location in Rosedale. “With all of these amazing local ingredients in Miami and fresh produce available year-round, my mind began spinning. We think about Canada as this huge country, but the truth is that Florida has the same population as Canada. I felt like Food Dudes South could only do well.”

Food Dudes South, which begins serving yachts, weddings and bar mitzvahs in January 2022, will incorporate the beloved accents of the Food Dudes empire — tomato toast, truffle sliders, pastrami salmon and Israeli skewers — all with Miami flare. Niman plans to incorporate sustainable grouper, snapper and snow crab into his menus, and his partner in Miami has experience working at the Florida outpost of Nobu. Both men know fresh fish.

“It’s so exciting to have that Miami access to seafood and also incredible farms and produce, like citrus and tomatoes — all the warm-weather flavours that I can work with year-round,” says Niman.

The way he sees it, Miami is perfect for all of his brands. “We’ll have Food Dudes North and Food Dudes South, and we’re bringing Blondies Pizza to Miami and looking into potentially a MIMI or Rasa or Pantry or Sara,” he says, a big smile on his face. “There’s just an energy when you arrive in Miami and get off the plane — the food is delicious and nobody judges anybody, which is how it should be.”

As the numbers behind his business get bigger, the pressures mount on the chef. Niman says he’s only too familiar with the dangers of cooking, and he’s seen first-hand the fallout from food groups who mismanage their money. One group in particular with a reputation for stiffing their suppliers and racked up a hefty debt, were almost his partners. Niman almost worked with that team (who he wishes not to name) back in 2018, but he trusted his instincts and learned an important lesson in being a restaurateur: the owner of the business gets paid last.

“As I was negotiating the deal, I realized the inner workings, and it became apparent that they stretched themselves too thin,” says Niman. “If you treat people with respect and don’t burn suppliers — not one supplier in Toronto could ever say, ‘Food Dudes burned us on a bill.’ We have the mentality that everyone gets paid first — if you stiff people, it only leads one way.” Niman’s philosophy amongst all his locations, whether he’s an owner or investor, flies in the face of conventional wisdom — it’s not about customer first. “I think the employee comes first and that spills over to how the customer is treated,” he says. “If you come into Pantry and grab a combo number one and the staff isn’t happy, you won’t have a positive experience. Staff being happy, I think, always comes first.”

To establish himself, Niman grew from a chef into a builder of empires and the first big lesson was stepping back from day-to-day operations. The second was to empower his people and let them lead the way. He credits the success of Mimi to his longtime partner David Schawrtz and Blondies Pizza, the brainchild of Matt Blondin, which now has eight locations. Both men have spent years prior to their successes working by Niman’s side.

“I started to see after year five or six that I had to change my leadership style and stop being so micro and worrying about the chopped salad being exactly how I want it,” says Niman, who points to cooking for 500,000 people at the Honda Indy or six NHL teams at Hotel X during the pandemic bubble as good examples of him trusting and leaning on his team. “I never thought Food Dudes would grow to what it has and I would expand to south Florida, but I never stopped investing in my people and I wasn’t scared to take risks.”

The risks these days are exhaustion and his own mental health, something he’s spoken openly about. In addition to the restaurants, he’s an owner in Olli, a line of premium edibles that makes white label gummies for Ace Valley (owned by cannabis company Canopy Growth). Olli recently came out with a product that’s sugar-free.

“My two passions,” he says, “are food and cannabis,” he says.

And, even though he’s clearly having a moment, he says he works hard to maintain a work- life balance.

“Sundays are my day with my children, and everyone knows to never schedule anything for me on that day,” he says. “It grounds me and makes me think I can live a normal life of being a parent and a family man because I want to keep going. I want to see everyone flourish. My dream is becoming a reality in which everyone grows.”