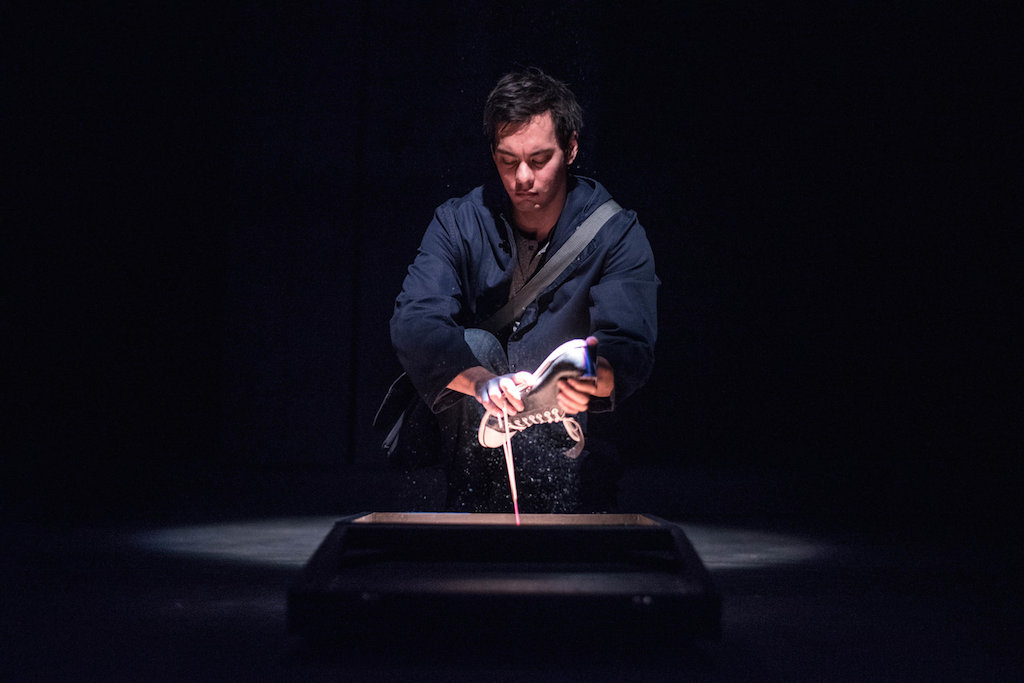 Toronto’s fu-GEN theatre company may have had their plans for a major festival performance in May scuttled by COVID-19, but they managed to pivot nimbly and adapt to the new circumstances by readying an experimental new online theatre piece.

Online Joy Edit is a series of intimate one-on-one interactions taking place online over various communications channels. It premiered on April 2 and continues today and tomorrow.

Most interactions will happen over the video conferencing app Zoom.

Options for the one-on-one performances include everything from a mad scientist constructing a joy machine and a dance journey to dramatic candlelight readings to a duet with a 12-year-old from the past to the tune of Queen’s “Bohemian Rhapsody.”

Surprisingly, it’s something that was already in the works for next season.

“The oddly prescient thing is that we’ve actually had this on the books for a while, and we were supposed to do it next season,” says artistic director David Yee. “When the stay home measures started going into effect, we decided to get an early start.”

As Yee explains, fu-GEN has always been a traditional theatre company for the most part, but every now and then, they like to experiment.

“It started in 2010 with Sex Tape Project which isolated actors in a hotel, performing the physical actions of a play, while the audience was across the street with binoculars, watching,” he says. “Each audience member listened over headphones to one of three distinct audio plays that were possible interpretations of what was happening in the hotel, all matching the same physical action.”

Last year, fu-GEN ran another experiment in Markham called Fearless. It was created to reach Asian Canadian communities in the suburbs who don’t travel to the downtown core in Toronto to see theatre.

“Our response was to create one-on-one immersive theatre pieces that happened between one performer and one audience member in the audience member’s car while they drove,” Yee says. “We developed an app that functioned like Uber in reverse, where drivers could select and book passengers, but those passengers were artists waiting to start a very immersive and intimate short performance.”

A similar principle is at play with the new production Online Joy Edit.

“What we learned from Fearless was that people are super scared of letting a stranger into their car. That’s understandable,” Yee says. “What if we went in the totally opposite physical direction while maintaining the intimacy and immersion that you get with one-on-one performance? That’s what led us to Online Joy Edit.”

Each encounter in the new production is unique, and the requirements of the audience members also change based on which they choose to do.

“If you choose Maddie Bautista, you are signing up to sing “Bohemian Rhapsody” with her. Not just a section, not just the Wayne’s World bit, the whole song.” Yee says. “Natalie Gan will read you cringe-worthy blog posts she wrote when she was between the ages of 17 and 24 while playing the emo songs she was listening to while she wrote them.”

One of the more unique productions is from Vienna Hehir, which is a duo with a well-known Italian fashion photographer Luigi Ceccon, who is quarantined in his apartment just outside of Rome.

“Vienna will ask the audience member questions about their most joyful moment or memory, and Luigi will — using only what’s available in his apartment — create a unique and personal photographic impression of that audience member’s joy,” Yee explains. “I mean, that’s what artists do: we create a physical or aesthetic thing for you to attach meaning to.”

Although the production is certainly non-traditional it is definitely theatre in that it attempts to make audience members feel something, to take them somewhere. All that it requires in return is a willingness to let go.

“I think the best thing anyone can do is to come to it with no expectations,” Yee says. “There’s nothing to prepare and no way to do it correctly or a way to do it best. Just come and be your most authentic self. That’s how the magic happens.”

To book an Online Joy Edit experience head to the fu-GEN website.