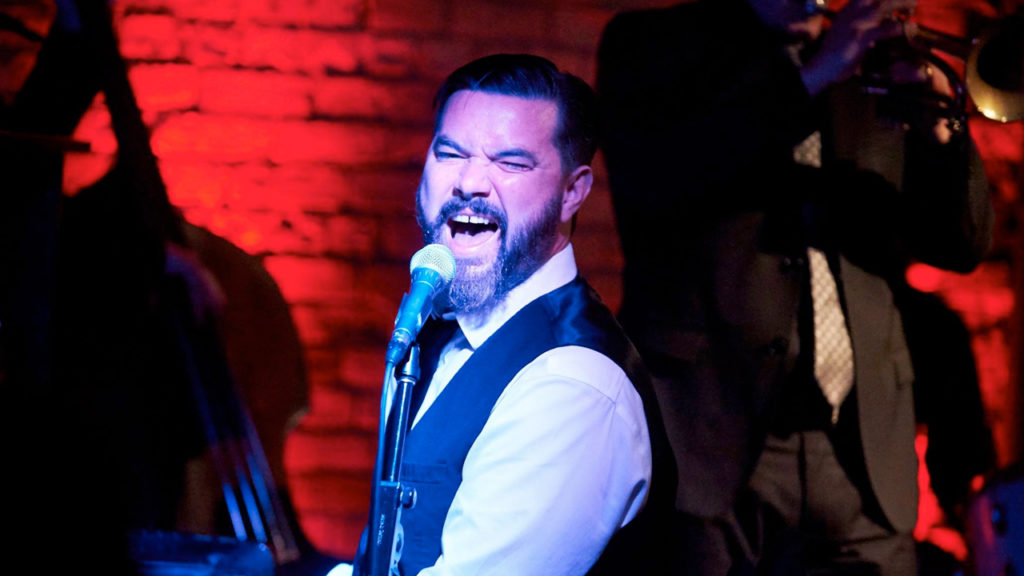 While speakeasies may be all the rage with the cocktail crowd now, the Reservoir Lounge was giving Toronto a Prohibition-era experience well before it became a trend.

The speakeasy opened in 1997, and has hosted many award-winning Canadian musicians in its underground, exposed brick space. Michael Bublé even honed his buttery smooth voice at the Reservoir Lounge before making it big. The venue celebrated its lasting legacy on Monday, April 4, with an live-shucking oyster bar, champagne and cocktails circulating the space, and live music from Tyler Yarema.

Inside the historic space, there’s a regular menu of tapas-style plates made with ethical ingredients, including Reservoir sliders alongside a selection of pizzas and salads, among others.

Finely-crafted cocktails include a wide selection of martinis, a drink called the North of the Border (made with Volcan Blanco, vermouth, jalapeno syrup, bitters and an orange twist), and cocktails such as the Pomme de Henny (made with Hennessy, fresh apple, Demerara and lime) and the Twisted Peach (a mixture of Absolut Raspberry, peach puree, house sour mix and ginger ale).

Of course, the festivities played up the dimly-lit, 1920’s style vibe of the space, which is decorated with black and white photos of the jazz greats that have played the Reservoir Lounge, and a centrally-located bar surrounded by round, tablecloth-adorned tables that go back to the original, now famous speakeasies of the Prohibition era.

Regular programming, the stuff that’s made them last for over two decades, includes live music with a jazz, swing and blues-heavy schedule posted on the Reservoir Lounge website. It’s so successful, in fact, that it’s been recognized as one of Toronto’s best, and even the world’s best, bars. The Reservoir Lounge is located at 52 Wellington St. E., in the St. Lawrence Market neighbourhood.