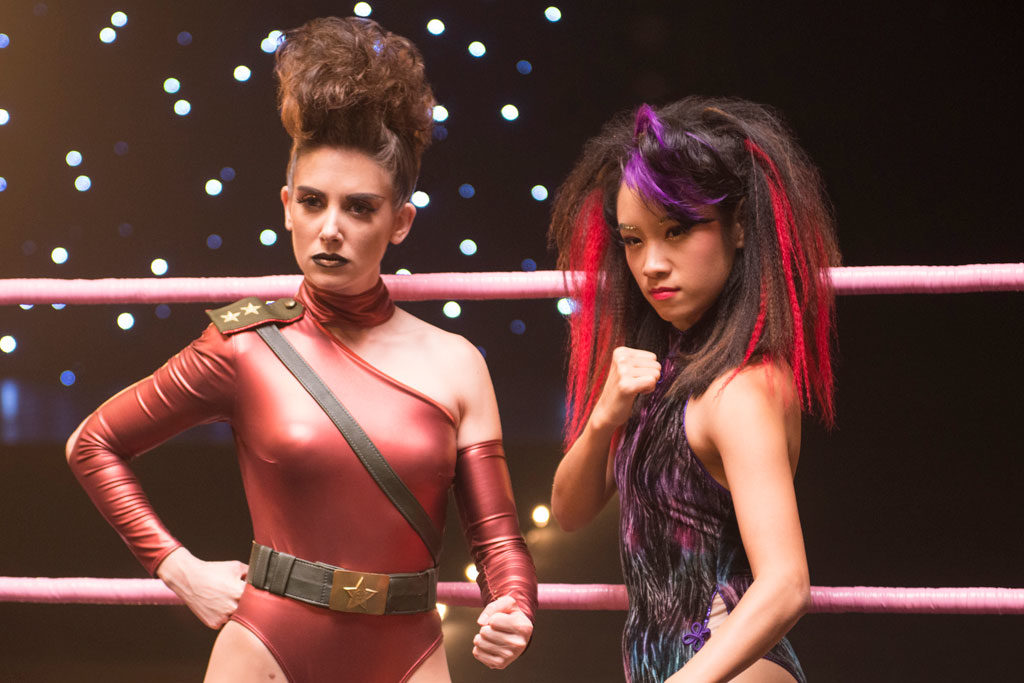 From roughing it up in a wrestling ring in Netflix’s comedy series GLOW to swinging across a rock venue stage wielding a pair of knives in the 2010 hit (and love letter to Toronto’s indie rock scene) Scott Pilgrim vs. the World, Ellen Wong is no stranger to subverting stereotypes. The Toronto actress is part of this year’s cohort of TIFF’s Rising Stars program, a professional development program that identifies and fosters Canada’s brightest emerging talent and includes alums such as Tatiana Maslany, Stephan James and Sarah Gadon.

“I feel so grateful that I’m part of this program because it’s such a supportive environment and a safe place to be able to bring the Canadian stories to the film and TV landscape,” says Wong.

The journey to star status has been rife with self-questioning. The child of Cambodian refugees, Wong has a unique perspective in the industry of film and television, which she approached with caution.

“I’ve always wanted to be an actor, but [growing up] I always felt like it was a secret,” said Wong. “Given where my parents are from, there was a lot of fear instilled –– fear of failing, fear of not having security, not feeling safe in life.”

A postgrad backpacking trip through Southeast Asia, including Cambodia, helped her fully understand the journey that her parents underwent to get to a place of security: through the refugee camps, the loneliness and the crushing realization that they would never be able to go home. “You didn’t even know snow existed, but then here you are, in a foreign country, in the wintertime!” she exclaims.

“I understood why they did not want me to pursue a career that meant taking a risk and meant no guarantee of security or safety or income,” she says. “But I also thought, ‘If I don’t at least pursue my dreams, then what did my parents go through? Why did they do that?’ They’ve come here so that I can dream.”

GLOW, Wong’s most high-profile project to date, is about a group of women who inadvertently find themselves the stars of a new show about female wrestlers. In one episode, after Marc Maron’s character dismisses her as “Oriental,” she swiftly corrects him: “I’m Cambodian,” she says.

“It’s just two words,” said Wong. “But I felt that was a huge leap in terms of what the Asian identity is on screen. That was huge to me.”

Wong also appears in the upcoming TV series Condor and has a recurring role on Syfy’s Dark Matter. She and the other TIFF rising stars, Daniel Doheny, Mary Galloway and Théodore Pellerin, were chosen by an all-women jury, including filmmakers Deepa Mehta and Patricia Rozema.  It’s an innovation that makes the Rising Star program stand out.

“A program like TIFF Rising Stars is so amazing because it definitely caters to helping actors not just be actors but also be activists and stand for things that really matter to us as humans,” says Wong. “There’s so much talent here, and I don’t ever want to lose sight of where I’m from, ever.”