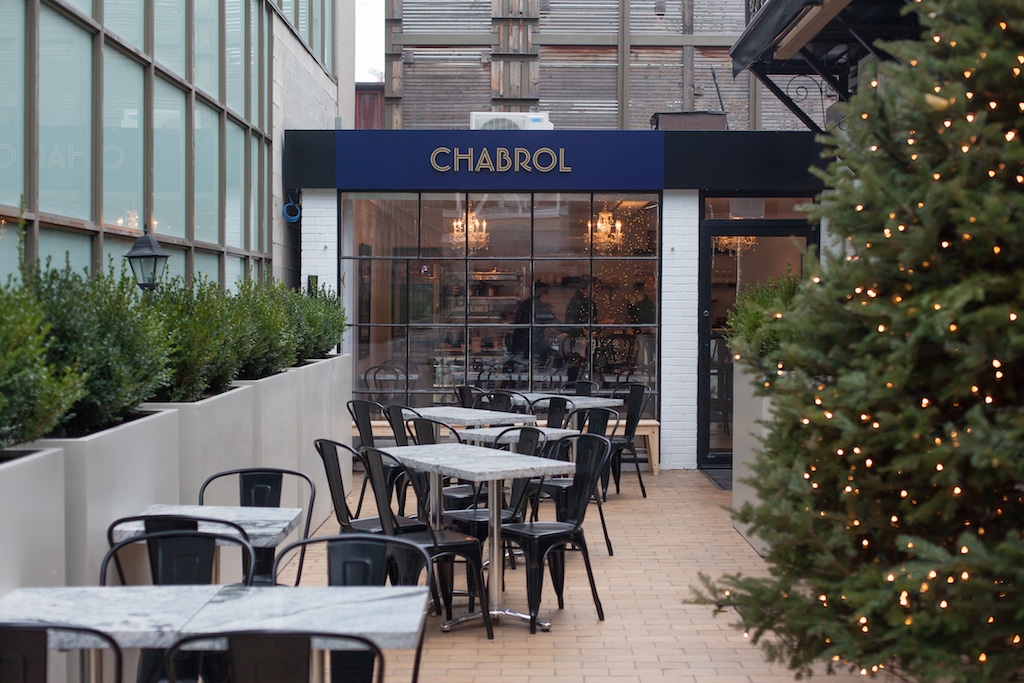 Yorkville’s quaint back-alley bistro, Chabrol, has found a new home, and the fans of this romantic and decadent French bistro can breathe a sigh of relief. The new location means a larger kitchen, and more room for Chef Doug Penfold to work his culinary magic.

This spring, the restaurant will nestle up in a heritage building beside Bar Reyna at 156 Cumberland Ave. And the current Chabrol, tucked in an alleyway off Yorkville Avenue, will remain open for lunch and dinner service for the foreseeable future.

With a new location, comes a new menu. The Cumberland rendition will feature many classics such as their to-die-for roasted apple tarte, along with some fresh concepts from Penfold.

Known for his innovative work at Cava, the chef went on to open Chabrol in 2015 and Tanto in 2018, with former co-owner of Cava, Niall McCotter and Peer to Peer Hospitality Group.

McCotter has since left Chabrol and is now director of operations at King West bistro Lapinou.

The new location will feature an assortment of southern French dishes with a twist. The larger dining room will also feature a raw bar and a more vibrant atmosphere.

The current location has a small prep-kitchen in the lower level of the restaurant, but for the most part, the chefs are cooking right behind the bar. But, with the new location, Penfold and his team have larger kitchen space and will be able to create and experiment with new cooking techniques and different appliances. This means guests can expect even more extravagant dishes from Chabrol.

In terms of numbers, the new space won’t hold many more seats, but the layout is said to be much different than the current cosy hideaway.

While we await the anticipated March 1 opening, head into Chabrol for a leisurely lunch over chestnut soup and a glass of French chardonnay.