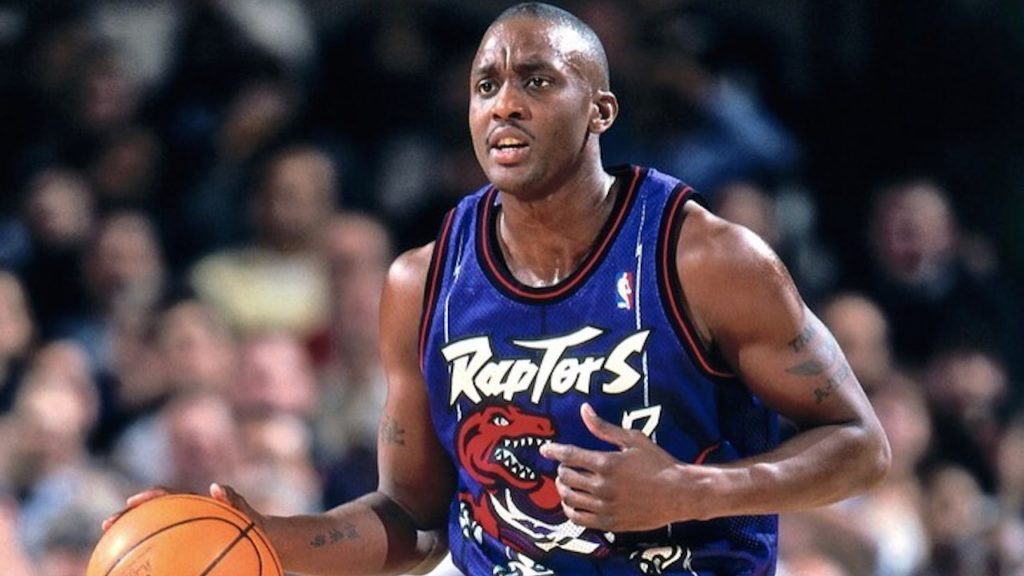 Toronto’s sports teams tend to have spectacular taste when it comes to their jerseys. We have been blessed with a diverse colour palette as well as every sport under the sun, giving Torontonians the chance to support however way they wish. However, throughout the years, we’ve had a few duds. Below is a four-tier ranking of a few of Toronto’s sports franchises’ best uniforms yet.


From 1995 to 1999 your Toronto Raptors wore a uniform which has become one of the most famous uniforms of all time. For their inaugural season, the Raps wore a full purple uniform accented by slick silver lighting bolts, red and black shoulder stripes and a massive raptor logo on the front.

This jersey just screams ’90s! It has an edgy font which fits similar fashion choices from that era, as well as a powerful logo which grew on locals. Today, the jersey serves as one of the best retro designs out there, becoming the first overall pick for any sports-themed party.

In its entirety, the uniform is extremely clean and was designed flawlessly. The coherent white stripe which runs down the sleeves, into the belt and onto the pants was a terrific touch.

A close runner up for the A tier was TFC’s black, or onyx, away jerseys from 2014. The black and red kit was developed in order to help produce a more coherent look among MLSE teams. The Jays and Leafs wore blue and white, so why not pair up TFC with the black and red ball team over at the former ACC?

The black kit featured classic Adidas styling as we see three red stripes painted down the shoulders and quads of our TFC stars. Beneath the interesting black colour was eight different vertical sets of circles which added depth to the kit when shot under light. As well, this particular kit fit fans very well, which is a rarity among authentic sports jerseys.

Another OTD in 1967, the Toronto Maple Leafs won the Stanley Cup. They haven’t won one since. pic.twitter.com/1KyhbxqhOH

The other uniform joining TFC is the Maple Leafs home jerseys from 1963-1967. Funnily enough, the Leafs won the Stanley Cup in the jersey’s inaugural season, as well as its last year. On the forefront of this classic uniform was the Leafs 35 point logo which stuck around longer than any pre-expansion Leafs logo. As well, the jersey featured navy stripes in various areas and in different thicknesses. The shoulder colour blocking matched the thin to thick stripes on the forearm, making the uniform look cohesive.


Toronto’s recent sports franchises have been styled from two different ends of the spectrum. On one hand, the MLR Toronto Arrows wear blue and white in a similar fashion to our hockey and baseball franchises. On the other hand, York United have received a colour facelift as they rock green, blue and white.

The Toronto Arrows donned three different uniforms in their 2021 season, including a blue home kit with white shorts and a Sunday-specific home kit which swaps the blue top for a white one. However, the team’s away jersey pays homage to original rugby jersey styling with horizontal stripes and a collar for a dignified look.


York United opted to make their home kit their best uniform yet. For the 2021/2022 season, York rocked a white kit which had a dual striped cross pattern offset towards the club crest. The sleek yet innovative design made for one of the best kits in the entire CPL, potentially even trumping TFC’s home kit for this upcoming season.

The unfortunate losers of this tier list come in the shape of a jersey which carried bad mojo, and another which just flat-out sucked.

In the 2011/2012 campaign, the Toronto Raptors wore a camouflage jersey in support of the Canadian Armed Forces. And on March 21, we watched the Raps come out in a jersey that is universally understood to be the franchise’s worst jersey yet.

Although the meaning behind the uniform is significant, the team could have done much more than simply throw their athletes into a hodge podge, camouflage mess. Remember, this is the same franchise who gave us the black and gold OVO jerseys, our championship winning whites and even the uniform that topped this list.

The Raps ended up losing their camouflage game. However, it wasn’t as bad as the Jays’ record when wearing their alternate blacks from 2004 to 2011. The Jays lost on and off the field when wearing their black uniforms throughout the 2000s. Many believe that the uniform was cursed, and rightfully so. The team didn’t make it above 86 wins in the years they wore the black, finding themselves winning below 75 games on multiple occasions.

However, the uniforms warranted their bad rap due to how American they felt. This was the first year where a Jays uniform didn’t sport a maple leaf. Some even described the lack of blue as being as bad as the Cincinnati Reds not wearing red. Overall, these jerseys were a miss for the Jays, and we haven’t seen a black jersey since.