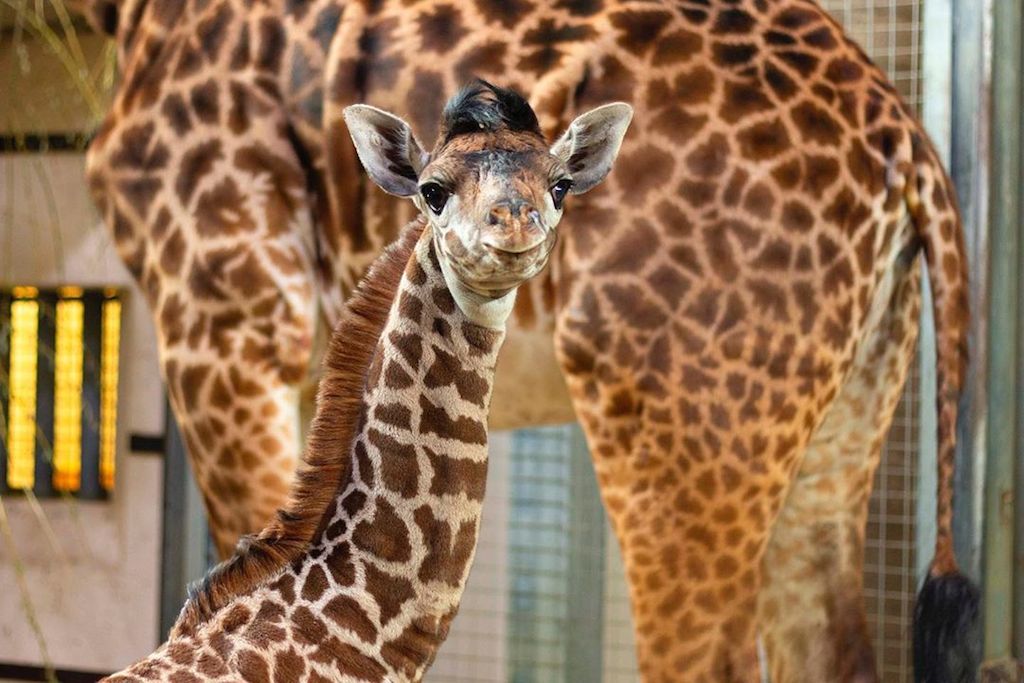 The baby Masai Giraffe, born at the Toronto Zoo on May 12, has been waiting for weeks for a name and now that moment has finally come.

Formerly known as Baby Long Legs, the newborn’s name was ultimately chosen by the public out of eight submissions. The finalists were chosen with the feedback of Raptors President Masai Ujiri and Honorary Consul of Kenya, Sunir Chandaria. According to the zoo, more than 20,000 votes were cast to name the newest member of the Toronto Zoo.

Pleased to officially welcome #Amani to @TheTorontoZoo family. With the help of residents across our city, @TheTorontoZoo was able to name our city’s newest baby giraffe, #Amani – meaning peace. pic.twitter.com/HVXbJpjuf8

So what was the winning name? Amani Innis Dagg. Amani means “peace” in Swahili, while Innis Dagg is in honour of the zoologist Anne Innis Dagg, who is thought to be the first person to study giraffes in the wild. The zoo even held a Facebook Live event with Dr. Innis Dagg to celebrate the occasion.

The zoo hopes that the new baby giraffe will raise awareness about Masai giraffes. In a press release, Toronto Zoo president Dolf Delong said, “We are very proud that Amani will be an ambassador for Masai giraffes, educating the public on the challenges this species is facing in the wild so we can address the threats they face and halt declining populations.”