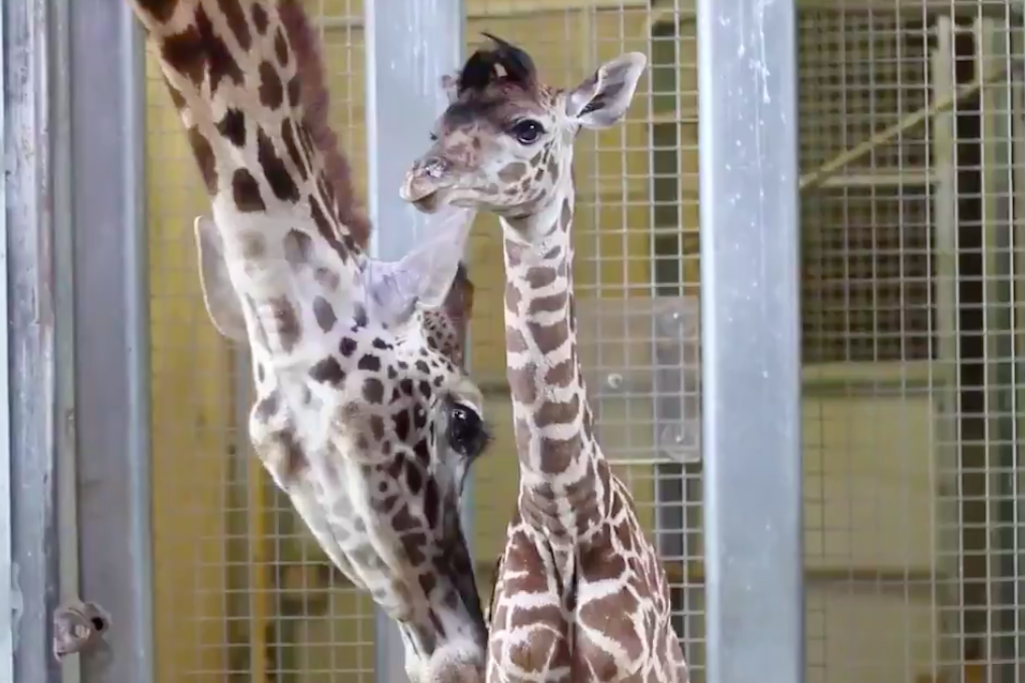 Finally, some good news! A giraffe at the Toronto Zoo just gave birth to a beautiful baby calf. Mstari, a Masai giraffe who is six years old, had been pregnant for 15 months (the gestational period of a giraffe is between 400 and 488 days), so it’s been one long wait for this magical day.

Still no sign of #BabyLongLegs (except for those kicks of course) 👀 What is your guess for when he/she will arrive? 🦒 #ClosedButStillCaring #TheZooToYou

The baby giraffe was born in the early hours of Tuesday, May 12 and while the calf’s height and weight has yet to be announced, zookeepers say it’s very healthy.

“Both mom and calf are doing well and Wildlife Care Keepers continue to monitor Mstari and calf closely to ensure calf continues to nurse from Mstari regularly,” the Toronto Zoo said in a statement.

There’s no word on the calf’s name just yet, but for now the Toronto Zoo is calling it Baby Long Legs, complete with a matching hashtag.

In the early morning hours of Tuesday May 12, Mstari gave birth to a healthy calf. Both mom and calf are doing well and Wildlife Care Keepers continue to monitor Mstari and calf closely. Take a look at his/her first day 🦒#savingspecies pic.twitter.com/qqM2eg3Zhf

The Toronto Zoo says this is the first offspring for both mother Mstari and father Kiko, a seven-year-old male who came to the Toronto Zoo from Greenville Zoo in South Carolina in 2015. “The pairing of Kiko and Mstari was at the recommendation of the AZA Masai Giraffe Species Survival Plan (SSP), a cooperative breeding program among accredited zoos,” the zoo’s statement reads.

According to the zoo, fewer than 35,000 Masai giraffes survive in the wild, having experienced more than a 50 per cent decline in the past 30 years.

“Illegal hunting and habitat loss are their primary threats. The Toronto Zoo is part of the AZA Masai Giraffe Species Survival Plan (SSP) and continues to support field conservation efforts for the species. Mstari is currently the most genetically valuable female in the SSP, and so this calf represents an important genetic contribution to the North American population. The Toronto Zoo has had 19 giraffes born since 1980, and this birth represents the first third-generation Toronto-born giraffe — both Mstari and her mother, Twiga, were also born at the Toronto Zoo,” reads the statement.

But the new baby giraffe isn’t the only welcome news. The Toronto Zoo also recently announced that they already raised more than $500,000 in just nine days for the Zoo Food For Life campaign, aimed to support the animals during the coronavirus pandemic. That’s enough to feed the animals for over six months!