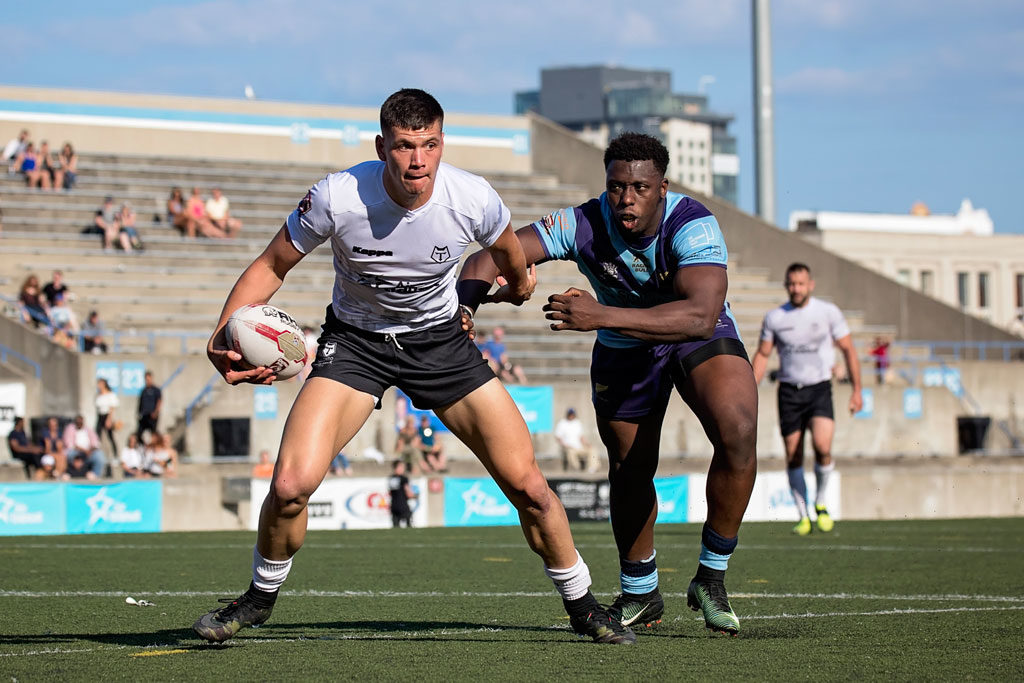 Toronto Wolfpack players have taken to social media to highlight their financial situation after the club pulled out of the Super League season amidst financial challenges, ownership issues and the COVID-19 pandemic.

The Wolfpack were the only North American team in the Betfred Super League, a top-tier Rugby League that largely includes teams from England (one team, Catalans Dragons, is based in France).

The Wolfpack pulled out of the Super League season earlier this year, citing unexpected and overwhelming financial challenges.

“Greatly reduced ticket, sponsorship, merchandise and game-day revenue streams have resulted from the loss of all 11 of the team’s home Super League games in Toronto,” said the team in a statement on its website.

“The Wolfpack would be left covering significant additional costs simply to complete a season of games in the U.K. including COVID testing, stadium rentals, medical costs and player pay increases to align with the rest of the league.”

Wolfpack prop Darcy Lussick, who is Australian, took to Twitter on Aug. 10 stating that players and staff with the Wolfpack have not been paid in three months.

“Technically stranded in UK. No visa so I can’t work, no help getting home to Australia as promised. About to be evicted from my house,” said Lussick.

Technically stranded in UK. No visa so I can’t work, no help getting home to Australia as promised. About to be evicted from my house. A lot of people have it a lot worse then me but this situation has gone too far now. @TheRFL

He also questioned when the Rugby Football League (RFL), the governing body for professional Rugby League in England, would step in to help the welfare of players contracted to their competition.

A message regarding pay was also tweeted by several other Wolfpack players such as Gareth O’Brien and Joshua McCrone.

O’Brien, who is English, has recently signed with the Castleford Tigers to finish the remainder of the season on loan. However, Lussick and fellow Australian McCrone, as non-British players on a team based in Canada, have visas that only allow them to stay in England for six months in a year.

While other import Wolfpack players such as Sonny Bill Williams and Ricky Leutele have headed to Australia and New Zealand, Lussick remains in the U.K., not being paid and unable to work on a visa that is about to expire.

In an update on the team website on Aug. 7, the Wolfpack said they are currently talking with several investment groups interested in taking on ownership of the team.

“Whilst these talks progress we continue to work with our majority owner David Argyle and the RFL to ensure that the club can meet its payroll obligations to players and staff, as David has publicly stated,” said the team in the statement.