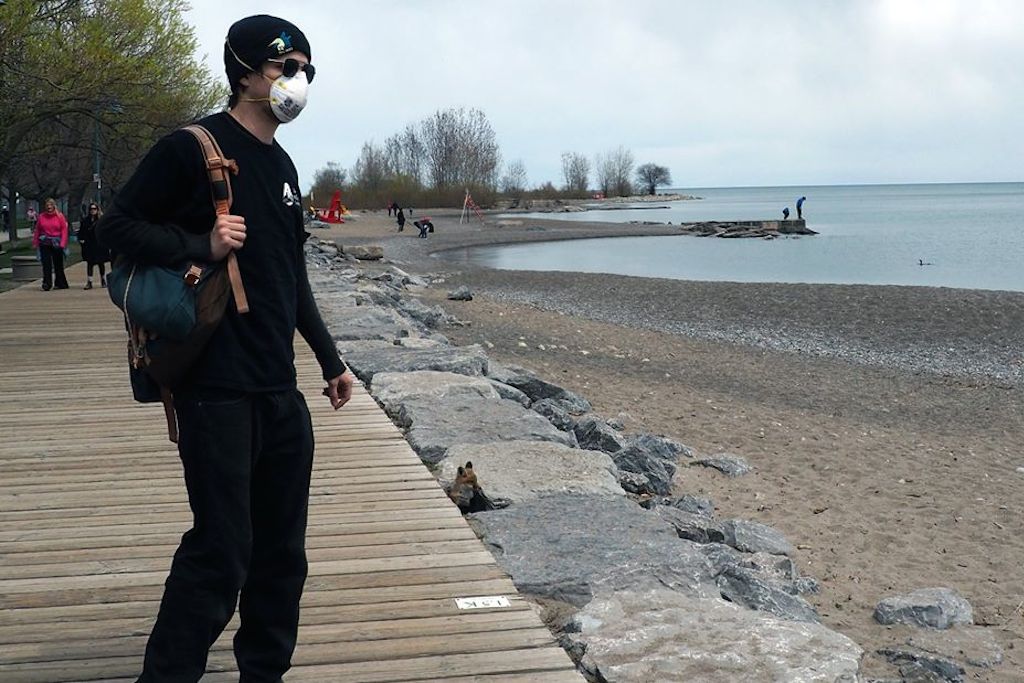 Torontonians have been following the story of the family of foxes at Woodbine Beach since April. What started as a rare and fun sighting of fox kits turned into a much darker story. First the Toronto Wildlife Centre (TWC) urged residents to leave the foxes alone and the city set up barricades around the den. Then last month, the body of the one of the kits was discovered by a volunteer. The TWC noted the wounds suggested the kit was killed by an aggressive dog.

As of today, TWC has removed its volunteers from their post protecting the family of foxes at Woodbine Beach due to concerns for the safety of the volunteers.

“Unfortunately, there has also been hostility towards our volunteers at times, including verbal abuse. There have been two very serious threats of physical violence — one where a man told a volunteer, ‘If he had a knife he would stab her’ and, more recently, a man who actually went after a teenage volunteer with a knife,” wrote the TWC in a Facebook post on Monday.

Over the past month, the organization had 58 volunteers who contributed almost 1,500 hours to protecting the family of foxes at the boardwalk. The volunteers were on sight to practise aversive conditioning to encourage the kits to avoid people.

“Despite our deep concern for the fox family, the safety and well-being of our volunteers is paramount. As a result of these serious concerns, we have made the difficult decision to conclude the presence of our volunteers on site,” wrote TWC in the post.

A post shared by Toronto Wildlife Centre (@torontowildlifecentre) on Jun 8, 2020 at 12:15pm PDT

Now the organization is relying on members of the community to provide a safe environment for the fox family. Recommendations from the TWC include:

The aversion tactics employed by the volunteers, which include clapping and stomping near the kits, helped encourage the kits to avoid humans which is necessary for their survival. The TWC wrote in the post that the foxes are now reaching an independent age and are venturing further from the den. They are practising hunting on their own and on animals that their parents bring to them.

“We will continue to do what we can to help the fox family, such as working with the city on signage and continuing to try and educate the public. But it’s up to everyone now to ensure their long-term survival,” concluded the Facebook post.