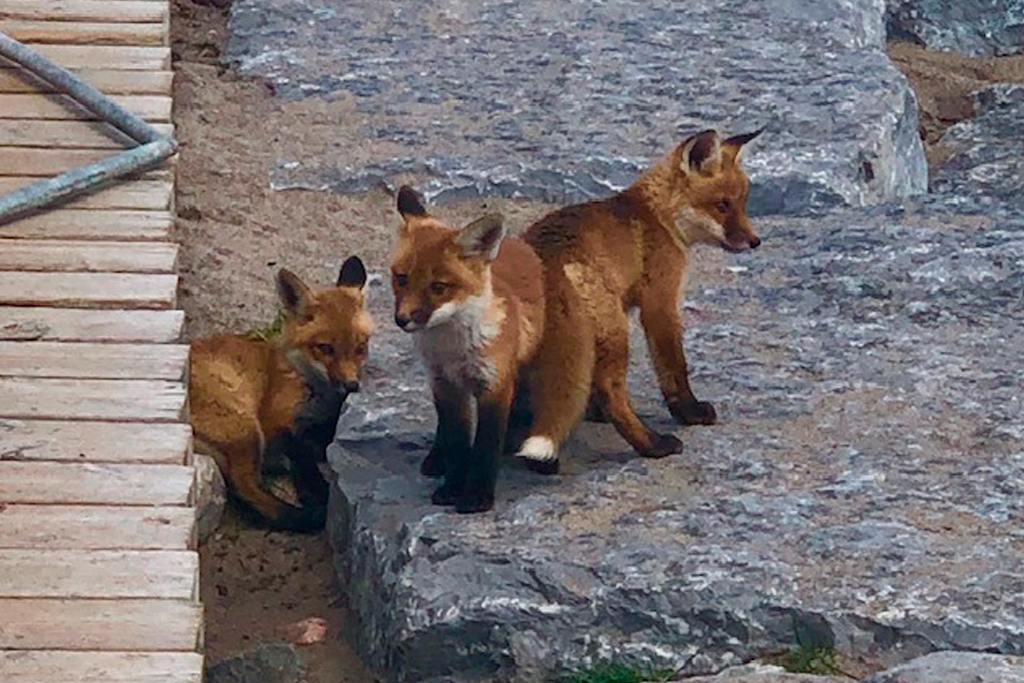 As the COVID-19 pandemic has forced people indoors, the city’s wildlife is thriving and reclaiming parts of the city, such as the family of foxes that was found frolicking on the boardwalk of the Beach neighbourhood. While the foxes became quick internet celebrities, the city and the Toronto Wildlife Centre are now reminding residents to leave them alone.

“Although they’re a wonder to watch, especially to see fox kits playing, keeping your distance from them is crucial,” says the Toronto Wildlife Centre in a Facebook post. “Individuals have been spotted hand-feeding the babies and gathering too closely when taking photos, which puts the kits at risk of becoming habituated to humans and stresses the fox parents who are unable to reach and bring food to their young through the crowd of people.”

The centre also notes that feeding the babies is dangerous and will negatively affect their development into normal adults.

In an effort to protect the fox family, the City of Toronto set up barricades around the fox den to block residents from gathering around them, but these barricades have since been removed and crowds are once again surrounding the foxes.

“We are currently working with the city to get new barricades back around the den, but the public needs to know to leave this family be,” the Toronto Wildlife Centre explains in the post.

The city’s Twitter account also posted a thread explaining to residents that they should not gather to watch the foxes and they must keep all dogs on leashes.

Do not approach as these are wild animals and this fox needs space to raise her young. Do not ever feed wildlife as providing food to wildlife is detrimental to their health. If you ever see injured or abandoned young wildlife, call @311. Info on foxes: https://t.co/RwVVMapg4X

The Toronto Wildlife Centre is also urging anyone who sees groups gathering to watch and/or feed the foxes to call 311.