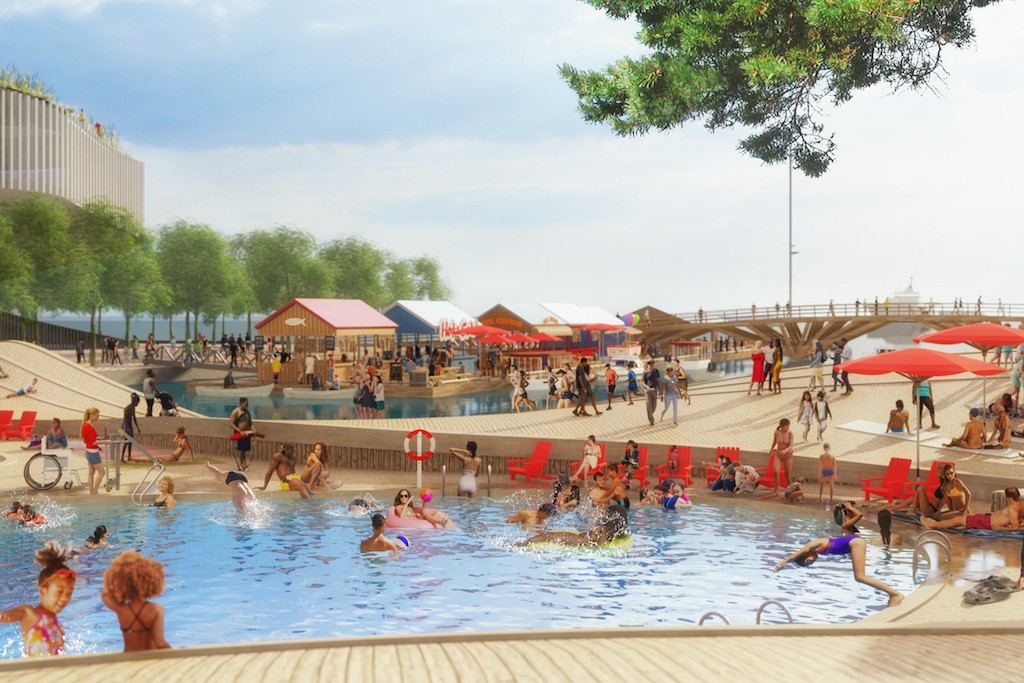 Waterfront Toronto has announced an ambitious plan to develop Parliament Slip, a derelict portion of the city’s waterfront located where Parliament Street meets Lake Ontario, to create what it calls “a waterfront destination where people can enjoy new access to the water.”

According to Waterfront Toronto CEO George Zegarac, the plan will include new kayak and canoe launches, lakeside pools, open water swimming opportunities, a floating restaurant and a lakeside amphitheatre. The plan will also include new mooring facilities with charging stations for electric marine craft.

“Toronto was born on the waterfront but industry forced it to turn its back from the lake. With today’s announcement we are fulfilling our promise to reorient the city back to the water,”  said Zegarac.

The plan is part of Waterfront Toronto’s 2020 Marine Use Strategy Update, released after a year and a half of planning and public consultation. The plan is an update to the original 2006 Marine Use Strategy and contains new planning initiatives, development projects and habitat restoration projects. It is meant to address what Waterfront Toronto calls a growing and expanding user base interested in water-related recreation and transportation, and act as a roadmap to how to implement recommendations to improve Toronto’s harbour.

After a year and a half of planning and public consultation, @WaterfrontTO has released the updated Marine Use Strategy. It’s a roadmap for how we can unlock the full potential of our harbour by coordinating access to, into, and across the water: https://t.co/KmLDVG73yu

“Parliament Slip is where we can bring all of these features to life, create a more active and inclusive destination for everyone, and build a lasting connection between Toronto and the waterfront that we can showcase to the world.”

Public consultation on the plans is due to begin sometime in 2021.