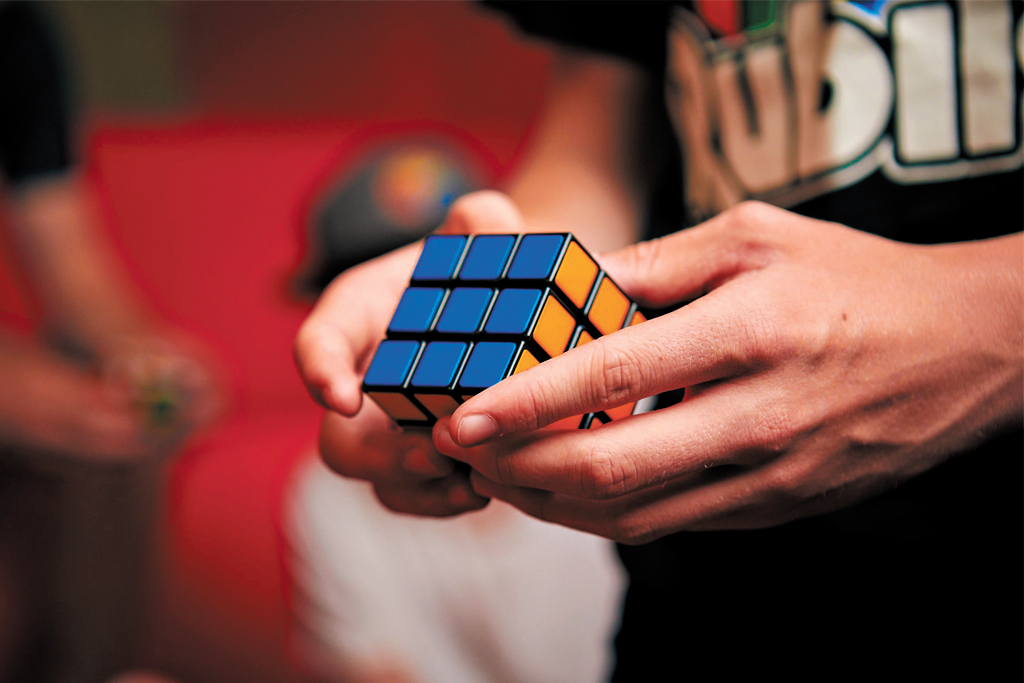 Established by Ronnen Harary, Thornhill’s Anton Rabie and Ben Varadi back in 1994, Spin Master has maintained its Toronto bona fides even while rising to the lofty heights of industry titans like Hasbro and Lego and becoming one of the top toy distributors in the world.

The company, which already owns the rights to popular toy brands such as Paw Patrol and Hatchimals, along with classic names such as Etch-a-Sketch and Gund, is purchasing Rubik’s Cube.

“We’re planning to bring it under one global effort,” said Varadi, the company’s chief creative officer, of Spin Master’s plans for the iconic puzzle brand, which he said had a fragmented ownership and distribution structure prior to being acquired.

Hundreds of millions of the twistable, skill-teasing cubes have flown off toy shelves worldwide since Hungarian inventor and professor of architecture Ernő Rubik’s creation was first licensed for sale 40 years ago.

It was originally called the Magic Cube and was sold by Ideal Toy Corp. It is widely considered to be the world’s bestselling toy.

“There are many growth opportunities for Spin Master with the Rubik’s brand as we transition to a blended model of direct sales in combination with existing partners globally,” said Rabie, Spin Master’s chair and co-CEO. “Our games division has continuously grown over the past decade and is a cornerstone of Spin Master’s diversified portfolio. The addition of the legendary Rubik’s Cube to our roster of games is a historic moment, and we are honoured to continue the legacy.”

The cube’s challenge endures: to solve the puzzle, the multi-hued cube must be twisted and turned until each of its six faces displays a single colour. Not only does the Rubik’s Cube remain a staple of family game closets, but there are also world competitions dedicated to solving it in the shortest amount of time.

The cube’s success in achieving a “generational attachment” has grown stronger even as modern gaming options continue to shift from tactile to digital, says Varadi. “There’s still a huge need to want to touch something that’s mechanical, three-dimensional that’s not just a screen,” he said. “You develop a different connection with it.”

Varadi first came across the cube in the early 1980s growing up in Don Mills. His first cube purchase wasn’t even the authentic Rubik’s, but a “knock-off.”

“They didn’t work as well, so you would have to remove the individual cube blocks and spread vaseline in the joints before putting it back together,” he recalled. “And then it would work a lot better.”

Spin Master has managed to reach the top of the global toy markets even while maintaining the core of its operations in Toronto and Thornhill where Rabie, the company’s co-CEO, hails from.

Although there was never a conscious decision to remain rooted to their hometown, doing so has not prevented the owners of Spin Master from expanding to 28 countries, including offices in New York, Los Angeles, the U.K. and France.

“There was never a disadvantage to staying in Toronto,” said Varadi. “I think it’s great, globalism at its finest, because the people from L.A. come to Toronto, and the people from Toronto can come to L.A., and it’s not like one is a lesser office or there’s any less love for one or the other.”

Varadi doesn’t rule out Spin Master purchasing other iconic toy brands to add to its already extensive collection. The company has made a strategy out of resuscitating classic children’s toy brands that have grown dormant.

“We’re always on the lookout,” Varadi said. “We’re ready to go, and when we find one we like, we believe we can really get behind it and make it work.”