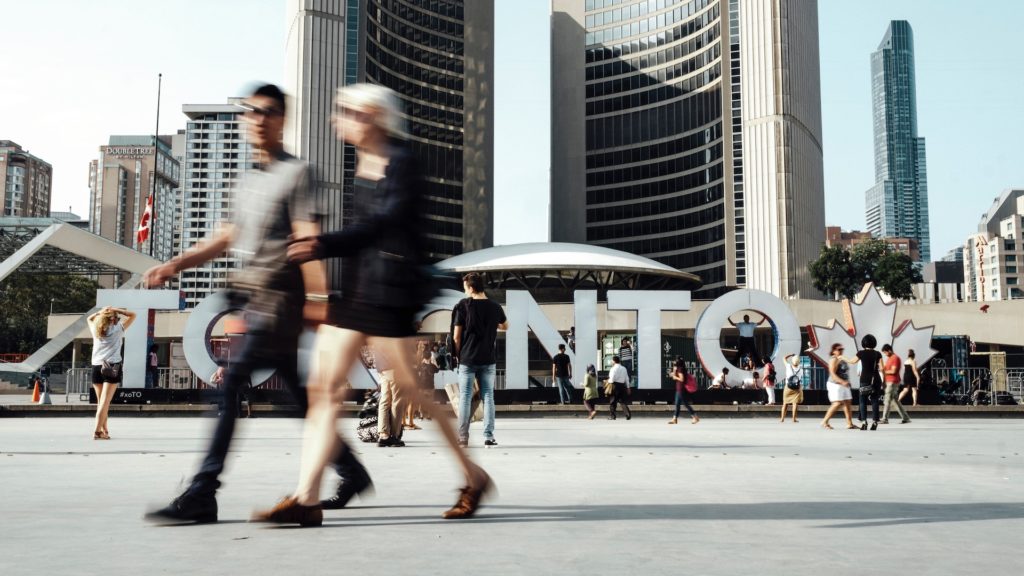 Long lineups, staff shortages, lost luggage, cancellations. Over the last few months, Toronto Pearson International Airport has been plagued by a sea of challenges; so bad, in fact that the city recently earned the dubious honour as having the worst airport in the world for flight delays. The 2022 summer season was supposed to be a comeback of sorts for Toronto’s tourism industry. Instead, it just feels like a reminder that while we’re making gains, the city is not completely out of the tourism slump just yet.

According to Destination Toronto, the city lost $8.35 billion in tourist activity in 2021, representing another year of significantly reduced visitor spending compared to pre-pandemic levels. And while this year, tourism spending has increased compared to the last two years, the bad press at Pearson probably hasn’t helped.

Canadian travel expert Adrian Brijbassi explained that although the woes at Pearson have been a deterrent to Toronto-bound travellers, he’s confident that it won’t cause prolonged damage to the city’s reputation, as Toronto isn’t the only city facing airport chaos.

“There are a number of airports dealing with delays as well as COVID-related issues, that it’s probably going be a short-lived deterrent to travel here,” he said. “I don’t believe that it’s going to hurt tourism long-term in Toronto.”

While there isn’t specific data available, a spokesperson for Porter Airlines, which operates out of Billy Bishop Airport on the Toronto Islands, said that they are operating a similar number of flights this summer as they were in 2019.

“August is expected to be among the busiest months in the airline’s history, primarily due to overall strong demand for people to travel after long periods of being unable to do so,” the spokesperson said, adding, “Some passengers have indicated that they purposely booked their flights at Billy Bishop Airport and we are seeing a number of new customers.”


Toronto Pearson did not respond to a request for comment on the airport’s potential impact on tourism in the city.

In recent weeks, several key steps have been taken to improve the current system at Pearson, including the implementation of eGates for customs declaration, which travellers can fill out 72 hours before departure. The federal government, too, has stepped up to the plate with a pledge to quickly bring on more employees and to bolster core operations to accommodate rapidly increasing demands. And this seems to be helping. According to FlightAware, Pearson has moved up from being ranked first for flight delays to fourth – an abysmal accomplishment, but perhaps a sign of positive change.

In June, Statistics Canada released its daily tourism data for May, which covered arrivals at major airports. While the data showed a rapid rebound, “recovery in Canadians going abroad has moved well ahead of visitors coming into the country,” said Andrew Grantham, senior economist at CIBC.

“It’s easy to pin the blame on delays at Canadian airports and the slower removal of travel restrictions compared to some other countries, however, that may only be a small contributing factor,” said Grantham. “After all, Canada is far from the only country experiencing airport delays related to quickly rebounding demand but ongoing staff shortages.”

Andrew Weir, executive director of Destination Toronto, said it’s hard to know how the challenges at Pearson have impacted tourism because there is no direct data on individuals who may have changed their travel plans.

“What we’ve clearly seen is an enormous surge and demand for travel in Toronto and that’s part of what’s led to these challenges, he said. “So, if one were to speculate that it’s having a downward effect on travel, I would simply point to the volumes at the airport and suggest the demand is still very much there and what we need to focus on is making sure that our systems can manage that demand.”

Weir says that while Toronto is seeing strong momentum in summer visitation and the return of some events, we’re not back to pre-pandemic levels just yet.

He points to data from July that indicates hotel occupancy was at about 77 per cent, while two large conferences in June led to an 83 percent occupancy rate. May was the slowest month at 69 per cent.

“Overall we’re still below pre-pandemic summer visitation, typically above 80 per cent,” he said.

Weir said over the course of the pandemic, urban destinations like Toronto have really lagged behind other destinations in terms of recovery post-COVID because they were hit the hardest. Travellers were looking to escape to places with fresh air and plenty of space, rather than city centres.

“In the last couple of months we’ve seen a strong return of urban travel and that’s been encouraging, though it’s largely been regional in nature meaning it’s largely people coming from other parts of Ontario or Quebec,” Weir said. “But other segments that are so important to a global city like Toronto like business and international travel have not come back anywhere near prior levels yet.”

Weir points out that outbound travel from China has yet to restart, which is an otherwise “vitally important” market to Toronto of over 300,000 visitors annually post-COVID. China is still limiting non-essential travel out of the country.

“I think most of the fundamental issues we’re seeing are related to the return of travel from the pandemic,” he said. “A lot of companies have not resumed a policy of business travel yet and the reality is some business travel may never return to the same extent.”

Weir is hopeful that one of the positive legacies to come out of this period is that locals will continue to seek out new neighbourhoods and cultural experiences throughout the city.

“We, as residents, are often quick to look past Toronto to other destinations when there’s some remarkable experiences right here.”