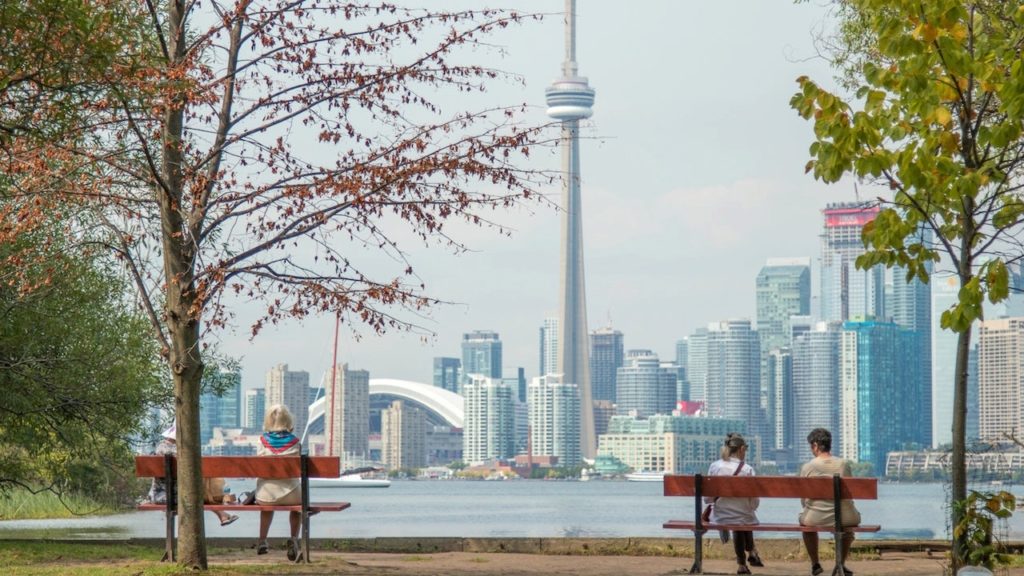 Home prices in Toronto posted the biggest drop of all but one other Canadian housing market between the second and third quarters of this year, says a new national housing report.

For the period between the beginning of July and the end of September, the median aggregate selling price of a Toronto home, including all types of houses and condos, both existing and new, was $1,127,300, down 9.5 per cent from the preceding three-month period, according to the latest Royal LePage House Price Survey.

Only Guelph — where the median aggregate price of $806,400 was down 9.6 per cent on a quarter-over-quarter-basis — topped Toronto’s declines. Prices in both southern Ontario cities, notes Karen Yolevski, CEO at Royal LePage Real Estate Services, surged over the pandemic, which partly explains the outsized downturns they’re now experiencing.

“A lot of work went remote, so we saw a lot of gains in those outskirts,” Yolevski tells Post City, noting some GTA buyers had eyed satellite markets like Guelph for more outdoor space and square footage during lockdown but, as people return to the office, this out-of-town demand has been drying up. “It’s not quite the same environment we were in before where you could easily work from home five days a week.”

Meanwhile, the return of life to Toronto’s downtown has insulated the city’s condo segment from sharper losses in unit values. The median price of a Toronto condo was $708,400 last quarter, representing a 4.6 per cent dip, compared to the median detached home price, which tumbled 8.3 per cent to $1,554,600.

“People are looking for condos again,”  Yolevski says, who adds that in addition to wanting more space, some buyers had previously turned to detached homes over concerns about communal living in multi-family buildings amid COVID-19.

For the Greater Toronto Area as a whole, the median aggregate price sunk 5.9 per cent on a quarterly basis to $1,098,100, or 2.1 per cent above year-ago levels.

“When you look at a market like St. John’s, you’re looking at a market that wasn’t as impacted by the velocity of home prices during the pandemic,” Yolevski explains.

In other words, smaller gains leave less room for price correction — though there’s a possible Toronto connection to the east coast market’s resilience, too.

“There is something to be said for people moving into some of these secondary markets, from Toronto and just from Ontario in general,”  Yolevski says. “We did see some of that also having some of an impact.”

Toronto’s drop in the third quarter nearly rolled back prices to where they stood at the same time last year, hovering just 1.5 per cent above the median from 12 months ago, according to the Royal LePage report, which is based on data from RPS Real Property Solutions. Hardest-hit Guelph prices remained 3.7 per cent higher than they were in 2021’s third quarter.

The Canada-wide median aggregate home price was $774,900, off 4.9 per cent from the previous quarter but still up 3.3 per cent versus a year ago. Rising interest rates are a major contributor to what experts are calling a correction — but they aren’t the only story, Yolevski suggests.

“It’s interest rates along with the overall increase in the cost of living being driven by inflation,” she says. “Inflation is driving up a number of costs that all impact… affordability overall.”

The Consumer Price Index, an indicator of inflation, remained up 7 per cent from a year ago in August, well above the Bank of Canada’s target of 2 per cent despite back-to-back monthly reductions.

In a downwardly revised forecast released alongside its latest survey, Royal LePage predicts the median aggregate price of a Canadian home will sink to $775,105 by year’s end, an annual decline of 0.5 per cent. For the GTA over the same period, the real estate franchiser forecasts the median price to sink by 3.5 per cent to $1,080,607.

When looking at the numbers — especially monthly or quarterly fluctuations — Yolevski emphasizes the longer-term context. For the Canadian and Toronto markets, after all, the correction arrives in the wake of multiple years of double-digit percentage leaps in prices. “That’s a lot of price value increase over a relatively short period of time, and we don’t anticipate that all of those gains will evaporate,” says Yolevski.