Toronto to Rio: Martha McCabe aims to medal in the breaststroke - Streets Of Toronto
Skip to content 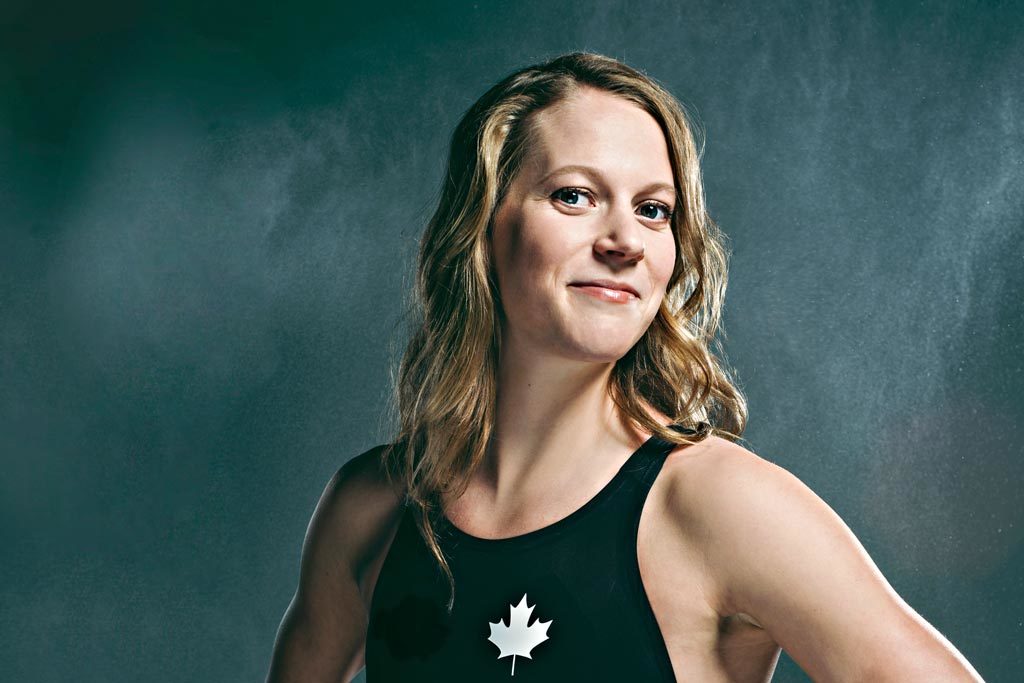 In the world of swimming, the breaststroke has a reputation for being an outlier, “It's a bit off to the side and has a lot of very specific things to it,” she describes.

Despite its unique attributes, the breaststroke proved to be one the Canadian swimmer excelled at.

This August, she will be competing for a medal at the Olympic Games in Rio de Janeiro, Brazil. It will be McCabe’s second Olympics. She travelled to London to compete in the 2012 Games, where she placed fifth in the 200-metre breaststroke. With a personal best this season of 2:23.1, she is again on track to be a competitor in Rio.

The Olympic Games begin Aug. 5, and Martha's training will continue at an intense clip until then: “We usually swim 10 times a week, and then on top of that we have dry-land sessions,” she describes.

Each in-pool session lasts two hours, and swimmers average around 10-12 kilometres per day. This is coupled with hour-long dry-land sessions that include weightlifting and intense circuit training with medicine balls. As Rio approaches, McCabe's training will taper off slightly, “We are still training hard and we race a bit,” she says, “As we get closer and closer to the games, the training will go down, it will be higher intensity, but a little less of it.”

Mentally, McCabe is keeping to a strategy that proved successful in London, “When I was going to my first Olympics in 2012, I kept on saying 'It's just another 200 meter that I'm going to do.' I had that mindset then, and I did the best I could at that time. And basically now, I have the same mindset. I'm just going to go in and focus.”

Success in athletics seems to be a bit of a McCabe family trait. Growing up in a very active household, McCabe, the youngest of four, was constantly watching her older siblings participate in sports. Her two older sisters were both varsity swimmers and finalists at the CIS championships, and her older brother was a varsity track and field athlete. Their activity was strongly encouraged by their parents, who staged “McCabe Olympics” at the family cottage, complete with medal ceremonies. Events in this family competition included a sprint race, a long-distance run, sand castle building, a run around the cottage and a swim to the floating dock and back.

As the youngest, McCabe would often bring up the rear, but she seems now to be reaping the benefits of the drive and competitiveness it elicited in her. It also taught her an important lesson in dedication, “I've always looked up to a lot of swimmers around me and learned a lot from them, but I think that for me growing up it was mostly just my siblings. I could see them working hard and improving.”

McCabe followed in the footsteps of her sisters and brother and was active in sports growing up. “I didn't specialize in swimming until I got to university,” she says.

It was while at the University of British Columbia that she decided to focus exclusively on swimming, where she eventually earned the role of captain of the varsity swim team in 2010-2011. Since her university days, McCabe has achieved enormous success on the international stage. But it hasn't been without setbacks. In 2014, she suffered a stress fracture in her clavicle, which left her unable to lift one arm above 90 degrees. Her training was significantly altered to allow her to continue to swim without the use of her arm, and it was a few months before she fully recovered.

As Rio approaches, she is looking to get back to her personal best time and gain a spot in the semi-final and final. Once the Olympics are over, she plans to spend a little more time in Brazil, before heading home to begin a cross-Canada drive she's organized. Running clinics across the country, “Martha's Canadian Drive”, will allow the Olympian the chance to share her personal journey from competing in age group sport to competing on the international stage. She hopes to inspire the next generation of athletes and swimmers to pursue their dreams. Though she'll be bringing her Pan Am and Commonwealth Games medals for everyone to see, hopefully she'll have an Olympic one to match.