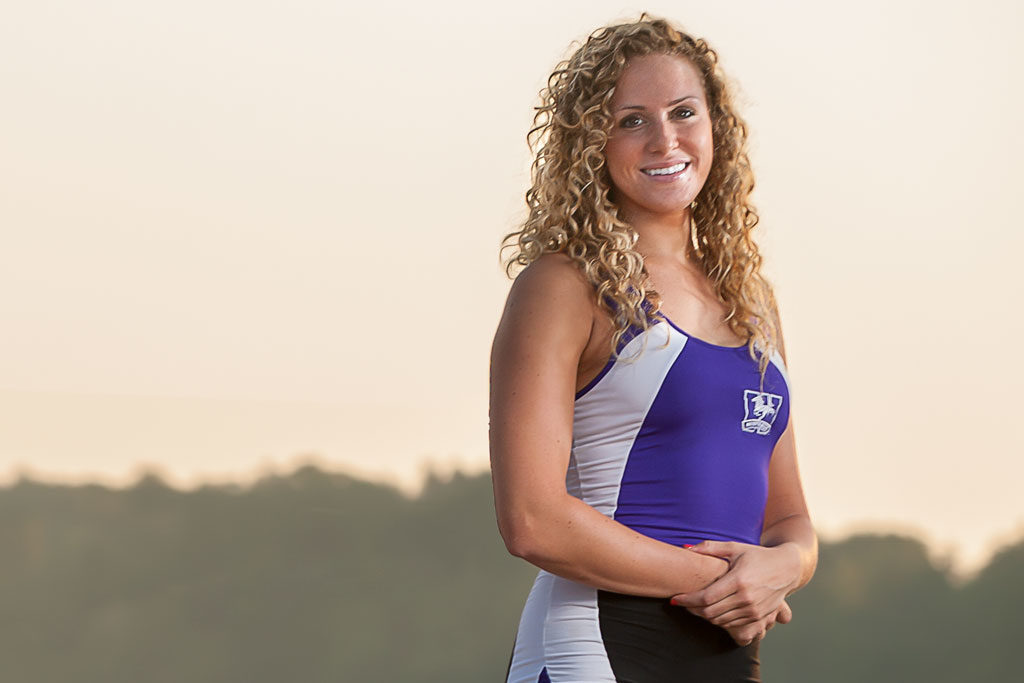 North York native, Jennifer Martins, came to rowing late in life. Starting her education in Faywood Arts-Based Curriculum School at Faywood and Invermay, the hopeful Olympian grew up painting, drawing and taking part in plays. In her early teens, having completed all swimming levels and still too young to start lifeguarding classes, Martins decided to start swimming competitively. This kick-started her passion for athletics and throughout her teenage years Martins played volleyball competitively, swam for North York Aquatic Club (NYAC) and played on a number of high school sports teams. The William Lyon Mackenzie grad says her teenage years passed happily in a whirlwind of school, sports and hanging out with friends.

Martins’ former NYAC swim partner told her about rowing, and during her first week at Western University she received a letter about tryouts. At age 18, Martins went to tryouts and made the novice team. She rowed with the Western team throughout her undergrad and in 2011, just three and a half years after starting to row, Martins made Canada’s under-23 national team. She then started training with the senior national team in the fall of 2012. Never one to shy away from a challenge, Martins also embarked upon a four-year doctorate of dental surgery around the same time.

Fast-forward to 2016 and Martins is a fully qualified dentist and en route to Rio 2016. In the run up to the games, a typical day for Martins means heading out at the crack of dawn for a row with her team, returning to shore for a second breakfast and then heading out for another row. After a couple of hours downtime the team returns in the afternoon for either a weight session, a core session or sometimes another row.

The 27 year old says she owes her success to her excellent time-management skills: “Growing up, I tried to always squeeze as much as I possibly could into every day. I’ve always been a never-say-no kind of person.”

Martins grew up around Bathurst and Wilson and still loves the area. She lives, works and trains in London, ON but says a move back to North York may be on the cards in the future: "I love that North York has got that quiet neighbourhood feeling but that it’s just an easy trip downtown too.”

For now, she’s focusing on the Olympics but on her return to Canada she plans to start working as a dentist fill time and pay down her student debt. Her family will be in Rio to cheer her on and Martins says she is thankful for all the people who will be supporting her from home.

“It means a lot to know that we have Canadians behind us watching from home,” she says. “This is an awesome country and I'm super proud to be representing Canada at the Olympics this summer.”